The history of SEO terminology

The history and origin of words is an intriguing subject for most. Many people do not put much thought into a word when they use it, but when an interesting fact is revealed they are left pleasantly surprised.

Take for example the word doomsday or doom. They’re fairly depressing words that instil a sense of fear and trepidation. Yet historically around the time when the word doomsday came into being, the term dooms meant to judge. The Doomsday Book refers to a book of judgement where the new found lands of William the Conqueror were tallied and processed for tax purposes. The term to meet your doom refers to the judgment a person receives from God after passing away.

This etymology of words led me to think about the history of words we use in SEO and made me want to see if the original meanings have any bearing on the definition of the words now. Could the original definitions help us understand the modern day concept of the words?

Canonical tags are a prominent feature in the SEO world, an essential tool in the combat against duplicate content. Yet why did the powers that be use this term? Why has it become a web standard?

The term canon referred to an order of clergymen or people of the church. Once a member was ordained they became a member of the canon. In other words, the church is the institution to which they belong and the canon is the order of priests, clergymen and so on. Life in the canon was strictly hierarchical and ordered, and a members position was strictly regulated according to law. This strict hierarchy of law and order within the church led to the definition of canon to go beyond its ecclesiastical borders.

In terms of SEO we only use the according to, or ordered by part of the definition, when referring to two or more pages that contain the same content. But the simplistic according to and ordered by definition for how to deal with duplicate pages has a beauty to it; stemming from the different uses for the term throughout history and down the centuries. It creates a sense of wonder to think that clergymen from hundreds of years ago invented a term that modern SEO professionals use with no deviation from its original meaning other than the abstract concept for which it is used.

The term meta was originally an ancient Greek word and its literal meaning is about everything. Again this is the perfect word to use in SEO for that all important meta-data, which we could look upon as being data about everything or in other words data about the page.

When we create titles, we are creating a short line of text that accurately highlights the topic of a page with highly relevant information. When we refer to meta-descriptions we are writing a description of the page that accurately encapsulates the content in 155 characters. The description, regardless of how short, is about everything.

Throughout history, in culture and science, the term meta has been used for many concepts. In political history a meta-narrative refers to the grand ideologies of the 20th century. Socialism, Conservatism and Communism, for example, are meta-narratives and the term is used because these political ideologies claimed to have all the answers within their ideological paradigm. In other words, their ideologies were ideologies about everything. They covered all eventualities; they were the way to go. 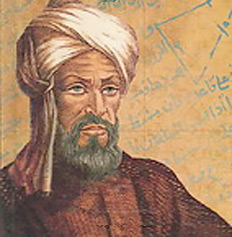 The term algorithm is important for SEO and one which we base our whole working lives around trying to figure out Googles complex algorithm. The word is defined as being a process or set of rules to be followed in calculations or other problem-solving operations. This definition has not changed much throughout the centuries but the origin of the word is fairly interesting.

Most fall into the trap of relating the term to the word arithmetic and assume that the use of rithm in both words means that the terms are related and that there must be some shared etymology. However, the modern version of the word algorithm is taken from a 1690s French word, algorithme, which was refashioned (under mistaken connection with Greek arithmos – number) from an Old French term, algorisme.

This Old French version was taken from the 13th century Arabic numeral system and the Medieval Latin word algorismus, which was a mangled transliteration of the Arabic Al-Khwarizmi, referring to a person native of the Khwarazm region in ancient Persia.

The reason why the term has been adapted from the name of the region Khwarazm is because in ancient Persia, it was traditional to assign birthplaces as surnames.

All of these adaptations of the word algorithm stem back to its origin and subsequently we can see that the term algorithm has no bearing or relation to arithmetic or any other numerical based word. Instead we find that the words origins are due to its ancient Persian heritage, particularly through the surname Khwarazm – the surname of Abu Ja’far Muhammad ibn Musa al-Khwarizmi (algorithm), or the man that invented the algorithm as a concept pictured above.

The successive deviation from the original word since then is due to confused scholars and other confusing elements such as coincidental syllables. Al-Khwarizmi is one of the major figures responsible for introducing sophisticated mathematics to The West, the study of algebra was also another one of his creations.