The new social media sites you should be on

Home    Insights    The new social media sites you should be on

We all know about the social media giants Facebook, Twitter and to a lesser extent Pinterest – but these are in no way the only social channels on offer to us. So what other networks should you be using…? 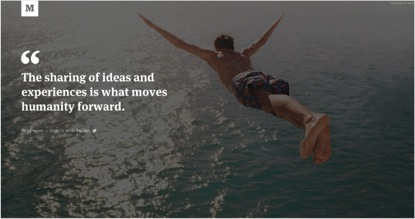 Medium boasts a clean-cut design and a sophisticated user base, trying to move us away from cute animal videos to carefully crafted content.

Medium is in closed beta but everyone can still sign up for updates, features and to find out when the site is open to all. Right now you can still view great content from a selected few members.

The site has a Twitter-like feel with a little bit of Tumblr thrown in. Although this is a social platform, I can’t imagine it taking off like Facebook (funny clips and embarrassing photos are always a winner) but it could become a great resource for easy to share useful content.

Runkeeper isn’t a new concept, founded in 2008 to be a smarter more social and fun way to train. Beginning life as a mobile app, Runkeeper is now a successful health network. Aiming to be the Facebook for fitness fanatics, Runkeeper boasts a growing user base of 25 million users. We’re getting closer to the day people stop sharing constant gym updates while we’re having pizza for dinner 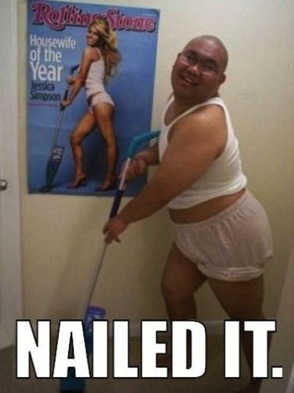 It’s okay to be a little vain with the likes of Instagram giving everyone excuse to post selfies. Launching as an iPhone app in early 2011, Pose has grown with millions of users posting their top tips on what to wear and how to wear it in a similar style to Instagram and Pinterest.

The ideal site for fashion bloggers and #outfitoftheday hashtaggers Pose could draw users away from the mainstream social networks to a more fashion focused network.

The creators of Hootsuite have developed Conversations. Conversations is aimed at office workers and teams to boost internal communication. It has a similar feel to Facebook and Twitter. The appeal of Conversations is really the ease of being able to communicate with many people at once across an organisation – without any of them being able to see your embarrassing tagged photos. Though some people will always prefer just picking up the phone!

Nextdoor is a place for neighbourhood communities to come together. The site has gained a massive following in the US and plans to take on the UK in 2014.

The creators of Nextdoor are trying to allow us to connect more with our neighbours and make connections online that translate into real life.

According to their research 3.5m Brits have never seen their neighbours! It will be interesting to see if this takes off in the UK and if well start speaking to each other…

Sulia is a subject-based social network from the guys at Mashable. The homepage is similar in a way to Pinterest though the concept is much more structured. Sulia differentiates itself by having network managers and sophisticated algorithms to identify the experts and best sources across thousands of topics. Sulia wants to help us discover new sources and find out more about our interests with relevant and trustworthy sources.

It’s possible Myspace might make a full circle and be back at the centre of attention again. It seems they’ve stopped trying to compete with Facebook and concentrate on what attracted many people to the site in the first place – music! Back in the day, Myspace was the place for budding musicians to connect with fans. Facebook has never quite integrated music into its site in the same way Myspace did. With their connections with Justin Timberlake and record labels, it could become a Spotify-come-Facebook type platform and a new way to discover music.

Facebook and Twitter both have their following and it’s unlikely we’ve heard the last of Facebook yet. But the internet is a fast-paced environment and we’ll soon be bored and moving onto the next big thing. Pinterest is likely to keep rising as the image-board style site becomes more popular and it seems well be using social-media sites that suit our preferred niche rather than information overload. But, will we really ever be able to stop sharing pictures of cute animals?