We all know that in the ever-expanding world of digital, nothing stands still for long, so keep on top of developments with this collection of updates touching on markets around the world.

Despite the extensive coverage surrounding Google’s mobile algorithm update and the race to retain SERP position on mobile devices, some large scale French sites suffered heavy penalties after the go-live, according to data monitoring service Yooda.

On average, the top 100 websites in France experienced a 5% drop in results visibility and saw 7% fewer kewords ranking on page one. However, these penalties pale in comparison to the damage done to some online businesses.

French ecommerce giant Rue Du Commerce, which turns over billions of euros each year, lost 36% of their visibility in the results pages – more than seven times the average. Similarly, second hand sales platform Le Bon Coin saw a 14% reduction in keywords ranking on page one, a considerable blow when your traffic relies on around 10 million unique visitors each month.

However, recent data from French agency Synodiance sheds further light on the matter: mobile search accounts for less than a quarter of those made on the top 100 ecommerce keywords, with that figure rising slightly to 40% exclusively in Paris. This not only tells us that mobile optimisation and mobile search volumes are closely intertwined, but implies that anybody who invests in a slicker mobile experience ahead of the pack will reap considerable rewards.

With Google recently announcing that mobile searches outrank those on desktop and tablet across a number of countries, brand exposure and revenue streams from people on-the-go (or simply using a phone as their principle device) is fast becoming the rule as opposed to the exception. Instead of it once being an inconvenience to traditional optimisation, it’s clear that online retailers of all forms should now regard mobile as the de facto method for harnessing conversions. Businesses should ignore the new focus on mobile search at their peril considering that evidently nobody is too big to take a hit.

The German Federal Institute for Statistics found that over half the population (45 million people) has bought online in the past 12 months, with two thirds purchasing clothes or sportswear. Other popular categories include furniture, toys and books, as well as holiday accommodation and events tickets, demonstrating the diversification of ecommerce within Europe’s economic engine room. 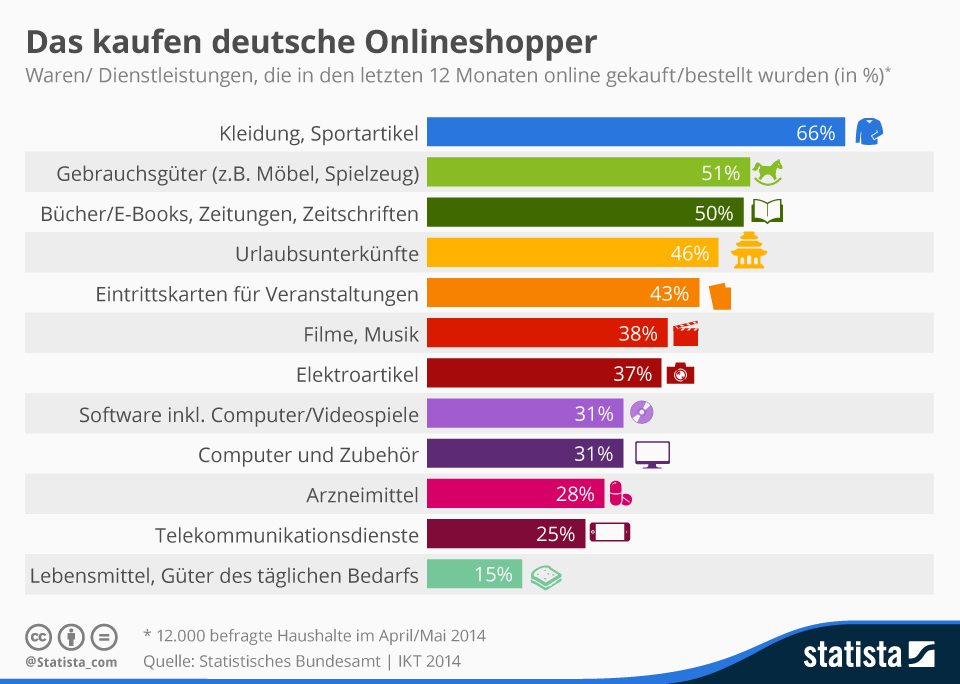 With traditional areas like fashion and homeware continuing to grow, some sectors still remain open for development; the fact that only 15% of internet shoppers in Germany have bought food and groceries online in the last year shows that there is massive scope for brands and vendors looking to operate in this area.

It is well known that relative to population size, buying online is a much less trodden path in Germany compared to highly active markets such as the UK. However, steady growth over recent years has seen internet sales cement themselves as a core mode of purchasing, helped along by the growth of micropayment services such as PayPal.

Latin America and South-East Asia most active with social media

Recent data from Global Web Index shows that in terms of time spent on social networks, eight out of the top 20 countries are located in South-East Asia. Principal amongst these are the Philippines (3.5h/day), Malaysia (2.8h/day) and Thailand (2.7h/day). Indonesia, Vietnam, Taiwan and Singapore also add to the large presence from the region, each with over 2.5 hours per day. 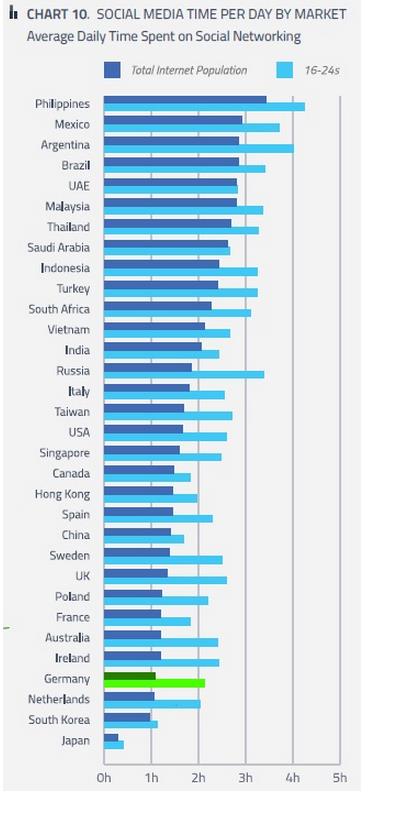 Perhaps more impressively, three Latin American nations are featured in the first five entries, with Mexico, Argentina and Brazil all clocking around 2.9 hours per day on social networks such as Facebook, Twitter and Instagram.

With time invested in social media channels particularly inflated in these specific regions, any successful international digital marketing campaign focussing here should look to capitalise on the huge exposure social platforms offer and engagement with the audiences they provide will be pivotal to success.

Not all international digital markets operate at the same volumes and in the same manner, but it goes without saying that keeping abreast of the developments in and particularities of each one will give online businesses the advantage in competing over hard-fought territory or influencing the region as a pioneer in their relative sector.