A large part of SEO is guest posting. There are a number of SEO experts out there advising on how to make your keyword density appear natural and so on but what concerns me, when it comes to my writing, is whether it is appealing to humans as well as algorithms.

SEO writing can be said to be somewhat compromised by the limitations of keywords and the businesses our clients are involved in. This presents a challenge; creating interesting, informative and entertaining content that is still relevant to the keywords we need to build links around.

Relevancy is important for a few reasons:

1 | High quality blogs are unlikely to accept guest posts that reek of SEO. Content, however well written, with an irrelevant anchor text link, might as well be spam. It is ugly and reflects badly on the post’s intentions regardless of the post’s quality. To use a strained analogy; put your bin in the middle of your garden and nobody will care about the quality of your flower arranging, they’ll just want to know what possessed you to put your bin there.

2 | It may be the case that you aren’t that concerned about the guest posts quality so long as you get your link (this does not apply to anyone at Search Laboratory obviously – we don’t work this way for good reason). This is not effective really as Google is getting much better at finding this type of writing and devaluing it. By writing relevant content you are not only making it better to read in the present but safeguarding it for the future. In six months, as algorithms get more sophisticated, you don’t want to be contacting a webmaster asking them to take down a post you wrote about holidays in the Maldives because it contained a spammy, irrelevant link to a mechanics firm in Huddersfield!

3 | Writing relevant content makes you feel better. SEO’s will know when they have sent something off to a blog that is a bit incongruous, it probably isn’t a nice feeling; certainly not as nice as sending a high quality piece you are actually proud of anyway. Put it this way, if someone not involved in SEO asks about your writing – what would you prefer to show them? The good relevant stuff, right? 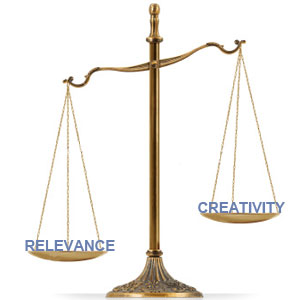 Now, while we have established that guest posts have to be relevant, this does not mean they have to lack variety. I’m going to use a post I recently wrote as an example. While brainstorming the topic of video conferencing I remembered the sheer amount of films I had seen where people in the future were communicating through video-screens. This led me to write a guest post about video conferencing in science fiction films and how accurate the predictions of these films had been. This opened up a whole world of possibilities when it came to approaching bloggers. This guest post could appeal to film blogs, sci-fi blogs, geek culture blogs and so on. The article was still relevant because, despite being about films, (and I won’t lie I enjoyed writing it because it was about films) it was also undeniably about video conferencing so the link did not look out of place.

I believe that as long as the internet has words in it then writing will be part of SEO. There is a concern in the industry that SEO guest posts are becoming increasingly unpopular with bloggers and Google; convincing many that guest posting should have less prominence in link building. I disagree with this assertion. The reason bloggers are becoming cynical towards SEO is the fault of poor SEO in the past, not Google or anyone else. If we all strive to strike the balance between creativity, relevance and quality we will ensure that the SEO industry’s reputation when it comes to delivering quality written work is restored throughout the blogosphere.

Any comments or questions are welcome. If you want to ask anything directly I can be contacted on twitter @KevinBall1982 or follow @searchlabs for regular search marketing news and updates.