While Google Glass might not be widely accessible to the public until 2014 at the earliest, it’s already enabling us to conceptualise how the future of digital advertising will appear.

Google Glass is set to be part of the first range of what is being dubbed “wearable smart-devices”. Sharing live video and virtual maps are all pretty interesting developments of the hardware, alongside Augmented Search Results – where additional information virtually appears surrounding the object in focus, for instance additional information on the building you’re looking at.

The introduction of these smart devices does pose a prevalent question for users: Will my experience be constantly hindered by advertisements? 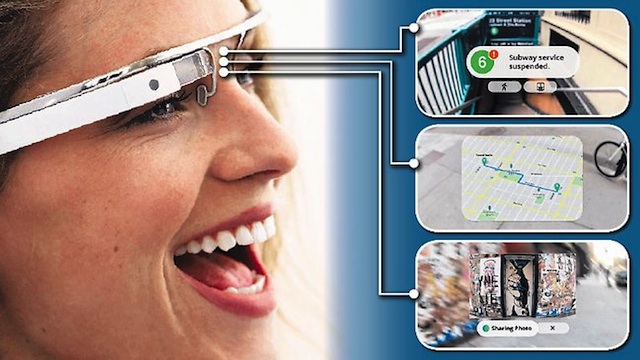 Introducing Pay-Per-Gaze (PPG) Advertising, where adverts can be introduced natively into a consumers world easier than ever before. However August 2013 saw Google announce that it has no plans to roll out Pay-Per-Gaze, four days after securing a patent on the technology. Is this going to be another case of Google contradicting itself on feature announcements?

Either way, a world full of Google Glass advertising doesn’t worry everyone, and some speculate that this could actually benefit consumers and advertisers alike in a variety of manners. For example, a user viewing a billboard, could have additional content play through Google Glass. Alternatively, Google Glass could recognise that you’re heading towards your routine morning coffee shop and advertise a competing store, with offers to tempt you away from your normal haunt. Publishers could potentially make use of Google Glass, in order to enhance advertisements in printed media. For example, flicking through a fashion magazine with your Google Glass on could prompt additional information based on which ads you spend more time glancing at. 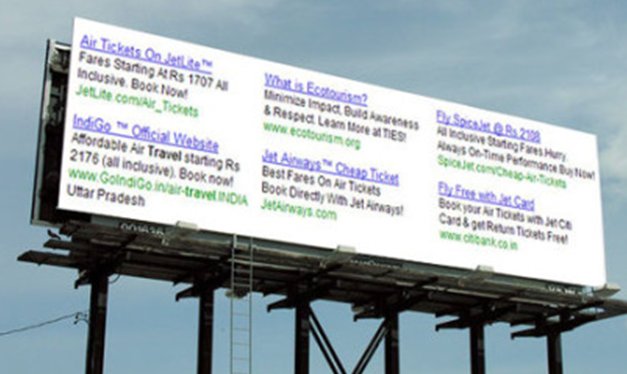 From Concept to Practicality

Exploring beyond this conceptual stage of how amazing it would be to have an advert leap off the page and give you more content, there are however a huge number of practical issues to be addressed.

Firstly, it would be naïve to assume that the only interested parties in advertising on Google Glass for real world products are the ones directly related to the product. A billboard advertising Breaking Bad would attract interest from marketers wishing to further advertise the show, as well as people seeking to advertise similar or competing shows.

How will this competition be incorporated? Having competition over specific subsections of the billboard could lead to very small viewing areas where an advert would activate or a complete lack of competition from firms purchasing the entire space available.

Also, how long will a user need to look at a specific advert in order to activate its additional content? If this is decided by the advertising firm, expect to see short time windows to ensure the flashier content reaches users quicker. Give the control to consumers, and allow individuals to define their own timescales and you have the potential to avoid the enhanced content all together.

Standardised times in which adverts appear across different advertising platforms could therefore be the norm, though this is no easy decision. Selecting too quick a time could see users flooded with advertisements, leave it too long and the additional content runs the risk of being pointless with fewer people seeing it.

However the most interesting new opportunity can be seen by expanding the above example of two competing coffee shops. Currently its practically impossible to tailor adverts to detect when a user is about to convert on a competing website, but this could be a reality within the real world. In a situation where a consumer can be offered a better deal on their morning coffee from a local competing business before they purchase their usual beverage, they’re bound to be better off right? 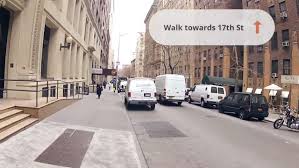 Personally, I would disagree. This process has the potential to perpetuate, with consumers constantly being offered better deals on products until the consumer accepts that the offer isn’t worth relocating for.

If you can handle the advertising, these offers might not be such a bad thing – but personally, if this happened with every purchase I made, the novelty would quickly wear off.

Finally, one of the biggest issues I feel Google Glass would face by introducing PPG is the fundamental question advertisers encounter: Is it going to add value to an advertising campaign?

Tracking the effectiveness of advertising and attribution could be difficult within Google Glass – how would you know whether the flashy advert popping out of the billboard actually convinced the viewer to your product? Or whether the customer taking that discounted coffee was a product of your Google Glass campaign?

With these points in mind, perhaps Googles patent for PPG and an announcement that it never intends to introduce the technology in the same week is less contradictory than it first appeared. Could it simply be a way to defend its product from inherent flaws that PPG technology could bring if introduced by third party or competing firms?

Whatever the agenda, I believe a world of native advertising effortlessly integrating into the real world, with everyone being better off still seems a little too rose-tinted.