Home    Insights    Facebook maps the way for mobile with Atlas 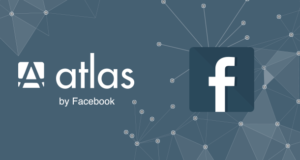 At the tail-end of September 2014 Facebook re-launched Atlas, an ad-serving and measurement platform that has the potential to significantly change the programmatic landscape. Acquired in 2013, it has been rebuilt to focus on a major issue facing advertisers in today’s market: how do you effectively reach people on mobile?

Cookies are an invaluable part of tracking and measurement on desktop, but present some difficulties when it comes to doing the same on mobile. Users can begin their purchase path on a mobile browser, continue on to a store’s app, and then actually make the purchase on a desktop. Each stage means that a new cookie is brought in, leading to risks of double counting or missing valuable users. It is possible to mitigate these issues to an extent, but a true cross-device solution will remove them altogether – something Facebook believes it has done.

The potential solution provided by Atlas is to forgo cookies altogether and instead replace them with Facebook’s own ID system. As Facebook IDs remain the same regardless of the device being used, advertisers can track impressions and clicks across any device where the user is logged in. It isn’t perfect – not everyone will be logged in to Facebook, and it stops being as useful if multiple people use one device – but it’s a considerable improvement upon device-locked cookie tracking systems. This is not the only proposed solution in existence, but Facebook’s size means that it has the user base to actually make it work.

This is not to say that the age of mobile tracking cookies is over. Cookies are still the bedrock of desktop advertising, and the tracking data available through them is still invaluable for all devices. A Facebook ID based targeting system does not have the same tracking capabilities as cookies do – a user might “like” something, but that doesn’t mean that they’re looking to buy it right now – and so advertising based on intent will see minimal benefits from Atlas targeting as opposed to other platforms (although Facebook does have some behavioral targeting capabilities).

Atlas is not a revolution so much as a new method, but the possibilities it represents could change the way we approach programmatic in the future, particularly on mobile. The question now is how other companies will react to this, particularly Google with its own giant network of users. The cookie is staying, that is certain, but the future of programmatic is going to be in the alternatives.