While Black Friday is a key calendar date for ecommerce managers in the US and UK, the approach to the event and its popularity differ across the world. We take a look at how big the Black Friday event is in other countries and the cultural differences around promoting the event. We also outline other big sales events from around the world that should be in the promotional calendars of international marketers.

In Europe, Black Friday varies in popularity from region to region and each country has its own preferences. In France, brands rigidly stick to two national sales periods controlled by law: July and January. As a result, Black Friday is largely limited to online.

It has also been suggested that the term ‘Black Friday’ is associated with the 2015 terrorist attacks on Friday, November 13th in Paris. As a result, the event is often given a different name to avoid any negative connotations.

In Spain, it wasn’t until 2012 that a small group of Spanish stores first decided to introduce the idea of a pre-Christmas sales day. In 2014, they were joined by some of the country’s largest retailers, including department store chain El Corte Inglés and fashion retailer Mango.

However, the Spanish Trade Confederation says there remains reluctance in the capital of Madrid for small and medium establishments to follow the trend of Black Friday sales events.

Cultural differences mean that for some countries, sales events need to take place earlier or at specific times. In the Netherlands, the country celebrates St Nicholas Day (Sinterklaas) on the 6th of December, and a lot of families will give gifts on this morning or on the evening of the 5th, instead of Christmas.

For Dutch stores, the Netherlands version of Black Friday begins on the Monday following the US Black Friday and before Sinterklaas in order for everyone to have their gifts ready.

In Greece, gifts are given at New Year as opposed to Christmas. Despite this, a survey by Deloitte showed that 1 in 10 Greeks did their gift shopping on Black Friday last year. 2017 was only the second year in which the country took part in the sales event.

The Black Friday concept has rapidly gained ground in Eastern Europe, with Romania being an early adopter. Local retailer eMAG was the first to launch Black Friday sales on a wide scale in 2011, and the event has been growing each year since, with more and more local retailers joining in.

According to a Kantar Millward Brown survey that was carried out after last year’s Black Friday event, almost half (47.5%) of the Romanians who placed a purchase on Black Friday, did so solely online. eMAG held their Black Friday event on Friday November 17th last year, a week before the official US Black Friday date.

While a few years ago Black Friday was something of a novelty to Hungarians, it is now becoming a yearly tradition. 9% of shoppers actually do pre-sale preparation before it even starts to make sure that they are able to buy what they want, and a fifth having a list of products that they actively look for.

In China, Black Friday is dwarfed by Singles Day on November 11th, which is one of the biggest sales events of the year.

The day was originally created by students in the 1990’s specifically for single people. The event occurs every year on November 11th, which is significant as the four ones in the date (11/11) represent single people.

Singles Day was adopted by e-commerce giant Alibaba in 2009. In 2018, Alibaba hit $30.8bn in sales, up 27% on last year. In recent years, retailers such as Waitrose and Topshop have taken part in Singles’ Day as part of their strategy to gain a foothold in the Chinese market.

While Black Friday and Cyber Monday are big news in Australia, they also have a big online shopping event called Click Frenzy. It takes place on the third Tuesday in November and sees Australian retailers offer discounts over a 24-hour period. It has widely become known as ‘the sale that stops the nation’ taking place two weeks after ‘the race that stops the nation’ – the Melbourne Cup.

Many Click Frenzy bargains are centralized on one website allowing users to find deals across different products and brands. The first Click Frenzy event in 2012 caused the website to crash due to high visitor numbers, but it has since been updated to withstand large amounts of traffic.

Hundreds of retailers take part in the scheme, from global brands to more local stores, in what is increasingly being seen as the official start of the Christmas shopping season. An additional May ‘Mayhem’ sale now takes place in addition to the November event.

Malaysia’s biggest online sales event is called #MYCYBERSALE. Now in its fourth year, the event occurs every October and lasts for five days. International brands, such as Uniqlo, have taken part in the event in the last few years.

With more than 600 merchants taking part last year, #MYCYBERSALE made its way into the Malaysia Book of Records for the highest number of online merchants in an online sale event.

In Mexico, El Buen Fin (the Good Weekend) has become a major four-day shopping attraction and one that helps to give the country an economic boost. Created in 2011, the shopping weekend began as an economy-boosting measure by the Mexican government.

The event takes place over four days and is generally the week before the Mexican revolution holiday in late November. Those taking part in the event, post a red and white sign in their shops. Historically the event has largely been an offline success, but in 2016 internet sales grew by 70%.

Mexico also has a smaller sale event that is held exclusively online called Hot Sale, which is run by the Mexican Online Sales Association (AMVO). The event takes place over four consecutive days in May and June and has been running for four years. In 2016 over 1.6 million items were sold with sales growing by almost 200% compared to the previous year. 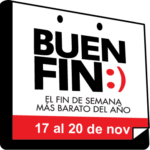 In South America, Brazil is a big adopter of Black Friday. It is known by its English name, rather than translated into Portuguese, to reflect its US heritage.

In general, the Spanish-speaking parts of South America have been slow to adopt Black Friday, but have introduced major Cyber Monday events since 2013, often centred around the Chile-based retailers such as Cencosud, Fallabella and Walmart Chile.

The Cyber Monday events in South America take place on the four Mondays in November, one in each major country, starting at midnight on Sunday, with a supplementary sale in June, known as Cyber Day, also taking place.

There is no denying that Black Friday and the accompanying Cyber Monday have become an ecommerce phenomenon.

However, it is clear to see that the although Black Friday is now global, different countries expect retailers to approach it in different ways. There are also many more sales events across the world that can prove lucrative for international retailers. If you need help with your market-entry strategy please get in touch.