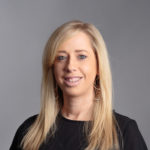 With shops, restaurants and even schools opening back up, life now looks a lot like it did back in February before the UK went into lockdown.

Despite the return of brick and mortar shopping, the market has changed as a result of the pandemic. The physical shut down of shops and stores saw users move to online purchasing, with ecommerce websites receiving more traffic and more sales as a result. Cross-border ecommerce increased, online marketplaces usage grew, and for many businesses, this increase in online revenue saved their business during a very challenging few months.

The pandemic has resulted in growing online markets

With many businesses being forced to close, leading to the economy shrinking in the first half of the year, the pandemic took a heavy toll on the US and it is expected to be a challenging few months for many sectors.

In other parts of the world, the pandemic actually helped to strengthen ecommerce markets. This has mostly been the case for countries with large populations that were experiencing organic growth in internet penetration before the pandemic, but the market shift to online consumption has helped to accelerate this growth.

The fastest-growing ecommerce markets are:

For US businesses, these growing markets offer an opportunity to recover from reduced sales and revenue. By offering your products in these territories, you can capitalize on growing spend.

Each market has its own advantages and challenges, and some will be better suited to your industry and business more than others. Before you expand into any new market, you will need to conduct thorough research to identify if there is demand, whether the expansion will be profitable, if there are any laws prohibiting the sale or marketing of your product, etc. This will help you to identify and launch into a market which will deliver an ROI and help your business to grow online.

In this blog, I will explore three of the fastest growing ecommerce markets and the opportunities they hold for ecommerce brands. 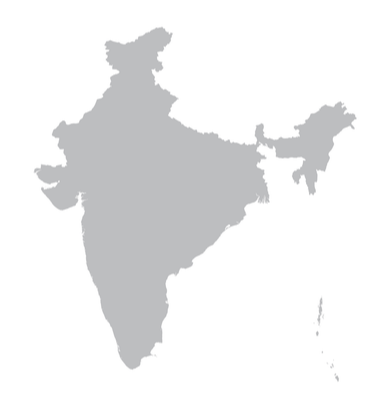 Last year, India’s online retail sales came in at $42.8 billion in revenue. This year, this figure is forecasted at $51.52 billion, and by 2024, online sales are predicted to reach $119.99 billion as a direct result of increased exposure in the market.

India is home to the second-largest population in the world (1.4 billion), with 24% of the population being digital buyers. Last year, it was the second-fastest-growing market, despite already being the world’s eighth-largest ecommerce market. The growth has been largely due to increased penetration of smartphones and the internet among the population, as well as the country’s unified payment interface (UPI) which makes digital payments much easier, but temporary closure of stores due to the pandemic accelerated this growth.

There are three main marketplaces used by the Indian population: Amazon, Flipkart and JioMart.

Amazon has invested billions in India since launching there in 2013 and is set to continue to invest and expand in this market. As more and more of the population become digital users, and Amazon set to be one of the country’s leading digital ecommerce platforms, stocking and marketing your products to Indian Amazon users should see a steady growth of sales.

The final major player to consider when launching into India is JioMart, an ecommerce platform with strong connections to India’s leading telecom networks, stores in over 200 towns and cities, and plans to expand to another 1,000 districts in the next year. Consumers are also able to order from JioMart via WhatsApp thanks to a $5.7 billion investment from Facebook.

Before launching your product or brand in India, it is important to consider any challenges you might face.

Regulations aimed at foreign owned companies wanting to sell in India means they are required to pay 2% commission on revenue they make, plus are unable to use certain discount techniques, sign exclusive deals, or even sell through firms they own a part of. This makes it much harder for foreign firms to compete on price or even product selection.

There are also challenges that have come as a direct result of the pandemic, as both deliveries and what products ecommerce retailers could sell were restricted during lockdown. While this isn’t a long-term issue, it may impact what you can sell and whether you can deliver it to your customers while some restrictions are still in place, as well as in the event of a second wave. 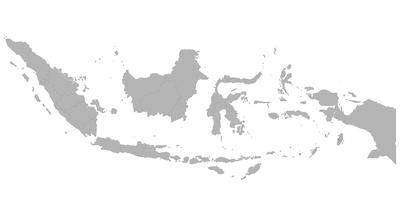 Despite these large numbers, this accounted for just 4.4% of the country’s total retail sales last year, meaning there is plenty of opportunity for ecommerce growth – ecommerce is forecast to grow to 7.7% of retail sales by 2024, a total of $26.17 billion.

Many major retailers have been affected by Indonesia’s social distancing measures and are unable to open, which has meant consumers across the country have had to turn online for their purchases. Consumer behaviour and perception has changed as a result, too; a report by McKinsey shows that Indonesian consumers are more likely to use online marketplaces for purchases now than they were before the pandemic.

There are four major ecommerce platforms that are widely used in Indonesia: Shopee, Bukalapak, Tokopedia and Lazada.

Having already been established in neighbouring countries like Taiwan, Shopee launched in Indonesia in 2015; in 2019, orders were up 124.6% YoY and in 2020 Q1, the site received 71.5 million web visits in Indonesia, making it the most visited ecommerce site in the country.

Bukalapak was founded in Indonesia in 2010 and was launched international last year. In Q1 of 2020, the site received 37.6 million monthly web visits from Indonesian consumers – not as impressive as Shopee, but with its new international venture, the platform is predicted to grow revenue which is likely to be reinvested back into its Indonesian offering.

Alibaba owned Lazada launched in Indonesia in 2012 and has since become a major ecommerce player in the market. The platform benefits greatly from being owned by Alibaba; from strategy, to financial investment, key factors which should allow the platform to generate the same success in Indonesia and other South East Asia markets as they have in China.

Indonesian based marketplace Tokopedia is another strong contender, although the platform is based solely on resellers and has no inventory itself. Tokopedia has received funding from players like Alibaba, and investors in its current round of funding includes Google. Lack of inventory means resellers will not have to compete with the platform on products or price.

While the Indonesian ecommerce market is rife with opportunities, it comes with challenges. Only a very small portion of the population owns debit or credit cards, which means brands wanting to sell in this market will need to adopt GoPay, an Indonesian-based digital payment company, if they are to sell here.

Another setback to consider is the logistics of delivery. The Indonesian population is spread across five separate islands; how will you ensure you can deliver to the entire country? Different regions may have different delivery restrictions as a result of the pandemic, too, which may make delivery slow or near impossible during the pandemic.

The Indonesian government also have regulations in place which mean foreign merchants are required to have certain business licenses before they can operate in the country, and anyone making over 1,000 transactions within the country annually will need to establish a representative for foreign trade. This can push up the running costs of entering Indonesia, meaning it will not be worth doing for all businesses. 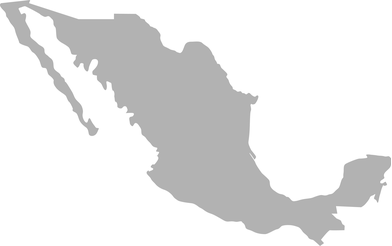 Even before the pandemic, Mexico was experiencing huge growth in the ecommerce market; almost $21 billion was spent online in 2019 before COVID-19 hit, with an estimated 35% YoY growth in 2019. The country is forecast to grow 20.9% YoY ($24.93 billion) in 2020 due to the strict shut down on all nonessential shops and social distancing measures, which left consumers unable to shop in store between March and June, and it’s predicted to reach $33.68 billion ecommerce sales by 2024.

Currently just 23.2% of the Mexican population purchase online, yet the country has a 62.5% internet penetration which shows plenty of room for growth.

Prior to the lockdown, a lower price point was the main reason that Mexicans went online to shop. For businesses wanting to sell online in Mexico, they will need to compete on price no matter which platform they choose to sell on.

Mercado Libre is one of Mexico’s main ecommerce platforms. As well as operating a marketplace, it offers payment, logistic and ecommerce solutions for sellers which may account for its popularity; in Q4 2019, Mercado made $96.3 million in Mexico, the third largest amount out of all the LATAM countries it is in. As well as sending more consumers online, the pandemic has helped Mercado to increase its product offering as it lowered listing fees to encourage more sellers move online during lockdown.

Since launching in Mexico in 2015, Amazon has become one of the most popular marketplaces in the this market thanks to a series of initiatives, such as the launch of its own debit card and allowing Mexicans to deposit money into their accounts at convenience stores. These features are particularly relevant in Mexico where only 37% of the country have bank accounts.

Walmart have been operating in Mexico since the early 1990s, and with stores in over 2,500 locations, it is Mexico’s biggest retailer. The pandemic led to huge growth in Walmart’s ecommerce sales; 68% ($124 million) in 2020 Q1, and there is still plenty of room for growth as this only accounted for 1.6% of the retailer’s total sales in Mexico.

As mentioned above, not all of the population in Mexico have bank accounts – 42% are without. For ecommerce retailers, this means there is a need to provide alternative routes for consumers to pay. Amazon’s feature which allows users to deposit money into their account is really useful for both consumers and businesses, but with restrictions in place for accessing shops during the pandemic, may not be as attractive to consumers right now.

Another challenge to consider is the US adoption of the market. Due to the proximity, many US retailers already target Mexico’s ecommerce market. This means more competition, both in terms of product selection and price, for Mexican merchants and any foreign brands who wish to enter the market here.

Is this move right for your business?

These are just three countries which offer exciting ecommerce opportunities; there are more markets worldwide which are growing at a steep rate despite, or due to, the pandemic.

Before deciding whether or not to launch your business into a fast-growing market, consider whether this move is sustainable. Markets with large populations and a steadily growing internet and smartphone penetration rate are likely to continue to grow at a fast pace, but not guaranteed to do so – you will need to see if the demographic and demand marries up with your needs if growth were to slow down.

Expanding into new markets can be costly, particularly in countries where foreign businesses are heavily taxed or are prevented from competing with local businesses via other regulations. Looking at your analytics data can help you to identify if you have a customer base in a particular market, while competitor audits can show if there is demand for your product. We are also offering free reports on market readiness for businesses who are exploring market opportunities in their sector.

Read more about the risks of international expansion and how to minimize them here.

How we can help

As Google International Growth Partners, we are uniquely positioned to help brands expand internationally. Our inhouse team of mother tongue digital marketers can help across the whole journey, from finding the right market through to growing market share.

Get in touch to start your international expansion journey 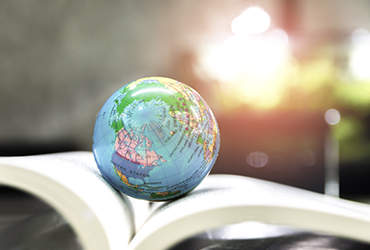