Marketing and PR of Italian tourism and products

Home    Insights    Marketing and PR of Italian tourism and products

Invigorated by the World Cup, Italy has been excelling in PR campaigns to promote Italian tourism. Now, as the Milan EXPO 2015 draws near, our Italian expert Elisa looks at the latest PR stunts and strategies designed to show off ‘The Boot’.

Everything is leading up to the EXPO Milano 2015, one of the biggest events Milan has seen, taking part from May to October 2015. Named Feeding the Planet, Energy for Life, the EXPO this year will see chief international players (144 countries, 3 international organisations, 13 non-governmental organisations,) visitors and participants talking about nutritional issues, global resource, and major challenges to address.

Between April and June of this year, the event had already accrued over 210,000 messages (more than 2,600 a day) on social networks (Twitter, Facebook, Pinterest, Tumblr.) Starting from January 2014, a social media aggregator called socialmediaexpo2015, has been created to follow what is happening on social media related to Expo2015. In terms of content production with a focus on sharing attitudes, feedback and interaction. The main topics are titled: Expo is good practices, Expo is Pop(ular), Expo belongs to all Italians, Expo welcomes to Italy, Expo is the world in Milan.

In the same period of time, there has been a +6% increase of the followers on Twitter with 1495 tweets posted from the account @expo2015milano, which received 6162 retweets.

The platform Blogmeter added Expo amongst the Twitter Top Brands of July.

Pinterest followers have also dramatically increased since January 2014, reaching 2857 from the initial 200 in January. In July the Expo2015 profile reached a total of 5000 pictures.

Italys own tourism board, ENIT, has unveiled its own multi-media campaign in conjunction with EXPO Milan, called Made in Italy. This targets Italys European neighbours, who account for 50% of its inbound tourism (Germany, Austria, Czech Republic, Poland, France, Scandinavia and the UK), as well as the US and Russia. With a cost of 4.7 million euros, the campaign incorporates well-being, gastronomy and wine; seas and lakes; artistic cities, mountains and parks; activity holidays and more.

The Made in Italy campaign launched an Instagram project to promote all the Italian squares in Italy with the hashtag #PiazzeDitalia (piazze means squares). Everybody could participate by taking a picture of a square using the tilt shift technique. The best 100 pics would be part of the ENIT campaign, becoming an e-book. #PiazzeDitalia has been hashtagged 101,000 times and has achieved 1.9 Million impressions (posts, tweets, blog posts, videos, etc) while the video Le Piazze d’Italia has been viewed over 40 thousand times. 75 physical banners have also been displayed in major European cities, as well as Russia. 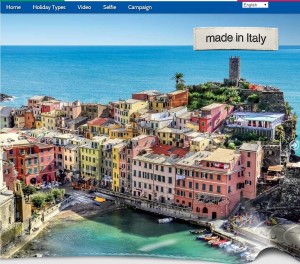 This is the landing page which was translated into 11 languages: http://www.italy.travel/it/

Learning from the World Cup

That is an example of promoting a local brand with a successful visual PR campaign that won a national award for a gastronomic chain in Palermo, Sicily. The campaign Ke Palle Catena Gastronomica by local gastronomic chain Ke Palle, was to promote a product of the Sicilian tradition with a visual advertising on a very popular street food: le arancine, deep fried riceballs. As a street food product, deeply rooted in the Italian gastronomic tradition, this campaign was thought to represent an Italian product for the World Cup 2014. The shape of the arancine recalls the soccer ball so this visual campaign worked very well. 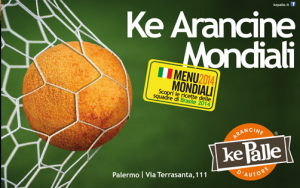 In June, the Ministry of Agricultural and Forestry Policy launched a campaign to promote the Italian quality of food products and fight the illegal imitation of them through education and acknowledgment of their characteristics.

#iomangioitaliano is an institutional campaign that combines the Italian football team and food made in Italy. The campaign involved the ex-Italian team coach, Cesare Prandelli and a photo gallery on Flickr was created to share pictures of celebrities showing slogans for the campaign. Users can also upload their pictures on Twitter, using the hashtag #iomangioitaliano. This campaign has also been conceived to share the culture of food linked to the main topic of the EXPO 2015. 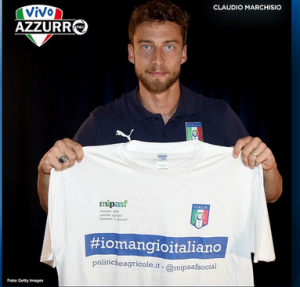 Dressing Christ the Redeemer in an Italian football shirt probably seemed like a great idea to RAI (Italys official public television channel) but when the diocese of Rio de Janeiro took them to court for a disrespectful and illegal act, it suddenly didn’t seem such a light-hearted idea. The Italian broadcasting channel was fined 7 billion euros and forced to withdraw the advert. It is still possible to watch it on YouTube, perhaps as a reminder to PRs out there that controversy has a fine and costly line. 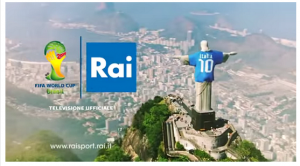 Barilla – welcome back home in real-time

Barilla, one of Italy’s leading food companies (particularly well-known for producing pasta), scored a great goal with this real-time marketing campaign, during the Brazilian Cup. The campaign posted a different banner for each match played by the Italian team with the hashtag #calciobarilla. The Italian team supporters could follow the campaign on Facebook and Twitter and the campaign got a great coverage in the main Italian newspapers. The Ambito5 reckoned that over 13,000 people live-posted and interacted with the branded content created on Facebook and Twitter, with almost 6 million users and eight million impressions. The last banner is, undoubtedly, the most successful as one of the pasta pieces can be seen with a bite mark in reference to the Chiellini Suarez encounter. Despite the supporters understandable anger, the campaign received great social visibility. 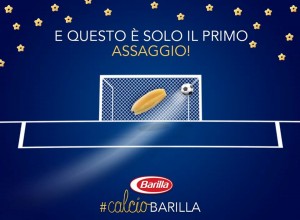 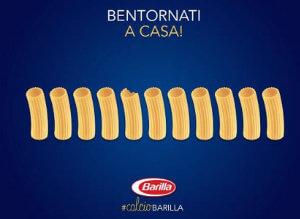 In conclusion, promoting Italy with food and tradition has always been a trump card nationally and internationally. As we understand from the five campaigns presented, these topics were very successful Italian PR campaigns this year. Moreover, promoting Italian food products and tourism had been very successful, thanks to the Brazilian World Cup and also in view of Milan EXPO 2015 next year. The use of videos, graphics and competitions increased the visibility of PR campaigns on social media. Italian users are more willing to participate in competitions or sharing their feedbacks, opinions and preferences on Facebook and increasingly on Twitter.

The Italian brands are more aware of how important it is to be present on social media: the Barilla campaign in particular, reveals how much real time news and breaking news the brand gained in terms of web traffic and interaction among the users. Italy, finally, seems to be on the right track in terms of promoting and marketing itself!