Newsjacking: is it still relevant in 2015?

Newsjacking can feel like one of those buzz words that we’ve all heard enough of but it is very much a part of many brands PR and marketing campaigns. It may seem as though news jacking has died down a little but actually it has just been accepted as something we see on social media on a daily basis, with less brands getting it monumentally wrong and more honing their skills. In order to newsjack correctly brands must remember two things; be timely and be appropriate. Miss either of these and the results may not be what you bargained for.

In the past there have been examples where brands have attempted to inject themselves into the day’s new agenda by jumping on the back of something they shouldn’t have. As a general rule if it is old news or something you know little about you should steer clear. Any sort of tragedy is a definite no no and will always come across as insensitive. If a brand is not careful and attempts to newsjack the wrong subject it could lose them followers and even customers. Brands must be aware that one wrong move on social media could easily go global. People do not like to see anyone attempting to capitalise on the back of someone’s suffering.

A little controversy however can be good and brands such as Paddy Power are known to toe the line which works with their mischievous branding. Other brands such as Oreo are usually very quick to act when something big hits the news and this means that they are able to stay very current and engage with their audience. Depending on how big they go it can even drive traffic to their site but be aware that if the subject is extremely far removed from your audience that traffic may not be relevant.

Whether you love or it or loathe it newsjacking is not going anywhere and here is a roundup of just a few interesting examples from 2015:

Snickers’ adverts claim “You’re not you when you’re hungry”. So when news broke of Jeremy Clarkson allegedly doing something seemingly out of the blue they we’re quick to react with something very on brand: 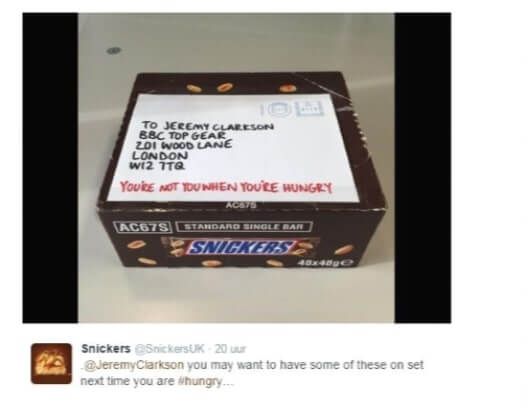 That dress. We all remember that dress. The Salvation Army we’re very quick to react to something that was dominating social media and even mainstream news, they took the opportunity to get across their ethos: 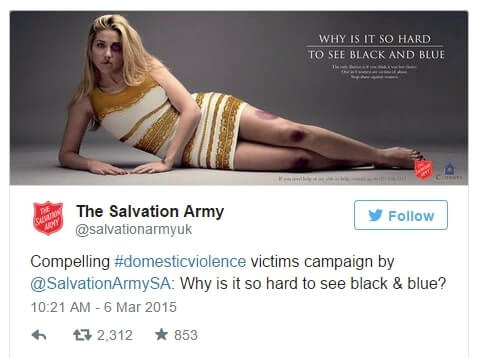 When you’re talking election you’re bound to alienate somebody but Pizza Hut got a slice of the action anyway by asking people to vote for their GE pizzas: 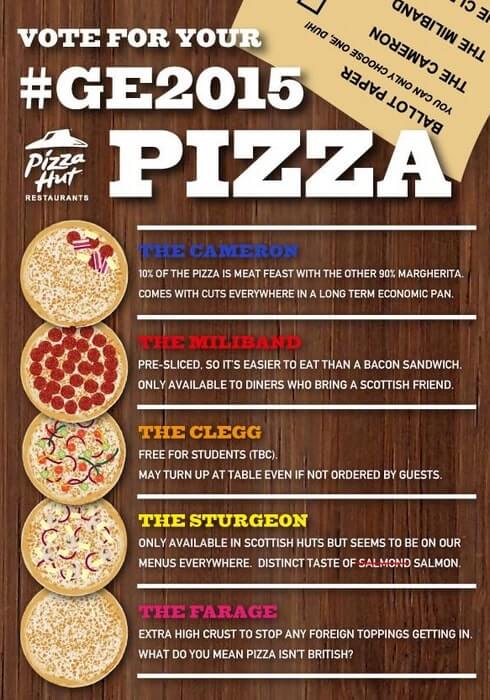 Few brands are as much a part of life as Coca Cola, not only do they tell us when Santa is coming they also raised a glass to Princess Charlotte. In one message Coke managed to capture familiarity, patriotism and family values: 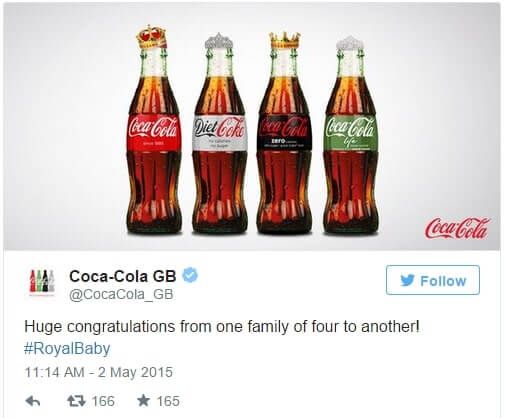 Newjacking very often involves humour or making fun of a situation. Unfortunately for her when Madge took her famous tumble at the Brits she was the butt of quite a few jokes: 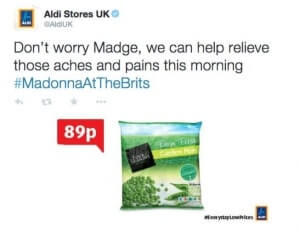 Send us your favourite newsjacking examples, good or bad(!), via Twitter @searchlabs!