Localizing your brand for different markets

Localization covers much more than just translation. Each country has cultural differences you need to consider, which will have an impact on everything from your brand message to your packaging and marketing activity.

When launching your brand into a new market, a thorough analysis of cultural differences should be conducted to ensure you minimize risk and maximize revenues. By incorporating real-world examples, we have outlined three actionable tips for localizing your brand for new markets.

1. Translate the message behind your brand rather than just the words

A slogan or brand message provides an important first impression for new potential customers. Unfortunately, it also has the potential to get ‘lost’ during translation. An example of this is KFC, who previously translated its slogan “Finger-lickin’ good” to “We’ll eat your fingers off” in Chinese. Pepsi had a similar fail with its slogan in China, which it translated from “Pepsi brings you back to life!” to “Pepsi brings your ancestors back from the grave.” An inaccurate translation of your slogan or brand message is at best embarrassing and at worst offensive and brand damaging.

When adapting your message for international markets, we advise our clients to not only use native translators to ensure a correct translation, but to also translate the message behind the words, rather than translating word-for-word. This avoids losing the meaning your brand is trying to convey.

2. Adapt imagery to be culturally appropriate 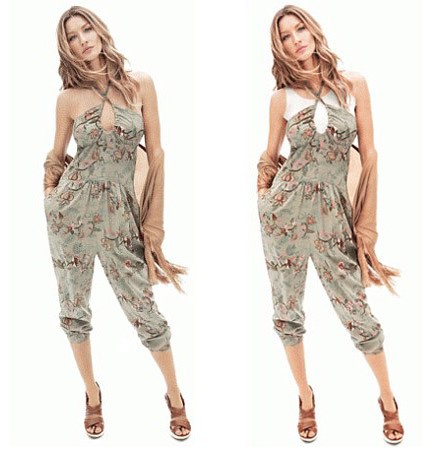 Before embarking on any marketing campaigns, it is worth exploring what is deemed to be culturally appropriate in each market. H&M is a good example of a company that has adapted its advertising campaigns to be culturally appropriate for the Middle East. Its 2011 campaign, featuring Gisele Bündchen, was digitally altered before being shown to customers in the Middle East after the amount of skin on show in the images was deemed to be too risky.

Companies can sometimes take for granted that different countries have different cultural traditions and history. Proctor & Gamble suffered a setback in Japan with its Pampers brand after assuming Japan was aware of a folklore tale of babies coming from storks. They initially used an image of a stork delivering a baby on the packaging of its diapers. The same packaging worked well in the US, but Japanese customers were confused by the message as in their culture giant floating peaches bring babies to their parents rather than storks.

3. Understand the meanings behind colors in different cultures

Being aware of the different emotions and events that each color symbolizes in different countries allows you to be in control of the message you are communicating. For example, white represents purity and innocence in many western cultures, but in China and Japan it represents death and mourning.

The importance of understanding cultural color perceptions was demonstrated by Pepsi in the 1950’s. The company reportedly lost dominant market share in Southeast Asia to Coca-Cola after changing the deep regal blue color of its coolers and vending machines to light ice blue, a color associated with death in the region. IKEA, on the other hand, improved its performance in the US market in 2014 after recognizing that warmer and bolder colors would appeal to the nation’s Hispanic population more than a more subdued Scandinavian color palette.

Before launching your business into new markets, you should familiarize yourself with the cultural differences that will affect your brand message, products and marketing activity. In particular, ensure you translate the meaning behind your brand message rather than just the words, adapt imagery to be culturally appropriate and ensure you understand the meanings behind the colors you use in different cultures.