Over the last couple of weeks AdWords users have been made aware of forthcoming amendments to Google’s keyword matching criteria. From the middle of May, exact match won’t be quite as exact as it has previously been and phrase match will also be more accommodating than ever before.

“We’re making improvements to our exact and phrase matching options so your ad will be eligible to show when people search for close variants – yes, that includes misspellings – of your keywords. In addition to misspellings, other close variants include singular and plural forms, acronyms, stemmings (such as floor and flooring), abbreviations, and accents”.

Google has stated that this alteration is to improve ad targeting by “helping to improve clicks and impressions”. 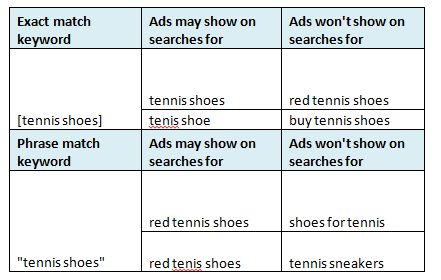 As indicated in the example, the essence of the match types remains the same – no additional words allowed for exact match; no (major) disruption or reversal of the phrase for phrase match. If someone misses an “n” here or adds an extra “p” there, no disaster, your keywords will trigger. At face value, that’s quite a reasonable step.

I’ve never been a fan of misspellings as keywords. Given the infinite number of ways a word or phrase can be mistyped, I usually match some and sweep the rest up with broad matches.

However, there are a couple of scenarios where showing on a typo may not be particularly beneficial. Often it’s pretty easy to discern the intention of a typo. As shown in Google’s example, “tennis” with an “n” missing still pretty much looks like “tennis”.

On other occasions though, a typo can lead to a completely different word. An example would be “trial” and “trail”.

I searched “trials bike” and “trails bike”. It looks like these two words are somewhat interchangeable although it also looks like a “trials bike” relates more to a BMX-like pedal bike and a “trails bike”, a scrambler motor bike. As a vendor of either of those two machines, there may be value to advertising on both those keywords. Nevertheless, I suspect there is a click-through and a conversion rate difference between the two words, depending on the type of bike being sold.

As a result of this likely conversion rate difference, an advertiser would set a particular CPC for “trials bike” and a different one for “trails bike”. As long as both keywords were exact match, the previous system would separate the traffic.

The new system threatens to remove that separation, merging all searches to one keyword and diluting the conversion stats.

Moving away from misspellings, similar problems could be encountered when “plurals, stemmings, acronyms and abbreviations” are served up to exact match keywords.

Another example considers singulars versus plurals. Here are some fictional data for a company that sells home canopies:

There will be a number of factors determining why the [canopies] performs better than [canopy]. The key point here is that the performance is different so the words should be treated differently. Unfortunately, the new matching criteria risks these differences being lost.

It is also interesting to look at the stats relating to the misspelling. A lot less traffic but how strong a performance by comparison? I imagine the better performance may be due to less advertisers targeting the misspelling thereby give our ads a less competitive landscape from which to benefit. With the match-change, Google need no longer worry about these searches triggering reduced competition response pages – what a happy accident…! 🙂

To be fair to Google, it has not made the new matching system mandatory and there’s and opt-out at campaign level.

Google also states that when calculating keyword Quality Score it will discount the performance of the variant matches. That’s nice to hear I suppose, although for me it doesn’t make Quality Score any more fathomable.

I’m interested to know whether these amendments impact exact/phrase match negatives. I would imagine the changes will not be implemented for those keywords or things could get very messy. Some clarification on this would be good, though.

Leading on from this, using exact/phrase match variation, could particular exact match variations be countered by the use of negatives? I would imagine that would be possible although it would require greater administration than currently required.

Up to this point I’ve been looking at the match-type change in a fairly negative light; muddied search terms; greater admin to counteract it; suspicions of Google channelling traffic to keywords for less than altruistic reasons. To some extent this is all valid. However, there is one potentially excellent benefit to the match type change:

Say we create a campaign exclusively for our top performing, exact match keywords. Each keyword has an ad group to itself so we can target the ads to optimum effect. We opt out of the variation matching so using exact matching in its original form. We then create a duplicate account. This campaign we opt in to variation match. We then add the exact match keywords from the first campaign as exact match negatives to the new campaign… What we will be left with is a nearly-exact-match, top performers campaign to run alongside our absolute-exact-match, top performers campaign. By doing this we will cover all likely typos but without the wider variation we risk with broad matching.

Because of the narrowness of the variation, the nearly-exact-match campaign should reach a similar level of performance to the exact match campaign. The performance would certainly be stronger than any attempt to create a similar campaign with existing match types. Were we to try and do so with standard exact match we’d never cover all typos and would probably lose a lot of keywords to “low search volume”. Were we to use broad match, the variation would be too great irrespective of the number of negatives used.

As with many things, there are pros and cons to the match-type change. To date, one thing you could rely within AdWords was that an exact match keyword matched a search term exactly. The match type adaption removes this certainty. As a result, if we continue to manage AdWords campaigns without taking this into account, we run the risk of allowing miscalculations to creep in. However, as outlined above, this matching adaption also provides an opportunity to better performance.

Google has made a lot of changes over the years. It can often be easy to dismiss some changes in fairly cynical terms. Google will amend the system to increase its efficiency and its profitability. AdWords changes force advertisers to adapt and those who don’t usually end up losing money. And yet these changes create opportunity. Those who adapt have the potential to benefit. I very much believe that the match type chance creates just such an opportunity. 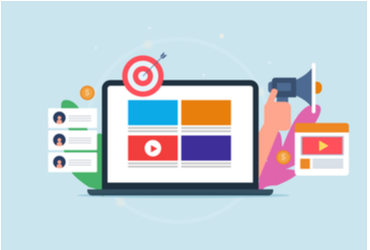