Should We Have A ‘Right To Be Forgotten’ Online?

Home    Insights    Should We Have A ‘Right To Be Forgotten’ Online?

Many people have shared something on the internet that they later decide they’d rather wasn’t online. Facebook privacy settings help prevent unflattering photos of inebriated nights out from escaping into the wider cyberworld and the delete button enables the removal of ill-advised comments – but what about other personally identifiable content that appears in the search engine results pages (SERPs) when a curious surfer searches your name?

Usually it’s not too difficult to delete content that you’ve personally contributed to a reputable web platform. Abandoned social profiles and articles submitted to blogging sites long ago can usually be easily removed – if you still have the account login details.

Removal problems can however arise when your personally identifiable content has been copied onto a third party website.

Securing the deletion of content that someone else has created about you can also be difficult – a fact very familiar to the man whose political opponents began maliciously creating embarrassing fake profiles in his name.

Such content can appear in the search results years after it was written and may provide information to curious searchers that you either do not want them to know, that presents you in an unflattering light, that is outdated, or that is entirely false.

No-one relishes the thought of a prospective employer, or friends and family, searching their name and receiving an inaccurate or downright embarrassing impression of them from the SERPs!

When old tweets come back to haunt you

Whilst an extreme example, a recent incident involving Britain’s first youth police and crime commissioner highlighted the real damage former online indiscretions can cause to an individuals reputation and career. Seventeen-year-old Paris Brown resigned in April after the publication of offensive tweets.

Whilst the derogatory tweets were barely historic, having been made when Brown was between the ages of 14 and 16 – and no attempt had been made to delete them – the incident raised interesting questions about an individuals right to have compromising material removed from the internet.

If later in life an older, wiser Miss Brown regretted her teenage folly and wanted to delete all trace of the offensive posts from the internet, should she be able to easily do so? Should an individual have full control over data held about them online – the power to delete incorrect or dated information, a right to be forgotten?

Sensitive stories in the SERPs

A case currently being heard by the European Court of Justice provides another compelling example of historic online information negatively affecting an individual in the present.

Following a complaint by a man unhappy that an old newspaper story about him appears prominently in the SERPs, Spains data protection authority brought a case against Google in a bid to secure deletion of the sensitive and historic information.

The news story dating from the 1990s detailed the auctioning of the complainants house due to non-payment of taxes, and it only appeared online many years later when the newspaper decided to digitise its archive. Google challenged the deletion order made by one of Spains top courts, arguing that it should not be required to remove lawful information from its index and that it is an intermediary rather than a processer or controller of personal data.

Cases such as these have prompted campaigners to call for internet users to be granted the Right to Be Forgotten (RTBF) – the right to request that an online service delete all online data that is held about them, including data that has been made public. The proposal for Right to Be Forgotten legislation, made in early 2012 with the publishing of draft Data Protection Regulation (DPR), intends to give internet users much greater control over their personal data.

At first glance the proposals seem to be wholly positive and appear to represent a wresting of power away from the giants of online data storage, into the hands of the individual.

The proposals have however proven somewhat controversial. Critics argue that in its current form Right to Be Forgotten poses unintended dangers – principally to online freedom of speech.

Is Right to Be Forgotten a threat to free speech?

— Critics claim that compelling search engines and web platforms to delete lawful information about an individual is a slippery slope where all kinds of data could end up being deleted for spurious reasons.

— Those opposed to the draft legislation argue RTBF could be interpreted to allow an individual with something to hide to manipulate their online reputation. Someone who had been implicated in a political scandal, for example, could order the takedown of a truthful article and attempt to wipe the internet of information that would certainly be in the public interest.

— As currently drafted, the legislation would not only compel an online service to delete all the data it holds on an individual, but also to notify others who hold copies of that data, and request its removal. This would greatly impact upon the free expression rights of other internet users, because third-party hosts would be compelled to remove material integrated into their users content, commentary, or other protected speech.

— Responsibility for balancing an individuals privacy rights with the free expression rights of many others is a task companies are unequipped to carry out, claim opponents – and with potentially large penalties imposed for breaking Data Protection Regulation, intermediaries are far more likely to simply delete data than respect free expression rights.

— Existing laws are already in place to allow protection of privacy and reputation, as when juvenile arrest records are expunged from a law-abiding adults file to prevent lifelong stigmatisation. These laws are clearly defined, limited, and subject to due process, however – whereas RTBF is arguably unclear and too broadly defined.

— Leslie Harris, President of the Center For Democracy & Technology explains that RTBF “offers no guidance on when claims of privacy should trump free expression and is sure to sweep in and stifle legitimate speech.”

The UK government opposes the EUs plans, claiming that the title Right to Be Forgotten “raises unrealistic and unfair expectations of the proposals”. They argue that the proposed law cannot practically guarantee all traces of data that a person has ever shared can be irreversibly erased, and that it will place large administrative burdens on small and medium-sized businesses – Britain should opt out of the legislation, the Ministry of Justice says.

An evidently complex and polarising issue, watching the debate play out in the European Parliament over the coming months will be very interesting – and a careful balance will clearly have to be found between the privacy rights of the individual, and the free speech rights of others. 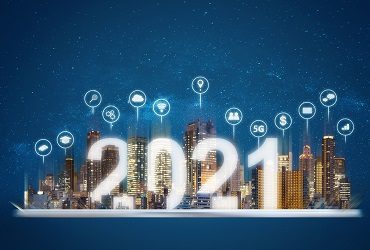