Brands that have succeeded, failed and totally blew it on Twitter

Home    Insights    Brands that have succeeded, failed and totally blew it on Twitter

Twitter, for companies, can be a complex beast. They have the opportunity to generate some fantastic exposure of their brand amongst millions of people around the world. Yet in less that 140 characters, they can create a PR crisis that will be talked about for months, even years. Here are some examples of companies that succeeded, failed and totally blew it.

With over 1.6 million followers, the Mexican food chain, Taco Bell, has a strong commitment to responding and interacting with customers. They make a point of embracing the negative comments along with the good (see their response to the infamous beef lawsuit) and do a great job of tweeting hilarious responses to other accounts. 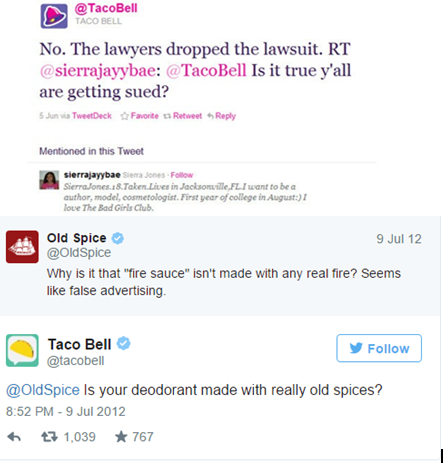 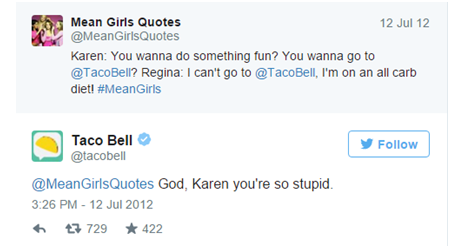 In 2013, they launched the Tweet-a-coffee campaign that let consumers buy coffees for their friends by connecting their Starbucks account to their twitter account. It generated more than $180,000 in sales in less than 2 months, with 27,000 people using the service. Twitter marketing at its best.

The British Heart Foundation used Twitter ads to raise awareness and teach people how to administer CPR. They created a video featuring one of Britain’s favourite icons, Vinnie Jones, who demonstrated the lifesaving techniques to the song Stayin’ alive by the Bee Gees. It has been viewed over 4.8 million times and had some overwhelming responses people that have saved lives as a result of it.

@TheBHF @vinniejones One of my colleagues saved someone’s life on Saturday because of this advert! Well done guys… Amazing!

Once you visit their twitter account and read their feed, you’ll soon realise that they haven’t gathered 4.7 million followers by pushing out their products. They attract people by offering recipes, replying to customers questions and sharing creative ideas It appears that their goal isn’t to increase sales via twitter but to service their customers by helping them in any way they can.

T-Mobile USA is classed as one of the top ten socially devoted brands for answering their customer’s questions, with an 86% question response rate. They provide excellent customer service and their half a million followers is a testament to this.

On July 20th 2012, 12 people were killed and 70 injured in a horrific mass shooting in Aurora, Colorado. It was a tragedy that dominated the headlines worldwide, yet it seems the person behind House of CB’s twitter account was living under a rock that day. 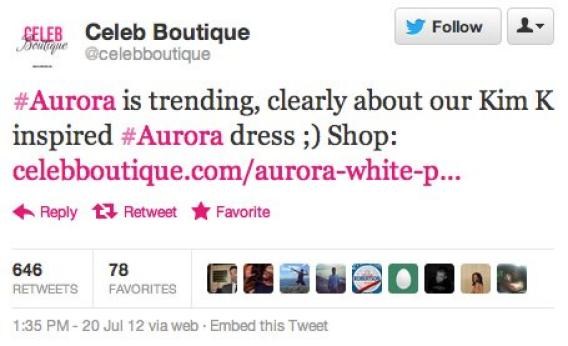 They apologised shortly afterwards and declared ignorance on the fact that they didn’t research the trending topic, or apparently watch the news for that matter.

Another brand that proves trend jacking can be dangerous. They jumped on the hashtag bandwagon of #whyistayed not knowing what it was about and tweeted… 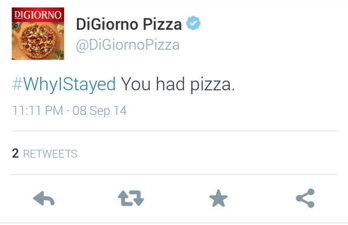 Little did they realise, the trending topic was actually related to heavy domestic violence issues. The backlash they received was absolutely disastrous.

Lesson learned: Make sure you research the content behind the hashtag and that it is relevant to the brand… Oh and watch news, that helps!

When the horsemeat scandal broke lose (nearly a third of Tesco’s burger meat contained horse), one of Tesco’s employees released a scheduled tweet, “It’s sleepy time so we’re off to hit the hay! See you at 8am for more #tescotweets”.

The replies were brilliant… 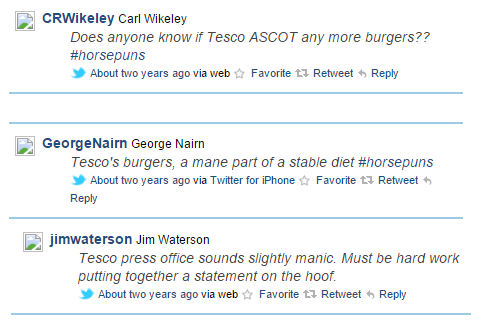 And then they got trolled… 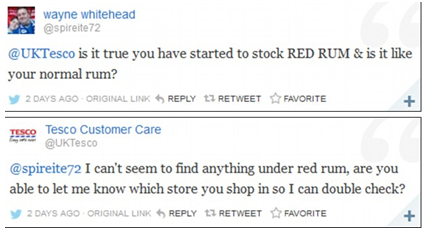 Lesson learned: Scheduling tweets can save time but be a risky move. It’s important in the PR world to keep track of what’s going on – constantly – especially within your own brand! (Otherwise you risk making a foal of yourself).

LG attempted to mock Apple using their #bendgate trend, by tweeting from the LG France account that “our smartphones don’t bend, they are naturally curved ;)”. This was in reference to Apple’s new iPhone unintentionally bending compared to LG’s G Flex model. The tweet was sent via Twitter for iPhone.

Lesson learned: This tweet defeats the point they were trying to make. If you’re going to mock a competitor, make sure you cover your back!

This is the cringe-worthy tweet that was sent out on the anniversary of 9/11 and swiftly deleted 15 minutes later. 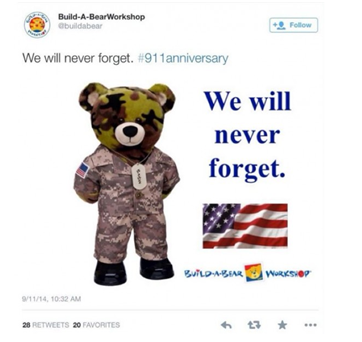 People were not happy. 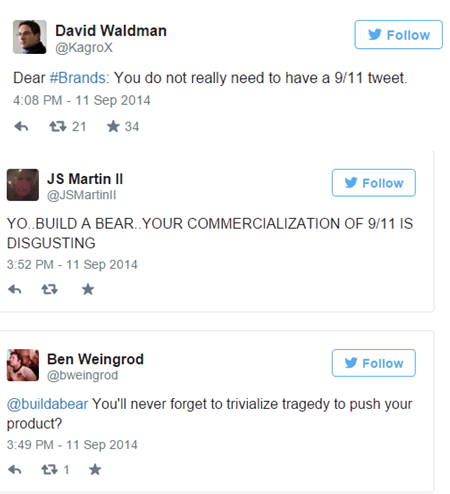 Lesson learned: Know when an appropriate time is for your brand to have a voice. On infamous days that are laced with tragedy and remembrance, sometimes it can be seen as bad taste to chime in. Or in this case, create a limited edition camouflaged army bear, with matching dog tags.

What a world of difference a single letter can make. No one knows this more than the French beauty brand, Sephora. When announcing the countdown to opening their first Australian store, they seemingly missing out the crucial letter ‘o’ in the #CountDownToBeauty. Yes it was that bad.

US airways claimed they made an “honest mistake” when they replied to one of their followers. The airline company, somehow, tweeted a sexually graphic image from its official twitter account. For obvious reason, there won’t be a link to it. But here are what some people had to say. 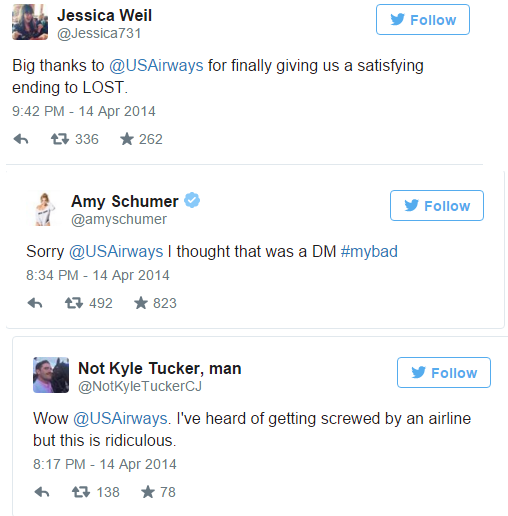 Famous for winning Britain’s Got Talent in 2009; Susan conjured up some serious publicity for her new album for all the wrong reasons. Her PR team sent out a tweet to promote the singer’s new album event, titled #susanalbumparty. Do you see how this could be misconstrued?

I think it’s safe to say she was feeling pretty bummed about the whole thing.