What rugby union taught me about SEO

Home    Insights    What rugby union taught me about SEO 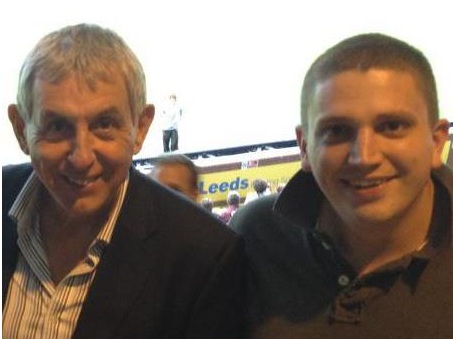 As a keen (but not very good!) Rugby Union player I often find myself trudging around a muddy field on a weekend, and my mind wanders to the day job (I’m keen to stress that I never think about rugby whilst I’m at work… honest boss!), and how the lessons learnt from egg chasing can be transferred to the world of SEO and link building.

The referees opinion is the only one that matters.

In rugby, people talk about the lottery of the breakdown. You may think what you have done at the breakdown is perfectly legal, but the referee may not and give you a penalty. Its his opinion that matters. The same applies with Google. You may know that you haven’t been involved in any so-called ‘black hat’ techniques, but if Google thinks you have that is all that matters.

The key question to ask yourself is, if you ever met Matt Cutts would you tell him about your current link building techniques? If the answer is no, then don’t do it.

Pre-season sucks, but it is worth it eventually.

Anybody who plays a team sport at any level will tell you that pre-season training is horrible. Running around with a tractor tyre strapped to my back on a hot August evening when friends and colleagues are enjoying a beer garden is not my idea of fun.

Pre-season SEO is the prep going in before any new campaign, back link analysis, competitor analysis, pagination. To me, hours spend in front of a spreadsheet analysing 72,000 back links is the work equivalent of pre-season training. Its not why we do what we do, and it isn’t the most fun. However, in the long-term the more you put into it, the better results you will get. Just don’t tell my coach I said that!

There is a saying in rugby, that ‘forwards win games, backs decide by how much’. For those who know little about rugby, the players on either side are split into eight forwards and seven backs. The forwards are the intelligent, good looking ones who form the scrum and do all the hard yards (and coincidentally where I play). The backs are the ones who stand around and dive over the try line to take all the glory.

What I mean by this in a SEO sense is that a strong foundation and doing the basics well are the bedrock to any successful campaign. Once you have those in place, you can look at doing that viral video your creative team have come up with. That’ll give you the edge over your rivals, but you need to the basics well first.

Rugby Union is pretty much unique in relation to all the major sports in that the IRB change the rules, almost on a yearly basis. Obviously, the key facets of the game remain the same (run forwards, pass backwards) but there are always slight technical variations. And sometimes big changes, such as changing the number of points awarded for tries from four points to five.

The key to link building is, get more high quality links. This hasn’t changed and I doubt it ever will. However, following the Penguin and Panda algorithm changes, its safe to the say the number of points awarded has changed, and this SEOer thinks this is for the better. The change in rugby was to encourage more attacking and creative matches, and I think the same is true in SEO. As the quality of links has become more important, brands are forced to think more creatively to how to create the killer content which will attract those types of links.

In Rugby Union, teamwork is key. There are no one man teams like you may find in other sports (step forward Gareth Bale and the Welsh football team). In rugby, you could have the quickest, most elusive winger in the game but if the forwards can’t win their own ball at scrums and line outs to give your team the ball, then he won’t have any impact on the game. The same is true of SEO. There needs to be a good working relationship between the SEO agency, the client and any relevant outside parties such as a PR agency. Everybody wants the same outcome and the best chance of achieving that is through good team work.

On the rugby pitch this is generally a reference to making tackles. However, the philosophy of ‘if you’re going to do something, do it right’ stands up in most areas of life. In SEO, if you are going to link build then build links you want – links from authoritative sites such as universities, charities, newspapers and industry publications. I don’t think I’m giving too much away when I say that social bookmarking, comment spam and low quality article marketing, despite being relatively easy to do, do not work! In fact they can actually harm your site.

Win or lose, there is always time for a beer.

I think this one speaks for itself!