Recently TechCrunch found that when you type “lager” in the A1 cell of a Google Drive spreadsheet and “ipa” in cell A2, highlight both, then drag the bottom cell down while holding CTRL (or the option key on a Mac) the spreadsheet will autofill with a list of beers.

At first this appears to be just a list someone may have included as a joke, but when the same thing is tried with other categories it seems to work just as effectively. 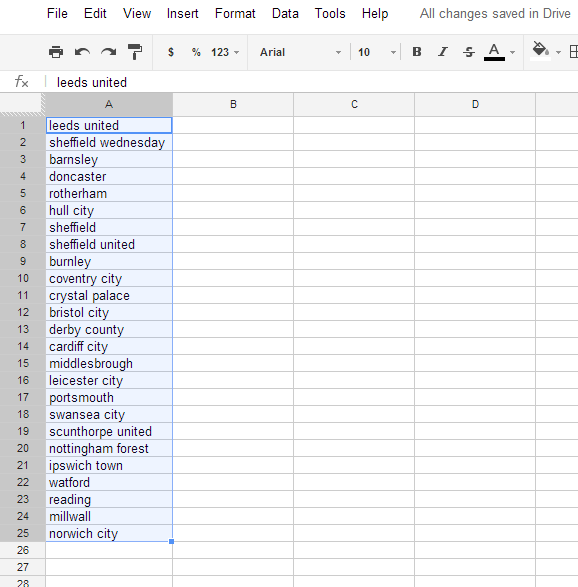 This is effectively Googles version of word association, and gathers information using an algorithm that creates sets of common words and names. This is an offshoot of a now defunct Google Labs experiment known as Google Sets which was dis-continued in mid-2011.

Google Sets worked on the principle that when you searched for two or more things that you thought would be considered in the same set, Google would find the rest. This may seem more of a frivolity than a genuinely useful tool – but wait there just one minute. If you’re struggling to think of content ideas, or want a more specific topic, use two generic keywords and see what else would be considered in the same set. Or even try creating sets of link targets, for example local media outlets. 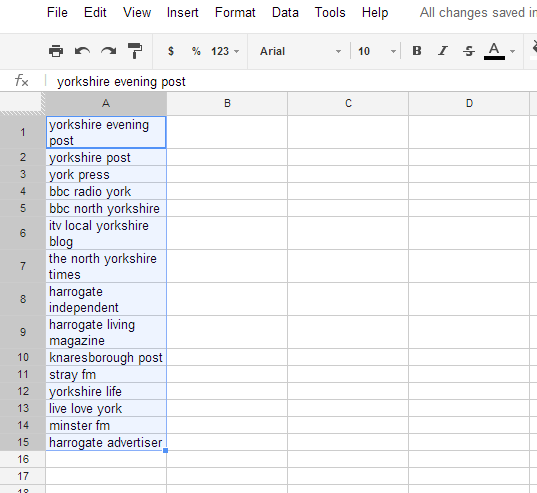 Some of the data may be out of date now, as it is more than likely the Google Sets algorithm is no longer being updated, but the results might still provide some search terms you hadnt considered. You could even use keywords along with a competitor brand name to generate search terms associated with your competitors. PPC campaigns might also find the tool useful as a starting point to determine relevant keywords, but being on the SEO side of the fence Ill leave that thought alone.