Despite the volatility of the global economy, Latin America remains a favourable and stable place for business. The United Nations’ Economic Commission for Latin America and the Caribbean (ECLAC) predicts the region’s economy will expand by 4% this year, while the Eurozone will grow by just 0.3% according to the BBC here. The Latin American market today offers various opportunities for investment including financial market development, the introduction of new technologies, energy development and infrastructure.

For these reasons, Latin America is attracting investors from around the world. For many, the region constitutes a new market, exotic, different and even unknown. Clearly this does not mean it is impossible to successfully infiltrate the market, however, choosing the right strategy could be tricky. Knowing the culture of the country, the market you want to conquer and developing skills to manage cultural differences, will be essential to really take advantage of opportunities in this huge market. 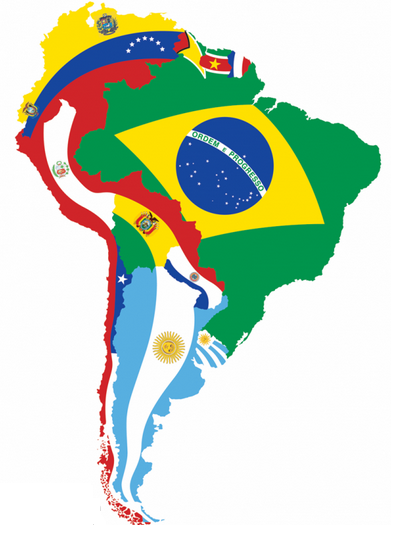 Among Latin American countries there are several similarities, but also many differences that make each country unique. To understand or define distinctive Latin American culture, you can inevitably use the example of the Spanish conquest in America, who imposed their own type of civilization on the indigenous people. The conquest was fuelled by Catholicism and not only supported the Pope and the Iberian monarchies, but also all of the south west European countries bringing bureaucratic impositions, churches, schools, courts and even the Spanish Inquisition. This integrated processes in Latin America with several characteristics of Spanish and Mediterranean culture in general: extroverted behaviour, talkativeness, volatility, love of argument and rhetoric, open expression of emotions, use of body language, time to build trust amongst others. Machismo and religious convictions are also some cultural features inherited as part of this era.

All these features are still present in the region but heterogeneously; “It would be a grave mistake to act on the thought that all of Latin America is the same.” Brazilian culture for example, was heavily influenced by African people, which is reflected in their music as an example. Peruvian culture had a greater influence of indigenous people and migration of Japanese was high which boosted the importance of hierarchy and to maintain good relationships within a particular group. In Chile, the German migration also reinforced hierarchical and conservative principles, while Argentina is of Mediterranean origin and many customs that they have today are more individualistic with a greater number of European descendants in the region (85% of the population).

Image courtesy of thedavefoster on Visual.ly