This German word (meaning super cool, super wicked) is, thanks to the promotional video Supergeil from German supermarket chain EDEKA, going viral at the moment. And not just in Germany, its also creating a buzz in the international online community.

To explain further, EDEKAs advert shows a middle aged man in a dark suit with beard and sunglasses bathing in milk, smoking sausages, offering cookies to gamers and cake to old ladies, dancing through the supermarket aisles, praising products – and all to a deep electro house beat. Yogurt, apple juice, frozen chips, everything is supergeil.

Friedrich Lichtenstein, the sausage smoking man, whose dancing style is already celebrated by the French press as the Gangnam Style germanique, is no stranger to the German electronic music scene. The German stage artist previously achieved fame 18 months ago through German House DJ Solomun. In the video for his track “Kackvogel”, Lichtenstein can be seen dancing down the hip streets of Berlin. It is Lichtenstein’s very distinctive, carefree dancing style that now forms the heart of EDEKAs supergeil ad campaign. 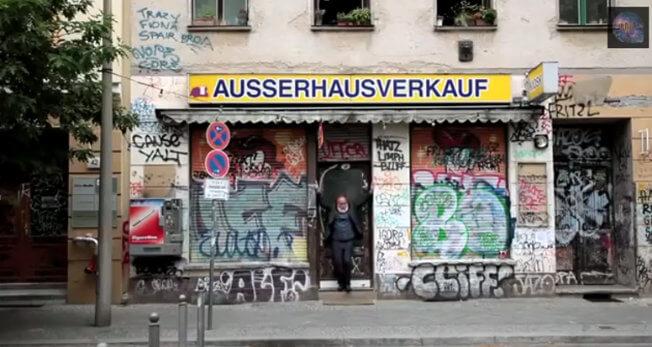 In the middle of EDEKAs image rebranding, whose goal is to be more appealing to the younger audience, Jung von Matt, one of Germanys leading advertising agencies saw what Lichtenstein would bring to their campaign. Supergeil was rerecorded for the ad. Instead of parties he is now praising products, but the famous electro beat stayed and so did his fans. The video has been watched over 3.5 million times in just one week.

In addition to that, EDEKA has recorded short videos for people to share. In these videos, with the help of Lichtenstein, you can tell your super wicked girlfriend or super wicked colleague etc. how super cool they are. 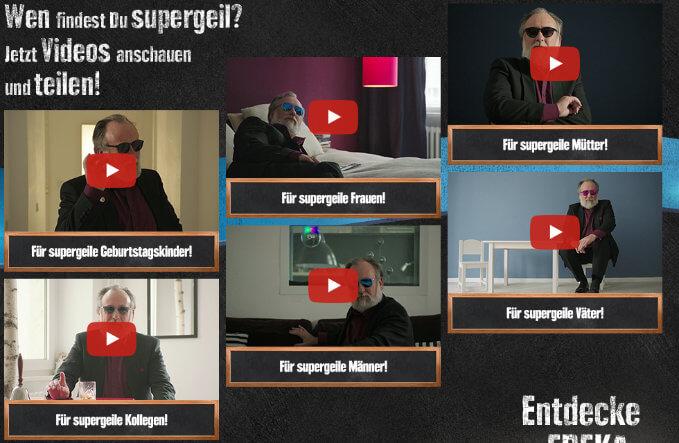 Ads of the World and even US online giants Buzzfeed and Mashable have picked up on the iconic German, who has shown the world once more that the Germans do have a sense of humour – a well- developed one as well. Right now Germany is #supergeil. 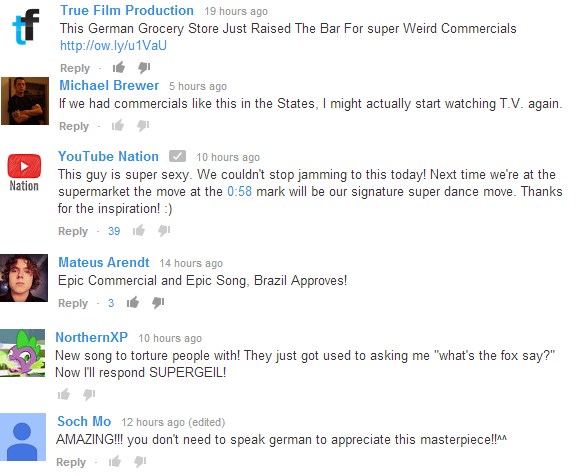 In the last few days EDEKA has created a buzz on Twitter with more than 5,000 tweets using the hashtag #supergeil, while on Google EDEKAs supergeil generates almost a million results.

One wonders whether Lichtenstein is actually advertising products for a supermarket chain, or whether in reality, he is advertising Germany to the world. Swedish digital marketing magazine Résumé already celebrates Lichtenstein as the worlds coolest German and Dutch newspaper De Ondernemer tells big supermarkets in their country, Albert Heijn and Plus, to eat their hearts out.

So whats EDEKAs secret to success?

Its pretty simple, to be honest. They have identified their target audience and have shown an understanding in how to engage with them, and in which ways to communicate with them, i.e. identifying and using the most effective media platforms to reach them.

The formula of success: A man who has brought the right following to the ad, music that has its ‘finger on the pulse’ of the age with regards to the chosen genre, making all of this shareable online via social media, and including the creation of a trending hashtag (#supergeil).