This year, Reddit – the self-proclaimed “front page of the internet”– turns 10 years old. Since its initial inception, Reddit has done it all: celebrity interviews, breaking news stories, viral videos, and nearly all of the internet memes you know. As a result Reddit has managed to become one of the most popular and powerful websites on the internet; yet despite its popularity, brands and marketers are still not making the most of Reddit.

Reddit is a social network that allows all registered users to upload content to a subreddit – a sort of sub-forum – which will then receive upvotes or downvotes depending on how other reddit users react to the content. Posts that are extremely succesful will end up on the front page.

The site aims to retain anonymity of its users: it doesn’t ask for any personal details and you don’t need an avatar. A user’s reputation is instead built on karma, a points system in which points are rewarded for each up vote on a comment (comment karma) and up votes on posts (link karma).

For those people who like stats and not just anecdotes, here are some reasons a brand or marketer should consider using Reddit:

These stats clearly show, that when used correctly in a content marketing campaign, Reddit has the possibiltiy to lead to massive traffic increases, great brand awareness, and a plethora of top links.

When these are the advantages of using Reddit succesfully, it’s difficult to understand why more brands and marketers aren’t taking advantage of the site. However, because of Reddits popularity the results can be quite terrible – and well documented – when used incorrectly by brands and marketers.

1) Research Reddit and how the users interact with each other

Users on Reddit hate nothing more than someone who does an IAMA and answers like they are promoting something (such as Woody Harrelson’s infamous IAMA) and they love nothing more than a random child who knocked on doors looking for free bananas. Read the reddiquete guide and make an effort to learn what the community is about before you post. 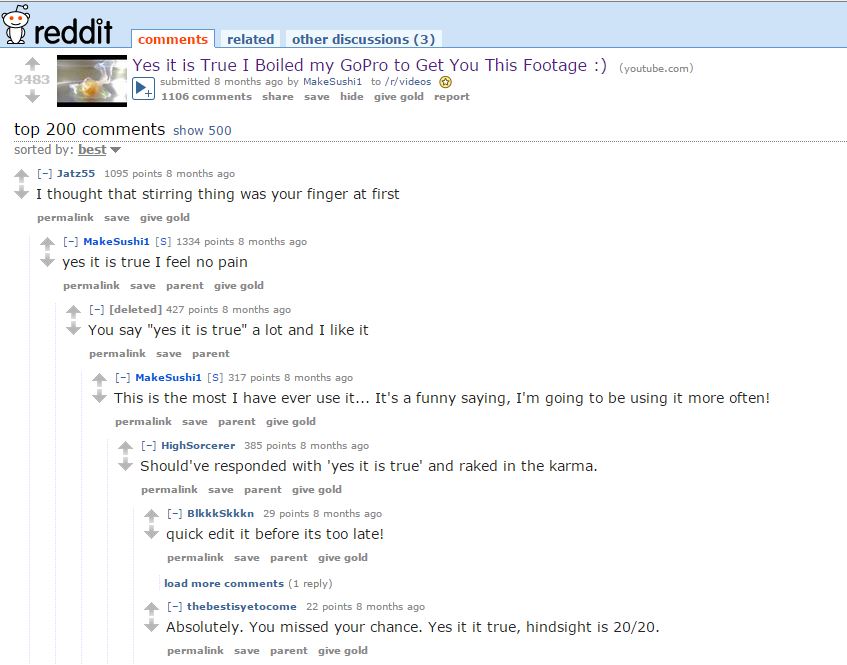 The example in the image above was posted by a user working in collaboration with GoPro. The response to the video was very positive however some users questioned the poster’s relationship with GoPro. In response, the user was completely open about being supplied the cameras for free. His honesty was met positively.

No matter how boring a brand may be, there are so many subreddits (over 8,000) on Reddit that there will be a good place to post about your content or campaign. The more specific you get the better.

The video above is quite clearly an advert for Honda, yet it went viral on reddit, receiving 3794 upvotes – which put it on the front page. The front page of reddit has the potential to drive millions of views or clicks. To make it there however, the idea behind the content has to be fantastic, both in concept and execution.

The video above was very popular on reddit because of it’s mass appeal (most people love chocolate) but not all content has such mass appeal. If your content seems niche, try to really think about what might make it appeal to somebody else. You might find that some subreddits are actually more useful than you thought.

For example, a years ago Woodeyes Woodworks – a family-run custom wood shop selling magnetic bottle openers on Etsy – targeted subreddits such as the baseball, NFL, wedding, and sports communities with subreddit-specific headlines. This resulted in a 15% increase in their shop traffic, netting them new domestic and international customers. According to the case study, this was 22 times more cost-effective than other ad platforms. 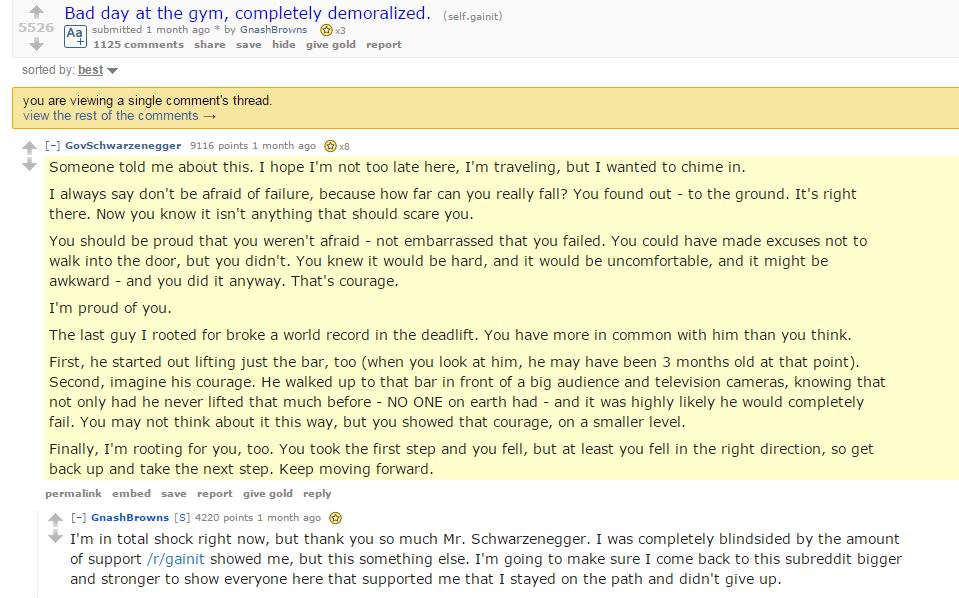 This is one of the most important things to consider when using Reddit, as users will often check the history of a poster to see what kind of content they regularly post. If your posting history is just brand content, it’s likely you will receive down votes for being an advertiser. However, regularly posting in a natural, coversational way can have the opposite effect: more upvotes.

If you follow these pieces of advice, learn about the community, and post genuine, honest and well-made content, you should be able to tap into the veritable online marketing goldmine that is Reddit. Those who choose to take the time and fully explore this powerful social network will be able to provide their campaigns with an even greater chance of success.