You would have to live under a rock to have missed one of the biggest international scandals in recent times.

The world’s largest car manufacturer, VW, were caught rigging CO2 emissions from its diesel engine cars in the US and Europe by installing software devices to make them appear cleaner. According to media reports, more than 11 million diesel cars could be affected across VW models, as well as other car manufacturers including Audi, Seat and Skoda.

The company is now facing billions of pounds in financial penalties, and the business share value has dipped dramatically, losing its hard-earned reputation for honesty, reliability and quality.  Of course, the internet was quick to rub salt into the wound, mercilessly poking fun at the car manufacturer with a big dose of “Schadenfreude”.  We have looked at some of the best posts making the rounds on social media. 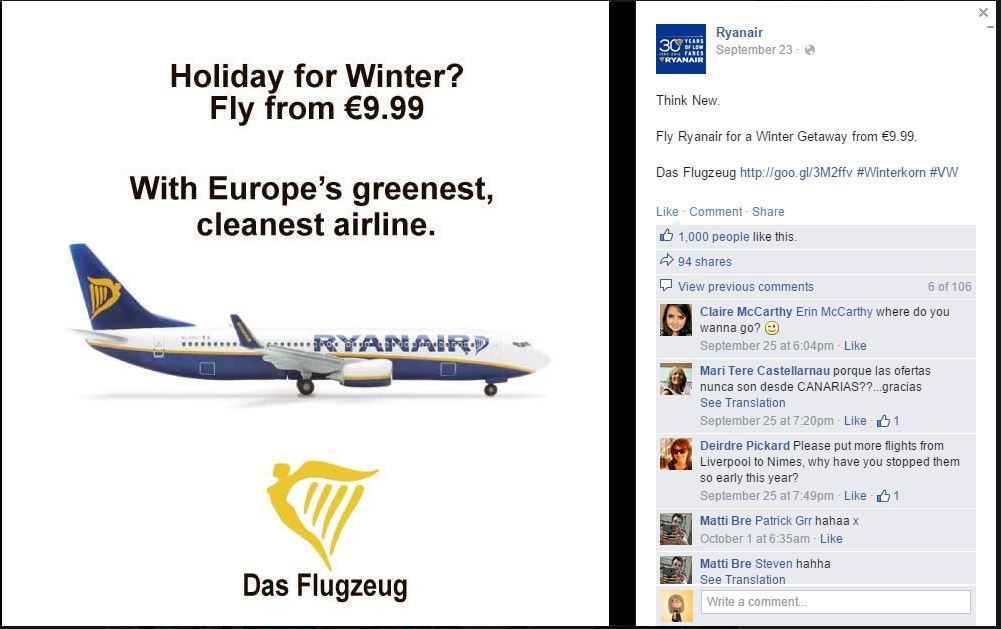 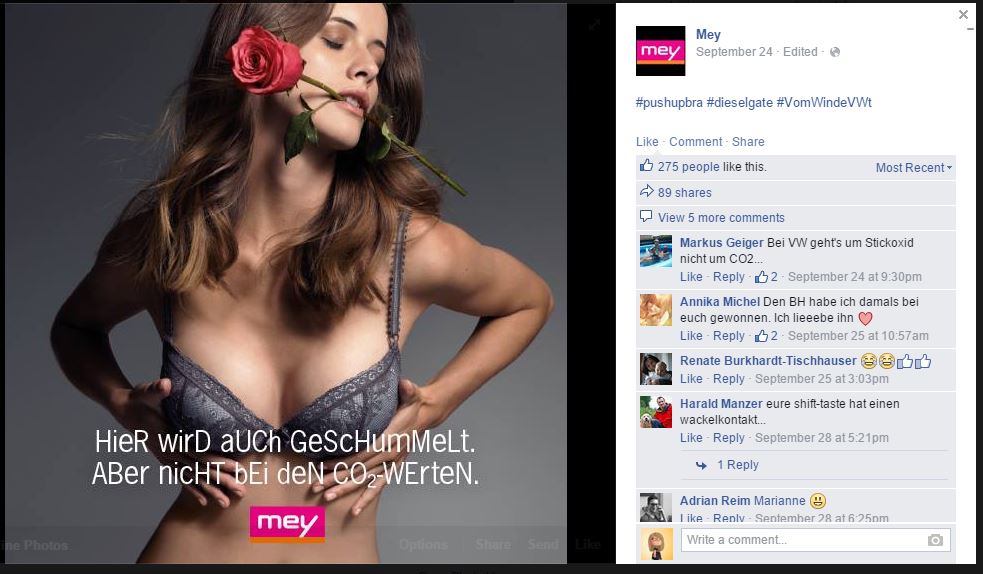 Underwear brand Mey came up with the cheeky line: “We’re faking too, but not on our CO2 emissions.” 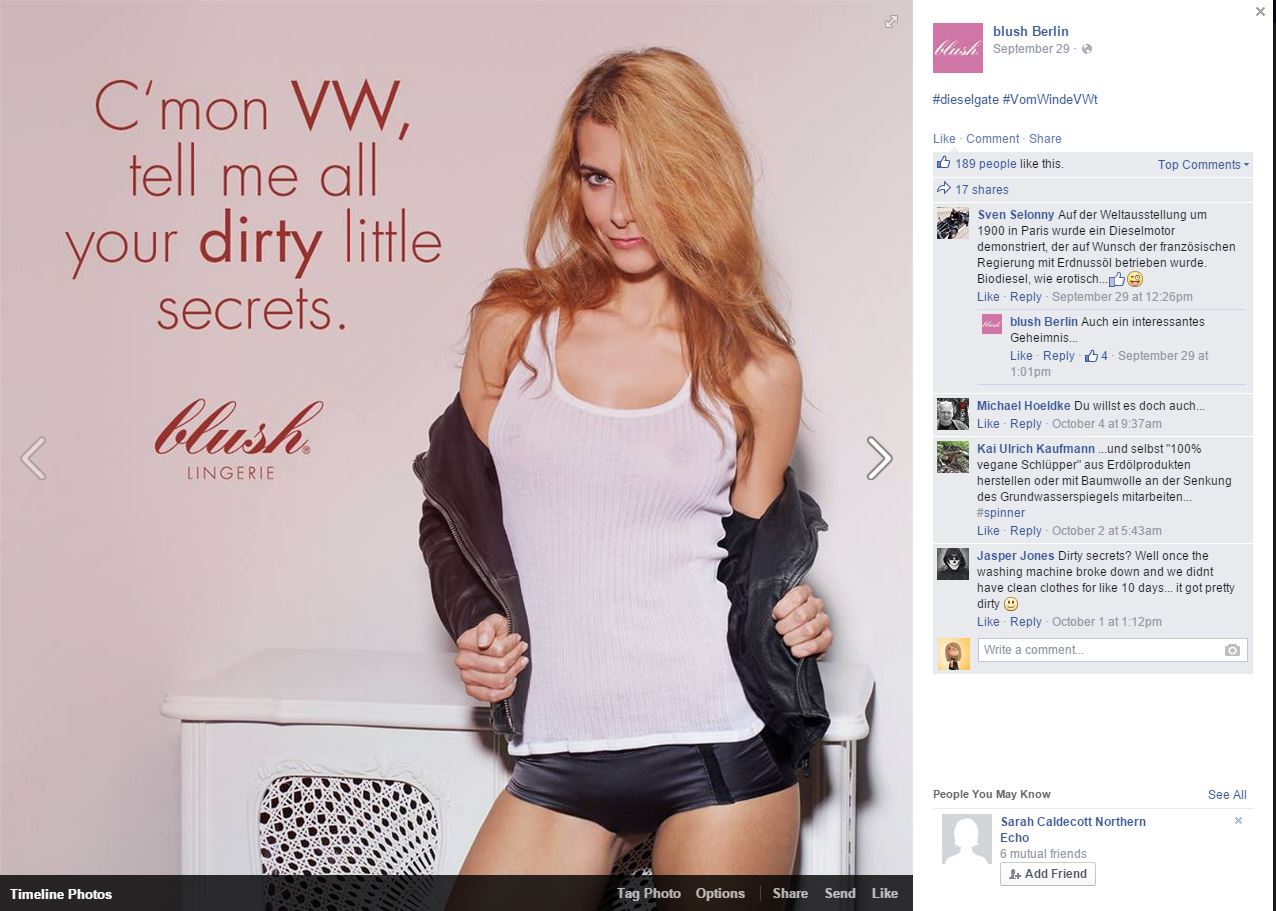 Blush Lingerie have also jumped on the ‘faking it’ bandwagon with their latest ad campaign.

Greenpeace Deutschland also welcomed VW back to the darkside. 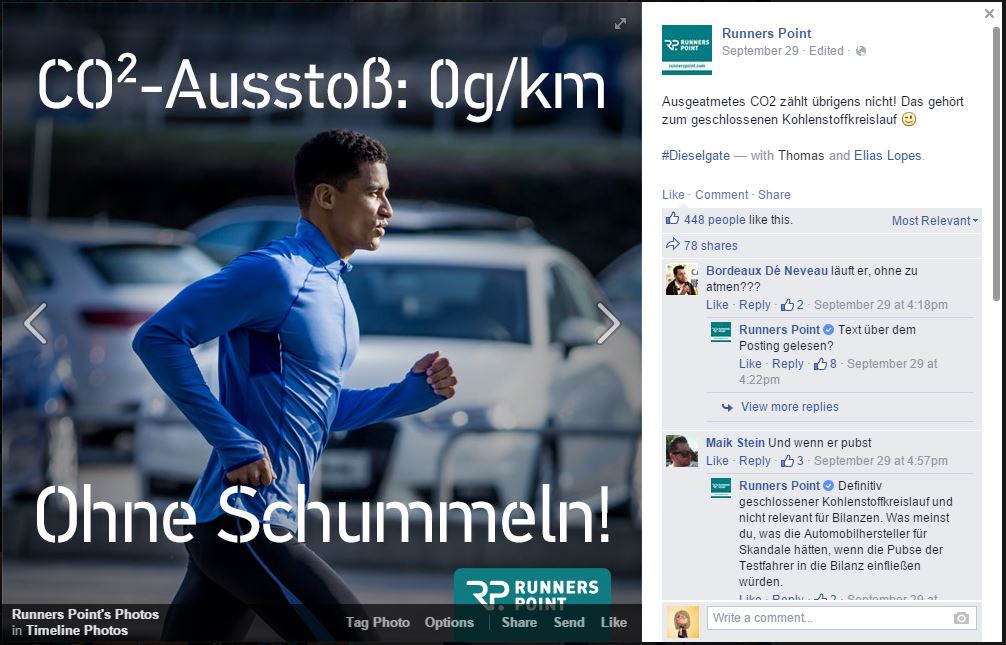 The German specialist retailer for running enthusiasts posted this witty remark on its Facebook page: “CO2 emissons: 0g/km. Without cheating!”

Considering how popular cycling is in the UK and Germany, it is surprising that very few bike manufacturers are using Dieselgate to promote their products, like Boxbike have done. 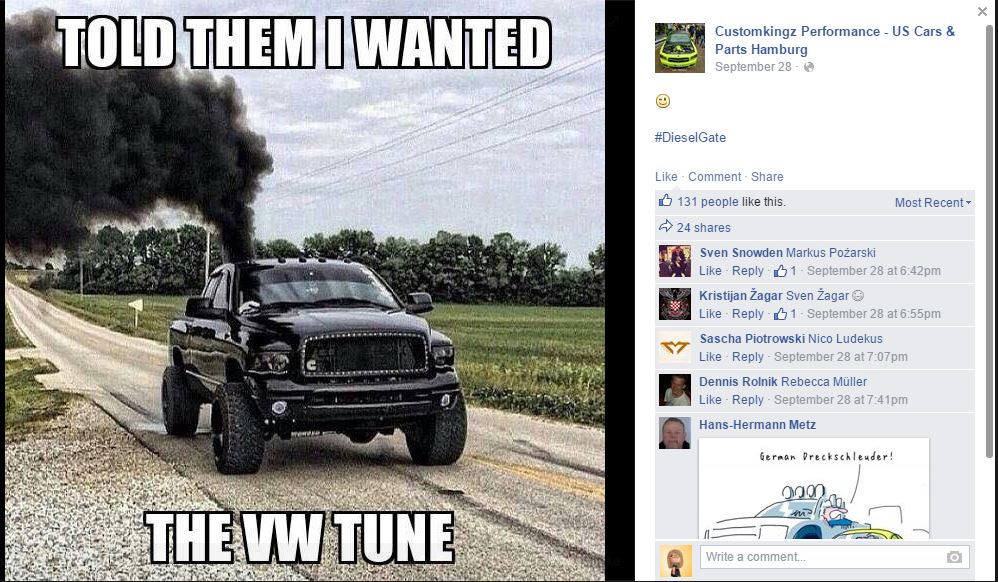 The UK non-profit organisation campaigning for greener and cheaper alternatives to roads, takes a more serious view of the scandal.

Of course, it’s not only other brands who have taken advantage of the VW emissions scandal. News outlets, comedians, social media commentators have been very vocal about the car giant’s downfall. Three weeks in, and there are fresh news stories, tweets and Facebook posts about Dieselgate every day. And here is what the public at large make of the situation.

Germany’s top news magazines have all taken on the famous “Das Auto” ad slogan and changed it to “The Suicide” (Der Spiegel), “The Drama” (Focus) and “The Lie” (Wirtschaftswoche). 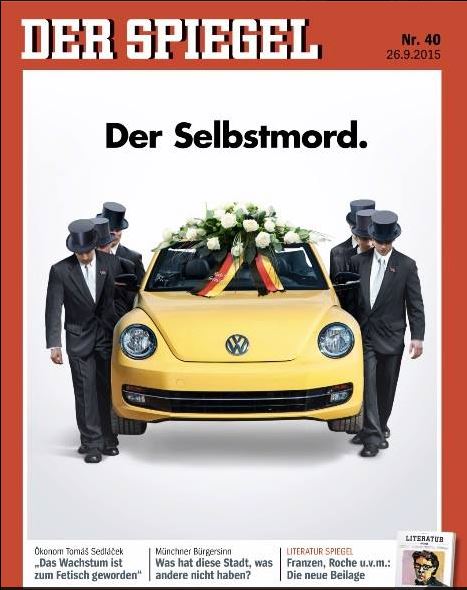 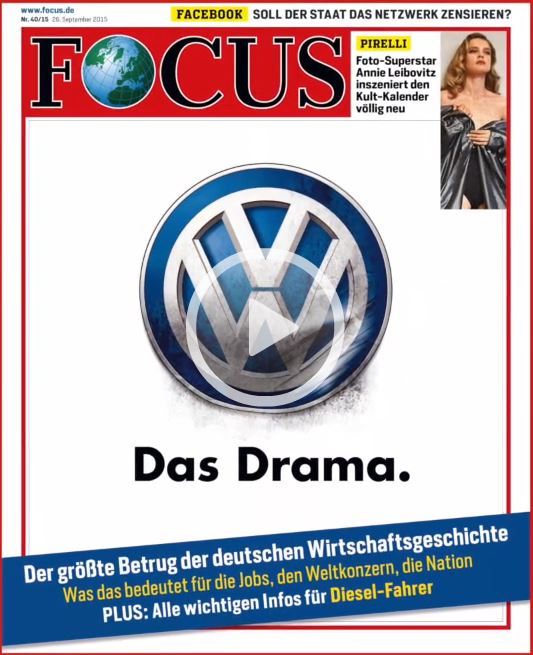 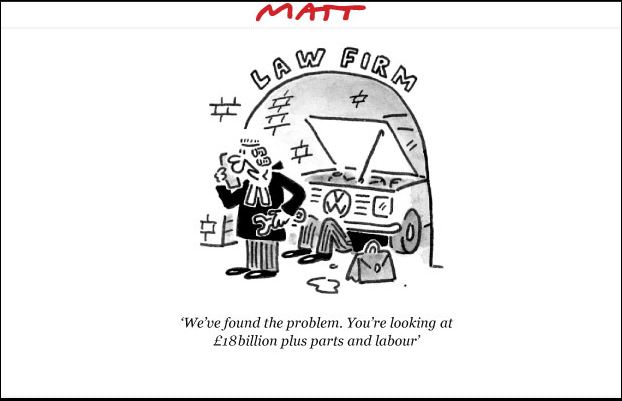 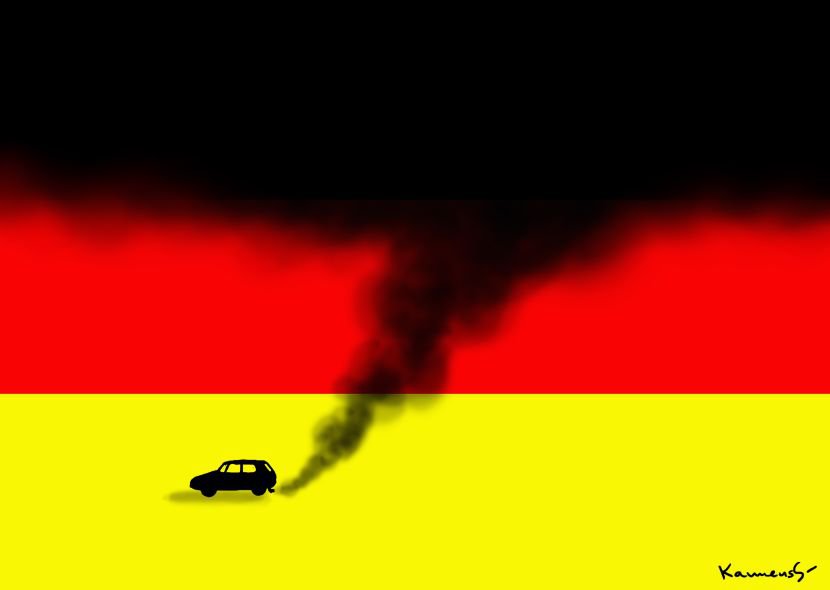 Marian Kamensky, editorial cartoonist for satirical magazines Nebelspalter and Eulenspiegel, as well as US Playboy, came up with this gem, which requires absolutely no words.

US comedian Conan O’Brien has even made a short comedy sketch about VW’s “other crimes”, which he has posted on his YouTube channel Team Coco and has been viewed nearly 160,000 times.

Last but not least, we leave you with this post from Twitter user Danny O’Brien, which is our favourite for obvious reasons. 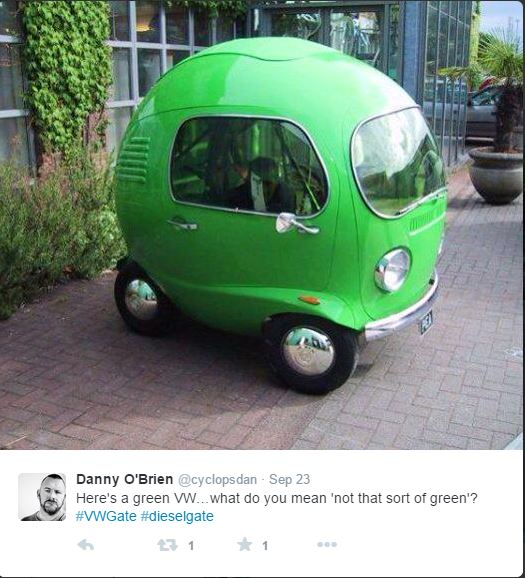