Social media use is on the rise, and more and more people turn to social media when it comes to complaints: in this way consumers can “publicly shame” a company and get a quicker response/solution. Facebook is most often used for this: this is why companies have set up client service profiles to handle the complaints on Facebook.

How it all began

Then two American comedians, Ben Palmer and Nick Price, had a genius idea: what if we would set up a fake customer service profile and just wittily comment on Facebook complaints?

The fake profile was a big hit, and soon similar accounts started popping up in different countries. There are general fake customer service accounts targeting every major company complaint: 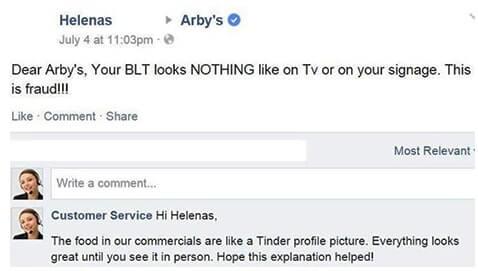 But also specific ones posing as certain company’s client service like this one:

Someone set up a fake Target client services account to ridicule people who were against the gender neutral products policy Target adopted. 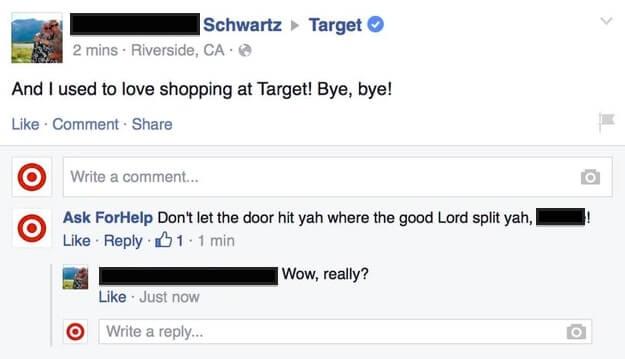 Companies already have a hard time responding the right way to every complaint on Facebook, and now they have to deal with this on top of it, which often goes wrong.

Although the goal of these accounts is to ridicule the complaint/complainer (and not the company itself), they can really damage a company’s image, especially concerning readers who are unaware that the profile is fake. So: it’s all about how the company responds to this.

One of the most active and consistent trolling client services profiles is the Dutch version of this, which has become quite popular (over 230,000 Dutch people are following the profile which posts screenshots of its recent trolling) and it has targeted almost every major Dutch (international) company. The responses get shared through social media and people follow the account for their daily dose of humour. The account itself says it’s attacking the Dutch “complaining culture”. Dutch people tend to be very outspoken in general, and since the Netherlands has the highest social media usage in the world, instead of calling or emailing a complaint, Dutch people tend to just post complaints on the company’s wall.

So what better way than to wittily attack this “complaining culture” through social media?

It’s really no wonder the trolling account is so popular: the Dutch love this kind of satirical humour, and next to complaining, they love complaining about people complaining.

The difference in replies on complaints from the troll is very diverse and goes from witty to insulting, just as the responses from the Dutch companies themselves differ massively. It is quite interesting to look at the different responses of the trolled companies: some companies are infuriated (and are even trying to sue to Facebook account), other simply ignore it, and some flip the situation around.

But what is the best way for a company to respond to this? Let’s do a quick case study analysis.

Some companies showed their frustration when responding, like Ziggo, a Dutch energy company:

Ziggo responding to a customer who thinks the troll response is real: “That response isn’t outs, it’s from someone who things he/she is funny” 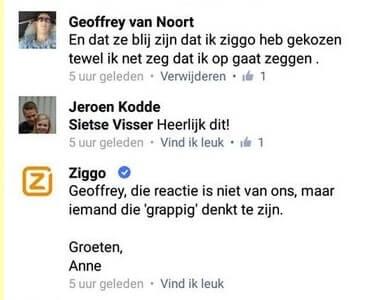 Several companies, including Ziggo, stated they would try to sue the fake profile, but legal experts have said this is quite impossible. These frustrated responses didn’t help and, if anything, made the situation worse. The comapanies that responded like this received the most trolling and image-damage in the end.

It is also important to note that companies who responded like this spent more time on addressing the troll that the actual complaint.

Most companies however decide to not respond to the trolling at all and focus on the complaint. Most of them eventually deleted the troll comment. In this way, the company doesn’t send an image out at all, but stays very neutral. 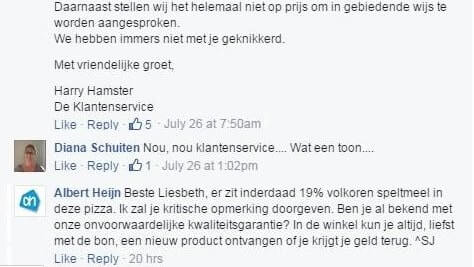 However, some companies adapt to the trolling by responding with humour. They turned the problem into an opportunity to create a fun image of the company that will stay people.

“You do have a point. Literally, one to be exact. We think a job at Burger King might fit you! There are a lot of positions available right now, let us know.” Burger King responded to this by using as many Dutch sayings with the word “point” they could think of in their story. The troll replied that he/she would leave their Facebook page alone as the response was so on point.

Burger King could of, and understandably so (since the troll was mocking the intelligence of their workers) responded frustrated, but turned the situation around successfully.

For another great, non-Dutch, example of how to respond wittily to trolls, we’re going back to Target: they ignored both the complaints and the troll profile and this is how they eventually responded: 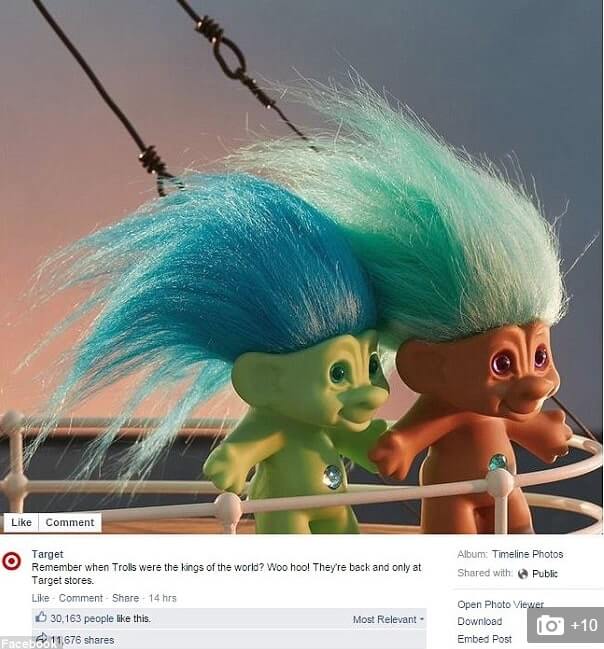 To conclude: Getting mad at trolling isn’t going to help – the damage is already done. Ignoring is another option, which might work if the fake reply is offensive and there is no right way to wittily respond to it (also depending on the company and its image itself, plus the sense of humour of the actual customer service, of course) but doesn’t take advantage of the opportunity to leave a mark.

The best way to respond to these accounts is with humour. In this way, companies can actually use the fake profiles to upgrade their image.