How to successfully launch a PR campaign in France

Home    Insights    How to successfully launch a PR campaign in France 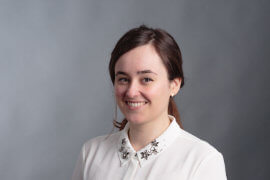 A common misconception is that if a PR campaign works in one country, it will work in every country. We often see global companies translate UK campaigns that went viral, or even just outreach the English campaign, and expect to get like for like results. Unfortunately, this rarely happens.

There are multiple reasons that UK campaigns fail to get results in other countries, most of which tie back to differences in the culture.

Did you know that although most French journalists speak English, they are less likely to read and reply to an outreach email not written in French? Or that tabloid papers don’t exist in France? What about the differences in social media usage between the English and French?

In this blog, we’ll run through the reasons why many UK PR campaigns fail in France, and provide well-practised advice on how to create a successful PR campaign for the French market.

The media landscape in France

Digital PR in France has the same challenges as the UK: earning links from high-quality sites, turning coverage into a followed link, and avoiding sites which practise questionable SEO.

Despite having the same goal, the type of campaigns and how they are executed differs from one market to the next and this is largely due to cultural differences.

There are similarities between French and UK publications; politics make up a huge part of the news, journalists want high-quality, unique stories, and the audiences (and therefore the stories covered) differ by publication.

However, there are key differences that stop UK campaigns gaining coverage in the French press. For one thing, there are no tabloids in France – this is one of the biggest differences between the two markets and means that any content or campaign which has been created with a UK tabloid audience in mind is unlikely to get coverage in France. There are some French celebrity gossip sites but none which feature lighter lifestyle articles that UK tabloids such as the Daily Mail or The Sun would cover. 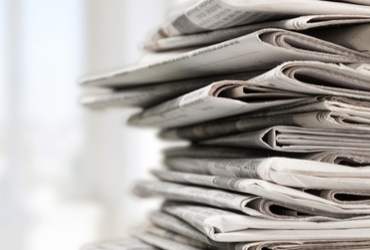 In addition, French news is typically much more serious than UK content: a story will usually be backed up with data, interviews and reports by well-known sources, unlike in the UK where a short ‘fluffy’ story with little data is often covered by the media. This is something to bear in mind when thinking of stories; while creative ideas are welcome, the implementation and format of an idea may look different in France than it would in the UK, as it needs to account for the levels of data that French journalists generally look for. Incorporating a survey, national data or an interview with an expert can give a little extra push that the French need to be convinced of the authenticity of the campaign.

Although generally, French publications stick to more serious news, there are sites which will feature humorous content and campaigns. However, it is still not good enough to translate a successful campaign from one language to another as humour greatly varies between cultures which limits the chance of success. This is particularly true if the campaign contains a lot of cultural references. For example, French people love irony and second-degree jokes, they have quite a knack for critical and cynical humour on society, as well as situational humour, whereas British sense of humour is more typically characterised by dark humour, self-mockery and nonsense (for example, Mr Bean).

It’s also worth noting that, while social media can be used for outreach in the UK (for example, via the hashtag #journorequest), this is not the same in France. There is no equivalent hashtag as French journalists do not source their stories from Twitter. They are also less likely to accept pitches over Twitter than UK journalists, instead preferring either email or phone.

To succeed specifically in France, here are our top tips.

Don’t translate the results of an English survey into French and hope it will get picked up. The French are particular about data, so unless it is from an elite source and relevant worldwide, it will need to be specific to the country, region and even city you are aiming to get coverage in. Translated English data will not resonate with French readers, and therefore will not interest them. If it doesn’t interest the reader, it doesn’t interest the publication – which means no links for you.

Instead, do gather relevant data. This could be by surveying French people, or looking at customer or analytics data from French customers. However you decide to get the data, ensuring that is relevant to a French audience will help make it more appealing to French publications.

Don’t expect the same results as the UK version of the campaign, even if you’ve allocated the same budget. The French and UK markets are different – not just in the stories they cover, but in their attitudes towards linking, the news agenda, and more. The types of publications vary, as well as the number of publications, too; we often see thousands of contacts for one niche in the UK, but only a few hundred or less in France.

Do manage expectations: links can be hard to get, and we often find that successful campaigns may not get results straight away. It is crucial that, when having initial meetings with clients, they are educated on the differences in the media landscape between international markets so that relevant targets can be set. You can also set expectations for the length of a campaign: French journalists tend to take longer before getting back to PRs than UK journalists do. While this is normal in the French media, it means that results take longer to start coming through in France compared to the UK.

Don’t think that anyone who speaks French can be the new market expert. Not only do you need mother tongue speakers who understand the culture, you need someone who is an expert in PR and content. French PR specialists know what makes a story in France, and how to sell it in to a journalist – something that your niece’s neighbour who took French lessons doesn’t.

We only work with mother tongue speakers who are experts in PR, we are able to create campaigns which are likely to succeed in international markets – thanks to a combination of cultural knowledge, and PR expertise.

If you made it to the end of this article, merci. And as a reminder of the key takeaways:

Get in touch and see how our international team can help you to expand.

Get the latest international insightsSign up to our newsletter