Football has finally kicked back off in the English Premier League and after a long-awaited hiatus, Liverpool has finally been crowned champions.

However, this got us thinking: how would these clubs perform against each other online? In particular, as to how fast their websites are, a factor that is becoming much more important for SEO visibility.

Why is site speed important?

Page speed is important for a website as Google has made it an organic ranking factor, but it also helps with user experience and keeping users engaged on your site for longer.

Google has a set of tools to help webmasters with page speed, one of which is Google Lighthouse. Google Lighthouse will analyse your site using a mobile device and will give scores based on several different metrics. For this, we used the overall performance score which is a weighted average of the metric scores. Naturally, more heavily weighted metrics have a bigger effect on your overall performance score.

Page speed is the speed at which an individual page loads on your website. Different pages can have different speeds due to factors such as images and scripts. Page speed is not deemed to be as important a ranking factor as content, although, it does help to reduce the bounce rate from the search engine results page.

How did we do it?

Within our technical SEO team, a script was created that runs Google’s Lighthouse tool 100 times and returns the average result of those tests and the standard deviation (how much the scores for each site differed from the mean value). We then took the mean performance score (which is an aggregation of all the performance metrics) for all the Premier League teams and ranked them from best to worst. We also put the standard deviation of those performance scores in for reference.

The table shows a very topsy-turvy Premier League table than we have all been used to over the past few months with the champions, Liverpool coming in 15th position and bottom of the league Bournemouth coming out on top.

The other half of Merseyside’s football fans can rejoice this time around with Everton coming in at second place, beating their city rivals Liverpool by over 50 points.

Other surprises include football giants, Manchester United coming in the last position despite a world-wide following, something that could be holding the club back from an organic search perspective.

Aston Villa fans will, unfortunately, find no solace here either with a bottom of the table placing for site speed too, to add to their real-life relegation worries. 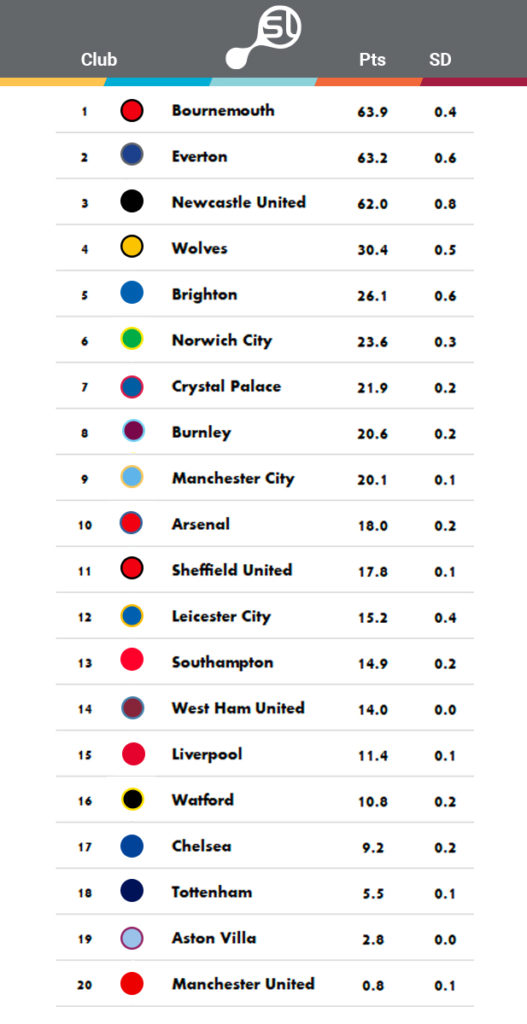 Why run the test so many times?

By looking at the average result, we are able to see a more accurate picture of what Google Bot sees as opposed to a single run of the tool, which will give variable results each time. By measuring the standard deviation (SD) over time, we can gain a better understanding of how ongoing development changes are impacting performance. The lower the SD the more reliable the website performance overall.

What is next for site speed?

Google has recently announced the new Web Core Vitals, which looks at new metrics that have been integrated into Google Lighthouse. They are not official ranking factors yet, but it has been announced that these will be in 2021, so now is a good time to invest in achieving an optimal site speed. Google has also changed the metric weighting for the overall performance score: 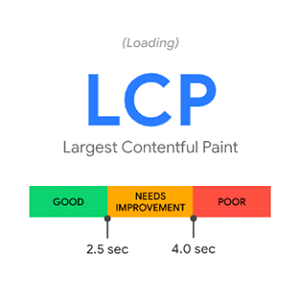 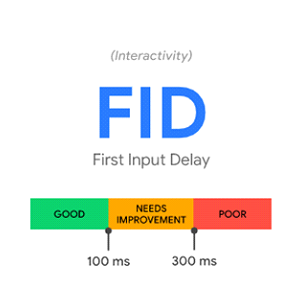 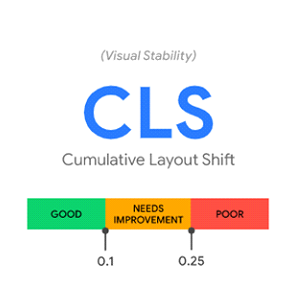 How do you match up?

Speed is becoming an expected norm for users browsing online, and webmasters need to ensure the needs of the end-user are met in terms of these expectations. Google is helping webmasters do this with the tools and resources for you to use.

If you are concerned about your site speed and need some recommendations to help improve it, our technical SEO team will be happy to help, you can contact us here.