In the world of content writing for SEO, there is one common factor across all languages which all writers must abide to: grammar. Whether Spanish, French, Italian, English, German etc., there is one point to remember: nobody is immune to errors. It may happen to anybody, perhaps a little distraction, especially when we are working under pressure or if fatigue looms over your shoulders. However, a mistype and a chain of grammatical mistakes are two entirely different things. 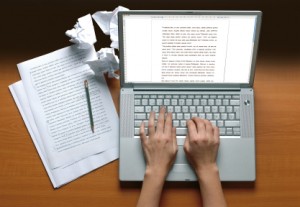 The English language can be quite complex, there are many rules that one needs to consider before being able to write perfectly and often only practice can turn an exception into a real habit. As an example: how many of us have ever paused over, on whether to write ‘who’ or ‘whom’? And how many actually know the correct grammar rule to be applied? Another example is the use of ‘its’ and ‘its’, I myself often confused the two, perhaps due to fatigue or simple laziness and since this particular fault, was brought to my attention, I have not written a single piece of text in which the correct form was not applied. You often only notice these mistakes only once they have been pointed out to you.

I would like to follow up with my first tip of advice: always treasure these suggestions and the mistakes that have been pointed out as if they were gold! Don’t take suggestions as a form of criticism, but as your own fault and you will less likely commit the same mistake. Always remember: it is for the benefit of your readers!

English grammar is full of contractions, which are often denoted with apostrophes. There are many examples of common mistakes, all over the internet, where these contractions are misused. Examples of these are: ‘your’ and ‘you’re and ‘there’ and ‘they’re’. You can easily apply one simple rule to avoid this mistake: read out the sentence. For example if you write “you’re bag looks great” simply expand the sentence and read out “you are bag looks great”, which obviously makes no sense, error spotted. Furthermore, it’s very important to learn to change the way we write. Try to make writing following rules a natural process without thinking that its a time wasting approach, it is always time well spent.

On top of these, we also have to take into consideration the various cross Atlantic spelling variations. One common mistake is the use of the term ‘practice’. In US English the term is used both as a noun and verb. However, in British English ‘practice’ is a noun and ‘practise’ is a verb! One easy way to remember this is: a dentist owns a dental practice, but his son practises the violin.

Finally, if unsure always look up the term you are attempting to use. Applying immaculate grammar may appear pedantic and time consuming, but it will make your content appear more professional, and you will avoid embarrassing incidents in front of prospects and clients!