The online auction site eBay caused a stir in the search engine marketing industry this week with the release of a pay-per-click report that concluded:

Unsurprisingly these allegations raised more than a few eyebrows in the Search Laboratory PPC team.

Regarding eBays argument on brand keywords, the auctioneers propose that, “consumers who query such a narrow term intend to go to that rms website and are seeking the easiest route there. Paid search links simply intercept consumers at the last point in their navigational process.”

A rational point; if you search Amazon, chances are you’re going to end up on Amazons website – and with PPC ads taking prominence in the SERPs then there is a high possibility the ubiquitous online retail giant will have paid for a privilege they could have had for free.

To confirm this suspicion eBay removed ads with its brand name from Yahoo and Bing but continued paying them on Google. The subsequent results were that any traffic or attributed sales lost were then recaptured by natural search, with eBays organic listings increasing in prominence due to the absence of PPC ads.

This is hardly a revolutionary revelation. Colossal brands such as eBay are probably not in need of paid advertising on their company names – but to suggest that “keyword advertising expenses have neither persuasive nor informative value to well-known corporations, and arguably, for other companies as well,” is more than a little far-fetched.

Take Hoover as an example, a company so big it has transcended grammar to become both a verb as well as noun. It is certainly no foregone conclusion that consumers typing Hoover into their search engines looking to buy a vacuum cleaner are going to automatically end up steering a Hoover around their living room – James Dyson is likely to have a say on the buying process at some point.

And this is where eBays report falls down. The auctioneers report is probably true to them when it comes to keyword branding, as eBay is the force in online auctions and consumers will simply click on natural listings in the absence of paid – but other businesses do not enjoy this privilege.

Bidding on brand keywords is especially important when it comes to smaller, lesser known businesses where the SERPs are likely to be more competitive and may throw up examples of businesses bidding on competitors brand names. A well-managed PPC campaign in this instance could be the difference between a business succeeding or failing.

We have worked with advertisers who rely on Google AdWords for as much as 90% of their incoming traffic and sales. Without this traffic they would basically cease to exist as a business. Just because it hasn’t been working for eBay absolutely does not mean that it wont work for other companies.

The same is true for the eBays stance on non-brand keyword bidding. The auctioneer conducted tests on non-branded search terms such as cell-phones and found that any sales from these terms were statistically insignificant. However, if eBay is achieving sales of a profitable level from PPC ads using non-brand terms then there is no such thing as insignificant.

Cell-phone was just one of a million generic keywords the auction site could choose to bid on, so if eBay targets the whole set of keywords around this term then it will add up to make a much larger proportion of sales. If that specific keyword isn’t making money then it’s probably the case that the PPC campaign is not being managed particularly well.

The online auctioneer has never been renowned for its PPC management and the above screen shots, which suggest eBay for a time were appearing on pretty much any searchable term, may give an insight into why its non-brand terms are triggering insignificant levels of sales.

Clearly managing a PPC campaign for a company that literally sells everything is an extremely tough challenge and it has used a lot of automation to get its keyword coverage as expansive as possible. However, one has to believe that this could’ve been tackled in a more strategic manner in order to build up more relevance where they refine and cut out areas of the account that aren’t working.

Sales from non-brand data are fairly simple to track and therefore if eBay is making money from its PPC – which it admits it is – then there is no reason to stop. 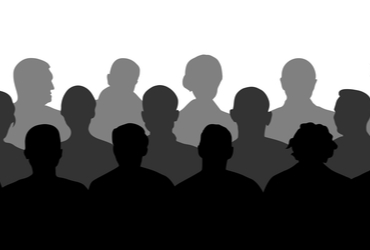 What audience solutions are available in Search Ads 360? 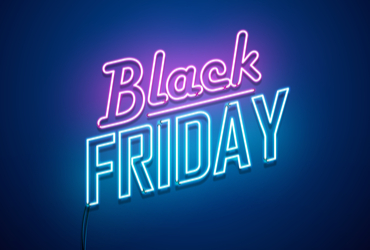 How to prepare for the Black Friday sales