“Languages are the most powerful instruments of preserving and developing our tangible and intangible heritage. All moves to promote the dissemination of mother tongues will serve not only to encourage linguistic diversity and multilingual education but also to develop fuller awareness of linguistic and cultural traditions throughout the world and to inspire solidarity based on understanding, tolerance and dialogue.”

This year to celebrate International Mother Language Day the multilingual team here at Search Laboratory decided to design our mother tongues. We wanted to make other co-workers aware of the differences in culture but mainly the differences and resemblance of languages. We were all handed a template to design and on the day all nine tongues were displayed in the office.

On February 21 every year the International Mother Language Day is celebrated all over the world. It is celebrated to show awareness of language and multicultural diversity. The day represents February 21 1952, when Pakistani students fought for recognition of their language, Bengali, and were killed. The day was first recognised by Unesco in 1999 and not until 2008 acknowledged by United Nations General Assembly. 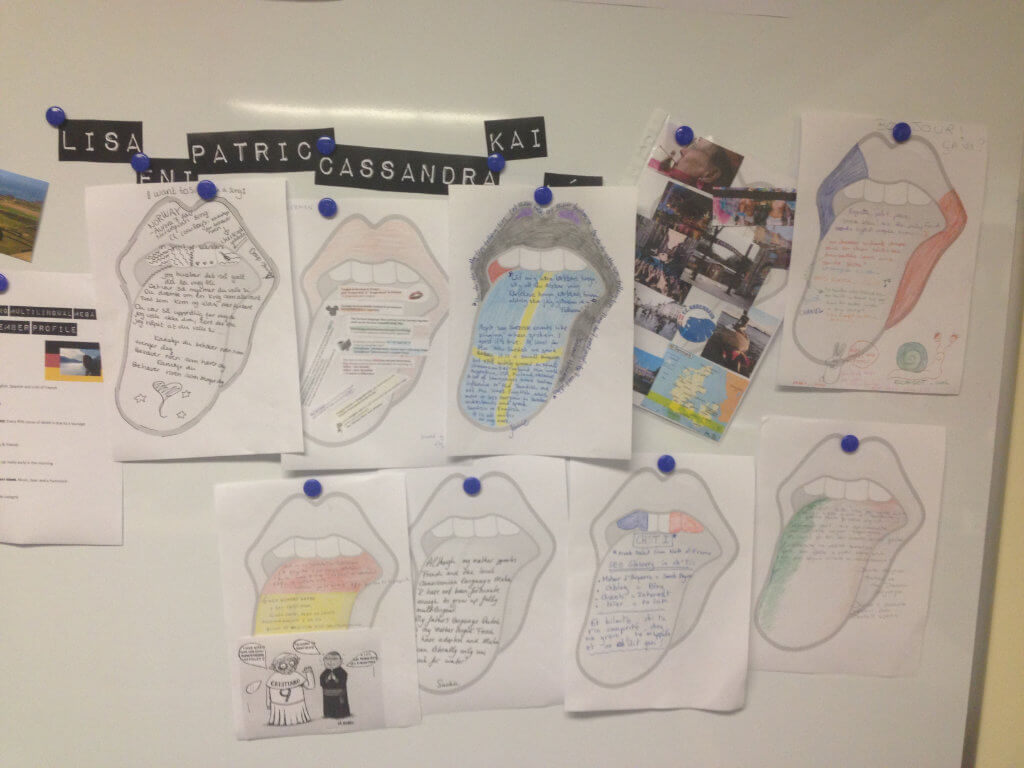 Denmark – Sarah Tramm decided to add a lot of pictures representing the Danish culture which shows how relaxed and peaceful they are and how much they love their country.

France – Marine Granger and Cedric Farineau chose to make one design each. Marine mentioning that David Guetta is French and what types of food can be eaten. Cedric gave examples of the dialect in north of France and how it differs from the rest of the country.

Germany – Lisa Hessler gave examples of some interesting German words, also educating us in what some letters look like and how they are pronounced in their mother tongue.

Italy – Davide Tien gave us a quote from the famous Italian poet, Dante. His extract from Inferno represents how the Italian language can be used.

Netherlands – A short description of how Saskia Roskam has grown up to be multilingual.

Norway – Representing its language with a happy song and also it is Aurora Prois favourite tune.

Spain – This design was made by Spanish linguists, two jokes representing the cities where Ana Mirambell and Alejandro Fernandez are from and one joke about football since it is what Patrick Vazquez loves the most.

Sweden – I believe the Swedish language sounds like singing so I quoted two songs, one Swedish and one English to represent the mouth and tongue design.

Which native tongue is your favourite? Go to our Facebook page for a closer look, and like your favourite tongue for the chance to win a prize!