Challenges and advantages when working with Germans

Home    Insights    Challenges and advantages when working with Germans

Germany is FIFA world champion and why not? However, this is not all Germany has to offer. Apart from a rich history and culture, the country with a population of 80m people has a strong economy and offers great opportunities especially in the ecommerce market. Naturally with markets in different countries, there are cultural differences when working with Germans, which can be challenging if you are not aware of them. In the following, I will have a look at the communication style, time and punctuality and finally the separation of work and private life. This aims to provide a deeper insight into the peculiarities of German work life as well as showing tips on how to deal with these.

If you have ever worked with a German, you might have experienced a blunt 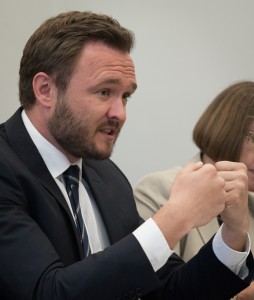 way of communicating, which if an English person would do it, would be considered as rude. Germans are known to be straight shooters but this does not mean that Germany is a country of impolite people; far from it. In fact there are countless books on etiquette, the most important of which was published in 1788 by Freiherr Adolph Franz Friedrich Ludwig Knigge, whose name is still synonymous with good manners. The directness rather stems from the fact that Germans are very result driven.

In a meeting criticism from a German is not meant as a personal attack but rather as a way of helping to improve the final result. In the same way Germans appreciate a straightforward approach from their colleagues, business partners and clients. The advantage of this of course is that you always know whats up. Guessing games are not necessary as you will always know where you stand with a German. So if you want something done by a German, just tell him. There is actually the bonus that you do not have to exchange pleasantries beforehand.

It is a well-known cliché that Germans are unfailingly punctual. From local busses and trams to long distance trains everything is laid out for punctuality. Even the most reliable trains are operated by German companies. According to linguist Richard Lewis, the reason for this rigorousness, especially in comparison to people from Italy and Spain, lies in the different ways time is conceptualised. Whereas the Spaniards and Italians seem to have multi-active time, Germans perceive time as linear. In a nutshell, in the multi-active time, human actions are more important than fixed schedules. However in the linear concept time is a resource which is viewed as wasted if not used effectively. Although within this theory England also has a linear time concept, it is easy to see that in Germany timekeeping is executed in a near religious way.

Punctuality in Germany is a sign of reliability and therefore being late regularly is not just seen as rude but as a sign of being undependable. But why is punctuality so important to Germans? Business Culture sees the reason behind this in the strong link Germans see between predictability and security. Rules and regulations give people the security of knowing what is and can be expected. If you know what is expected your planning can be more reliable and the outcome is more likely to be predictable. This is why Germans like to measure and organise their time in dividable units.

Separation of work and private life

‘Dienst ist Dienst und Schnaps ist Schnaps’ (Duty is duty and liquor is liquor) this proverb describes the working relations in Germany probably the best. What is meant by this is that there is a clear divide between work and private life. Germans might come across as a bit unfriendly at first and this is because they like to keep the aspects of their lives, i.e. work and private sphere, separated; for the most parts only at first. So it is not surprising that at the beginning Germans focus on the tasks rather than building work relationships. Small talk is not something that is appreciated as it distracts from the duties. You could argue that this is because of the incredible studious work ethics and this might be correct.

However, another reason could be the small amount of days Germans actually go to work compared to the rest of the world. The statuary minimum of annual leave in Germany varies between 20 and 30 days (depending on size of the company) and the amount of bank holidays can be up to 13 days (depending on the federal state). It seems like when Germans actually do come to work they seem to feel the need to be productive then. Having access to paid leave of roughly 8 weeks every year, might be the reason why they are so focused. Having a German in your team might be beneficial as you will know that they will be working very hard towards the success of your campaign.

In order to have a successful relationship with a German client make sure that you are always on time and meet deadlines. Furthermore don’t get upset by the direct way of communication, which you will encounter. Take the suggestions on board as a helpful way to improve the end results. Furthermore, don’t be put off if a German does not want to take part in small talk. See it as a positive thing that he is so committed to the task and ultimately the shared goal. He might be very busy. If that is the case, you can rest assured, he will tell you. If you want to break the ice by telling a joke, you can use this video by the BBC as a guideline.