The emotive value of social media

As humans we often take emotional shortcuts in decision making. For example, when we are faced with a predator, rather than taking time to calculate the next move, fear instantly tell us to quickly flee. We are all based on this emotional decision making; we react first and apply rational thought later.

From a marketer’s point of view, emotion is an extraordinarily powerful tool to leverage. If you can make a customer feel emotions of joy or happiness when they come into contact with your brand, you initiate the first steps towards brand loyalty.

There are few better examples of this than Apple. Apple’s brand is constructed to make the customer emote; from exclusive press events to sexy premium products that make you feel cool, Apple places high value on emotional decision making.

The best example is when you walk into an Apple store. Take a look at how all the MacBooks are displayed. They will always be open, but only slightly. This is because Apple wants the buyer to open the MacBook and inspect it, tempting the buyer to touch the laptop and make an instant and personal connection based on an emotional response which helps influence the impulse buying reaction.

This is not just the case in physical stores, but in the digital marketing world as well, especially social media.

A 2013 study conducted by researchers at the Belhang University in China looked into how emotions travel across social media and discovered that, of all human emotions, anger travels fastest and is the most infectious. The image below (a) depicts a series of social media users interacting with one another while (b) shows the emotion contained in each interaction: 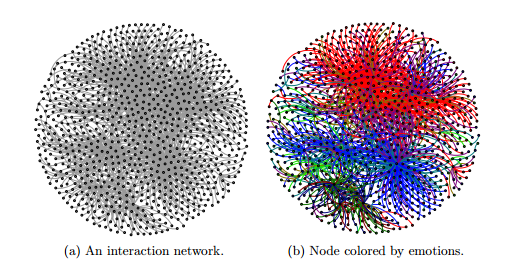 As you can see, red, which represents anger, is the dominant colour across all the interactions and it also travels the fastest. This was a breakthrough study in online emotional responses as it dispelled the myth that joy was the fastest travelling emotion.

From a social marketer’s point of view, what does this mean? Well, it highlights a possible need for brands to react to a statement quickly to stop negative sentiment from spreading across the web.  If emotions are left to travel without a response from a brand, that rapid spread of anger on social media could be extremely damaging to a brand’s perception.

To my mind, nobody has handled this phenomena better than comedian Jimmy Carr, when he found himself on the front page of every tabloid one morning, accused of not paying enough UK tax. He simply responded with the tweet below which quickly quelled the anger: 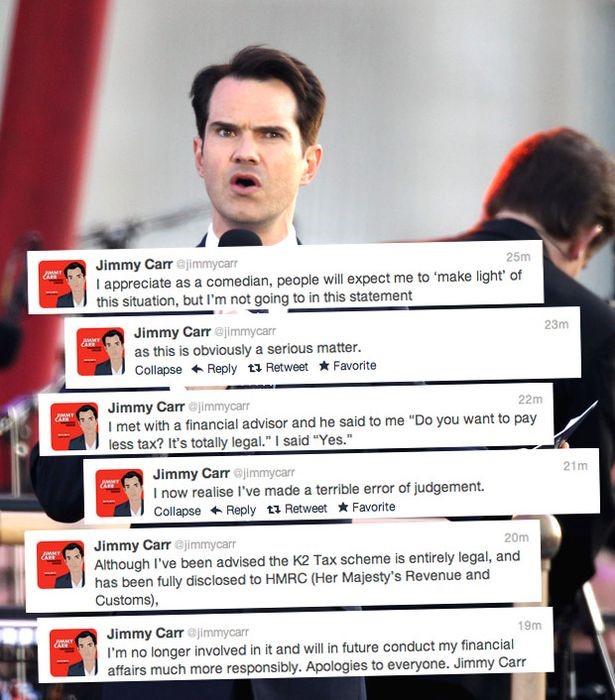 The social network set out to manipulate the sentiment of over 680,000 posts in users’ newsfeeds. In one group, Facebook removed posts containing positive sentiment and replaced those with negative ones. In the second it did the opposite, replacing negativity in the newsfeed with positive posts. Facebook then analysed over 3 million posts (122 million words) that the users published after viewing these manipulated timelines.

The results showed an increase in happy sentiment from the positive group and an increase in angry posts from the negative ones. This was key research, as it proved that emotion could spread online without the need for face-to-face interaction.

As marketers, does this prove that brands should have a tone of voice that the customer can relate to which makes them feel positive? Surely, if the user is surrounded by positive messaging, they are far more likely to think positively about a brand, or better still, their next purchasing decision?

The final emotional research I wanted to share with you was developed by two Italians; Marco Guerini at Trento RISE and Jacopo Staiano at Sorbonne University. This huge cross-lingual study was concluded earlier this year and used web crawlers to collect data from 65,000 articles.

What was most interesting about the study was how different emotions affected how people shared content. Content that amused, inspired or promoted happiness resulted in users sharing the information across social channels with their online community. Why? It appears these emotions tended to make the posting user feel dominant or in control, which in turn led to an increased propensity to share the content that made them feel that way.

So it seems that if we can create positive content which amuses, inspires or spreads happiness to our audience, this will likely result in a high volume of additional shares.

This reminds me of my favourite social campaign by Old Spice, when they hired ‘Director Wolfdog’ as its marketing director. Here’s a reminder for those of you who missed it:

The content gained over 4,000,000 views in under seven days, 30,000 new social followers and resulted in 600,000 page views of oldspice.com. People shared this, because it made them feel something, it was new and unique and created an excited emotional effect.

Social media is always evolving and so are humans. With time these pieces of research will give way to new updated hypothesis which may one day change the face of social media marketing. Until then I hope that the next time you create a social post or content calendar for your brand, you’ll take a second to think ‘how would this make me feel?’