Home    Insights    What is a CDN and how can it be used to conduct A/B tests in SEO? 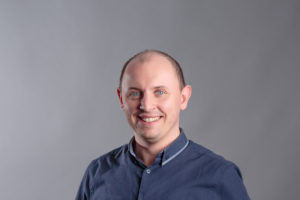 When it comes to search engine optimization, there is no exact science or magic formula. There are best-practice guidelines which give an indication of what approach to take for improved results, but we are unable to identify in advance exactly how much impact (and in what time frame) making one change will have on your position in the SERPs. Instead, the industry relies on making and testing hypotheses based on the guidelines we are given.

A/B testing is an excellent way to determine how much of an impact a change will have on improving your rankings. Unlike in CRO split testing where multiple versions of a single page are created, it would be ill-advised to do this for an SEO test as search engines would see the alternative page as duplicate content, and one or both pages would be penalized (this is not the case in CRO tests as JavaScript is used to alter the appearance of 50% of visitors to that URL, rather than creating multiple URLs for the same content). We talk more about the differences between CRO and SEO split testing here if you’d like to learn more.

Instead, we need to make changes to like for like groups of pages; for example, ‘heels’ versus ‘trainers.’ By keeping one group of pages the same, and making changes to the other, we create a test and control bucket. We can then forecast traffic changes for each group and see if the changes we made allow the test group to significantly outperform the control group – in which case, we can roll the changes sitewide and reap the benefits. 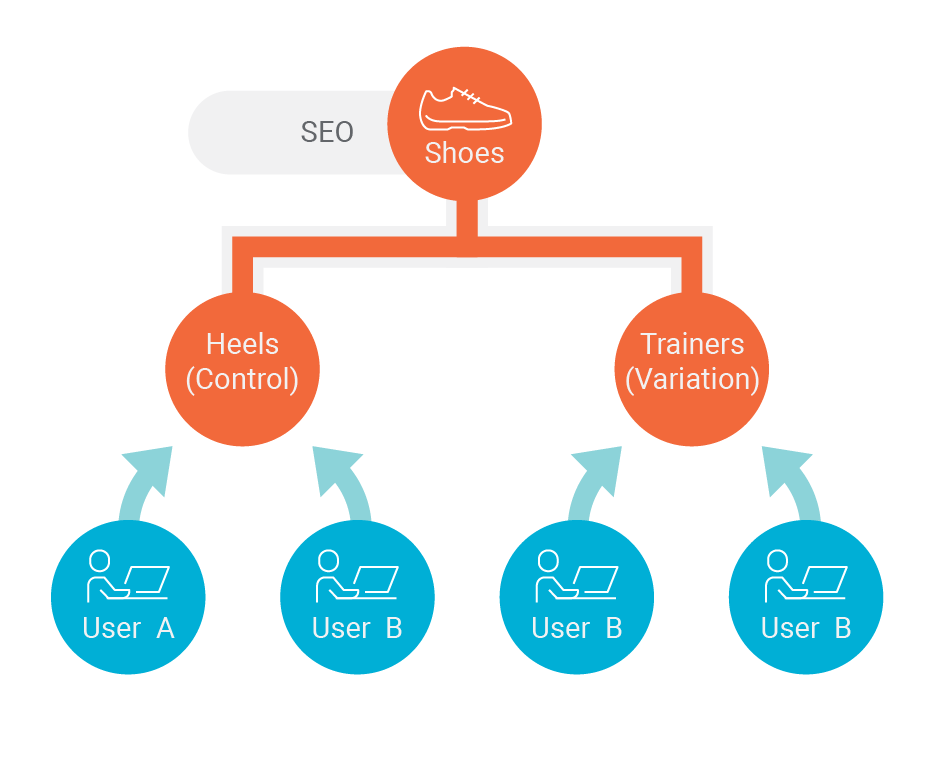 The cost of A/B testing

In theory, split testing SEO changes is great. However, it often relies heavily on web development to implement any changes. Developer time is something that many brands struggle to get enough of, and there is always the possibility that a change may be made which will have little impact, or even negatively affect traffic, which means more developer time will be needed to reverse the changes.

What is a CDN?

A CDN, or content delivery network, is commonly used to reduce the time it takes for website content to load, regardless of the geographical location of the user visiting the site. The network consists of POPs (point of presence) and edge servers; CDNs have multiple edge servers in multiple POPs.

Each CDN holds a copy, or cache, of a website; when someone visits a site, their search engine requests a copy of the website and the edge server, rather than the host server, delivers it. As the edge server tends to be in closer proximity, it can deliver the content significantly quicker – resulting in faster loading times.

The ‘CDNExample.com’ host server is in China but has a CDN that spans the globe, with multiple POPs and edge servers worldwide.

The ‘CDNExample2.com’ website host server is also in China but does not have a CDN. When both User A and User B visit their site, they face significant loading times and end up leaving the website out of frustration.

How can we use CDN to conduct SEO A/B testing?

It can be difficult for brands to get technical changes signed off for two reasons; the first being that developer time and resource can be scarce, the second being that sitewide changes could damage traffic. For websites receiving huge amounts of traffic, that can equate to huge losses over just a short period of time.

We can use CDNs to bypass both of these issues and conduct split testing on websites. There is a small margin of time between the CDN sending the website, and the browser receiving the content, where we can inject small snippets of code that alter the website as it appears to the user. This code can be inserted by Technical SEOs, eliminating the need for development time.

By testing technical changes using A/B testing, we can minimize any negative consequences as we a) are limiting the effect to just 50% of the pages and b) can identify loss of traffic quicker when we are comparing to a control group.

Once you have a hypothesis, carrying out split testing is simple:

If the change has shown to improve traffic, you can put forward a case for getting developer time to implement the changes permanently. For changes which show to have little impact to traffic, or even negatively it, you can delete the code from the CDN.

If you’re interested in finding out more about how we can use CDNs to improve your SEO, get in touch.

Watch our latest webinar on Advanced Technical SEO for the Modern Marketer!

What you will learn: