What is Campaign Manager?

Home    Insights    What is Campaign Manager?

While it is first and foremost an ad server, Campaign Manager has several added features and benefits that make it a useful tool for end to end media campaign execution, from planning campaigns through to reporting on them. Advertisers can use Campaign Manager to target ads anywhere (instead of exclusively in Google Ads, for example) which makes it a great tool if you are running large display campaigns across multiple platforms.

Campaign Manager has the added benefit of natively integrating with Google Marking Platform products, so the process of creating, trafficking, running and reporting on ads can be smoothly carried out.

In this blog, we will run through exactly what Campaign Manager is and how it can be used.

First things first: when and how do you use Campaign Manager?

Campaign Manager can be used in conjunction with display platforms like Display & Video 360, which begs the question – why would advertisers use Campaign Manager?

Campaign Manager delivers ad serving, trafficking, tracking and reporting under one roof. While it natively integrates with Google products like Display & Video 360, it can also be used to run display ads on non-Google properties – for example, if you have a direct deal with the Daily Mail to run an ad on their homepage, this can be run in Campaign Manager.

Campaign Manager is an ad serving platform which advertisers can use to manage their online advertising content and ensure it is displayed to the right user, on the right website.

It has many advanced trafficking and tracking features which make it an ideal tool for creating a clever campaign, and highly customizable reports so you can ensure your campaigns are driving value and you are getting the most for your money.

Within Campaign Manager, you can create a campaign and set campaign properties to determine everything including but not limited to:

You can also control verification settings within Campaign Manager to prevent your ads from appearing in inventory where you do not want to be seen. Ad blocking criteria can be implemented and enabled for specific campaigns, sites or placements, which gives advertisers a good level of control over where ads and campaigns are seen.

In addition to trafficking ads hosted natively within Campaign Manager, you can traffic other channels including social, email and third-party buys, allowing for full-funnel, channel measurement and attribution.

Advertisers can create pixels in Campaign Manager which make it possible to track any and every type of conversion, from transactions and inquiries to page visits.

Floodlight is an optional feature in Campaign Manager which also allows advertisers to track and report on all types of conversions. For each event or conversion, simply create a new Floodlight activity; Campaign Manager then creates the tags you need to add to your site to allow tracking.

Campaign Manager can also be used to track clicks and impressions on any URL using click trackers and tags. This means advertisers are able to track conversions across the whole customer journey – everything from ads, emails, social and even text links can be tracked without the need to have been created or delivered in Campaign Manager.

Campaign Manager can measure and report on performance data with powerful insights, including cross-channel attribution and verification.

Advertisers are able to build custom attribution models within Campaign Manager to understand how each channel plays into performance. Due to its ability to track clicks and impressions on any URL, Campaign Manager can be used to create cross-channel reports, which highlight the full customer journey.

Within the reporting module, there is a subsection called Verification. Here, advertisers can analyze their ads and tags and ensure that their ad campaigns are being shown to the right people on the right websites. 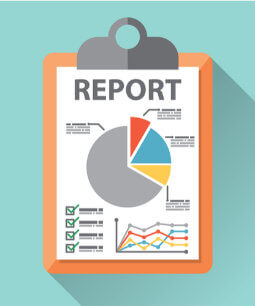 Integration with the GMP stack

As part of the Google Marketing Platform, Campaign Manager seamlessly integrates with other tools such as Search Ads 360, Display & Video 360 and Google Tag Manager. Once joined up, Campaign Manager can count conversions from all platforms in a de-duplicated way so the true value of each channel can be reported on.

Are you investing in the right marketing channels?

In the traffic section. we take a look at your paid search and organic methods to grow your reach to get the right traffic to turn into more conversions.

How can you drive high-quality traffic to your site?

Learn more about the Google Marketing PlatformSubscribe to our newsletter