Figures recently released by PwC for the Internet Advertising Bureau (IAB) show advertisers are rushing to take advantage of the boom in smartphone usage, with advertising revenues for mobile more than doubling to £526m in 2012 (up from £203m in 2011). Mobile search advertising accounted for 69% of total mobile ad spend.

Comparatively while UK internet advertising spend rose by 12.5% to £5.42bn, representing a £607m increase over the amount spent in 2011, mobile accounted for a staggering 53% of the total increase.

“Mobile has reached this milestone because marketers are becoming more attuned to the always-on nature of consumers who expect to engage with content wherever they are,” said IAB Director of Research, Tim Elkington.

The revolution in handheld devices has had a massive effect on the ad market. In 2008, when Steve Jobs unveiled Apple’s app store, an event which would accelerate the smartphone market and irrevocably change how people use phones, mobile advertising in the UK was a paltry £25m, said the Guardians media business correspondent in his article covering the significant jump in mobile advertising.

The UK is leading the way for smartphone adoption

It’s no secret that smartphones are increasingly ubiquitous. The UK leads the way in international markets for mobile device ownership and usage according to Ofcom. 58% of the UK population owns a smartphone and this is one of the highest penetrations in the markets the report covers. While a more recent innovation, it is also estimated that almost one fifth of the UK population already own a tablet – the device of choice for purchasing more costly items.

The UK market has always been at the forefront of mobile device usage with this accounting for 16% of all website traffic in 2011, a figure consistently higher than many other European markets.

While our increasing demand for information on the go is the obvious reason for increases in mobile device penetration, social networking is also cited as one of the driving forces behind the increased shift to mobile. 40% of UK adults use their mobile phones to visit social networking sites, while among the 18-24 year old category – that figure increases to 62%. While mobile advertising is an increasingly important part of any advertisers campaign planning, so too is social. Social advertising has developed into a strong advertising medium – with ad spend up one quarter to £328m, a fourfold increase over the last 3 years.

Mobile connectivity is changing the way we use the web

Over one fifth of UK mobile users used their device to visit retailing sites, data from Ofcom suggests, and with internet spending reaching over £1,083 spent per user, its no wonder why advertisers are so quick to ensure their adverts are reaching those using their mobile devices to buy online.

Our households now have more active screens on simultaneously than ever before. An Ipsos MediaCT survey cited 54% of smartphone users logged on to the web while watching the TV – a figure backed up by many retailers who also saw pre-Christmas trade peak during the most popular television programmes.

Further to this, there has been a distinct rise is so-called “showrooming” or ROBO (research offline, buy online) purchases. There is an ever narrowing gap between online and in-store shopping and there is clear evidence for why mobile advertising is so important to retailers. Whether conducting a price comparison in-store using their mobile, comparing reviews or features or checking stock, today’s consumers are increasingly demanding and more than half of mobile consumers claim they use their phone in some way whilst out shopping on the high street. Now is definitely the time for major retailers to ensure they have their multichannel campaigns carefully planned out and seamlessly integrated if they haven’t already done so.

Interestingly, research from HotelMarketing.com also found that last minute searches for holidays, travel and hotels on mobile devices are rapidly growing. More and more people are searching via their smartphone or tablet for holidays – 33% in Q3 2012, up from 5% the previous year.

Tablets remain the most popular mobile device for purchases, with over half of owners buying online vs. 44% of smartphone users – presumably down to concerns over security which still haunt mobile phone users.

As well as becoming more tech savvy, consumers now expect to see their favourite brands advertising on tablet and mobile devices as a matter of course (research from the IAB found that of those surveyed, 45% expected brands to be present across all their devices).

Of all mobile advertising, interactive advertisements have been found to have far better click-through rates than static adverts and they encourage users to stay around longer on a web page – 31% longer to be exact. Not only do consumers want to access data on the go but they are also becoming more responsive to more sophisticated and interesting advertising messages.

Who is making the most from the rise in mobile advertising spend?

Unsurprisingly, Google came out on top of the latest ad revenue increases, taking the largest share of the £526m revenue. These increases helped grow its paid search revenue to a healthy £3.17bn in 2012.

Moving forward social sites including Facebook have the most to gain potentially. The advertising giant is yet to introduce mobile advertising options. It has recently seen significant increases in the display market where the overall market rose 12.4% to £1.3bn.

While the 4G network is still in its infancy, its introduction is set to accelerate the uptake of mobile device usage even further. This will no doubt have a positive effect on mobile advertising revenues as advertisers try to engage the increasing number of people switching to their mobile devices over their desktop PCs. 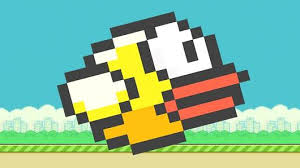 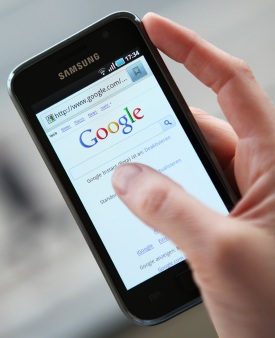