If you work in search marketing then you should be familiar with Rand Fishkin – the co-founder of SEOmoz, the most used tool in the SEO industry. He classes himself as a ‘social media junkie’, and is often invited to speak to the search engineers at Google & Microsoft.

We are already a third of the way into 2013 and it is time to reflect upon whether Rand Fishkin’s predictions for 2013 have already become reality and whether we actually agree with them? 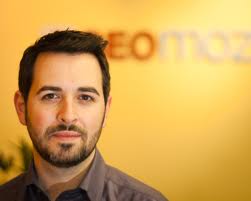 1. Google will maintain majority of search market share, despite some big players potentially getting involved.

Large companies such as Apple and Facebook are rumoured to be getting involved in search marketing. But Rand predicts Googles market share will remain secure by the end of 2013. Why? Using Google is a formed habit and it will take a LOT to change this habitual way of searching.

Facebook’s Graph Search is probably the nearest we have to another contender for Google, but there is no sign that this will take off in 2013, it will take much longer to even touch Google’s dominance.

2. SEO in job titles will become limiting, as it is associated with spammy bad practice in some circles.

This is why it is so important to use honest and ethical methods in SEO. People are beginning to refer to it as ‘inbound marketing’ as they take on extra responsibilities such as social media and PR. But a search conducted on LinkedIn showed SEO outnumbers Inbound Marketing in job titles. Predictions for 2013 are the two job titles will go head to head.

We’ve already seen this happening in the market and agree that Rand’s prediction will come into effect in 2013, if it hasn’t already. Job titles won’t change in every company overnight (after all there is a HR and training consideration in such a change) but it’s undeniable that SEO is less in vogue and that such efforts are now better described as ‘content’ or ‘inbound marketing’, ‘online promotion’ and increasingly also ‘online PR’.

Rand predicts that as many markets and businesses are reliant on data it won’t be a surprise to see organisations use a bigger variety of analytical tools, as marketers become more suspicious of Googles data and approach. For those more dependent on quality data we can expect to see a movement towards better more niche tools, however notable movement is unlikely for small to medium size organisations.

This prediction is hard for us to agree with as after all Google Analytics is a free tool and many of the better analytics tools come with a hefty price tag not everyone would be keen to pay.

Theres been a continual upward trend in the amount of users it has, so it will probably continue to increase. Googles author tag may attract more people to use it such as journalists and those searching for great content.

5. App Store search will be ignored because it is nothing like web search and focuses 90% on brand marketing.

Predictions from Mr Fishkin are that brand marketing will return to the web and use mobile devices to expand their businesses as the Apple App Store and Google Play are unfamiliar to us.

Marketers and SEOs on the whole have never really paid much attention to the App Store (unless of course they produce or sell Apps)! Client side marketers may need to consider their presence in the store and how to increase downloads but beyond this it is likely to remain largely a niche part of the wider search marketing strategy.

This is how they make their money, and considering Facebook recently became a company with stocks and shares, it makes sense that they want to make more money.

As Google tries to retain the top spot in the Western world by asking for optimised protocols, SEOs, publishers and web-based businesses have been warned of big changes like never before!

8. The social media reporting/management/scheduling/analytics tools market will not see significant innovation or growth as they have seen a decline in users in previous quarters.

As multifunctional analytical tools come into the market, fewer features will be required in an overcrowded and frozen marketplace.

This one is hard to comment on, Rand’s statement is quite sweeping. As marketers are still embracing social and are also still getting to grips with how best to measure its impact, growth in the market is possible however significant new innovations may be less frequent. There are however distinct opportunities for mergers and acquisitions in the market in the coming year.

If a link to a site is mentioned alongside a specific brand a lot, it will impact its rankings. This is a move in the right direction, and will hopefully reduce keyword spam.

This has already been implemented by the main bulk of the white hat SEO industry ever since the Penguin Google update which began to penalise sites with too many exact match anchor text links pointing to them. By this point we’d be very surprised to hear about any SEO’s still using this outdated, unnatural technique.

10. Inbound marketing has become hot property as search becomes more transparent and old practices have been pruned and penalised.

We can expect to see organisations acquiring tools/software companies to help aid and further search efforts.

Search and SEO have always been inbound marketing and should have always focused around relevant content marketing. While the new buzz words are being banded about frequently in our eyes nothing really has changed.

In our industry it is hard to predict what could and should be happening this year and beyond as we all know from past experiences that anything can happen -the search marketing industry can change in a heartbeat. The key to being successful is to be adaptive, agile and keep ahead of the industry in terms of best practice and ethics.