Google rolled out its latest anti-spam update, known as Penguin 2.0, on Wednesday. The fourth and latest generation of the search engines Penguin webspam algorithm is designed to hit websites that have indulged in black hat SEO techniques, such as link spamming.

The announcement by Googles Head of Webspam Matt Cutts on his blog that the update had been unleashed caused quite a stir both in the industry and further afield, with Penguin 2.0 and #penguin both trending on Twitter.

Its early days, but Google has confirmed that Penguin 2.0 will be more comprehensive and go deeper than its 1.0 predecessor – which is good news for sites that rely on high-quality, relevant content for their SEO strategy.

We know the update will target paid-for advertorials, while the payday loans industry is also in Googles crosshairs. Initial observations are that the search rankings of large authorities – think Tesco, Amazon etc. – have benefitted from the update. Game sites and The Salvation Army have been some of the early losers.

There is the opinion in the search industry that Penguin 2.0 has not had the seismic effect that was predicted. However, Cutts has made a point of bringing attention to this spam report tool – so its clear that there will be some tweaks soon. Google has said that there is a big summer ahead for search and by the end of it spam will have been devalued in the SERPs (Search Engine Results Pages).

Rather than Wednesdays roll-out being the big bulldozer update, I would think this is step one of a series of smaller shifts, which when combined should amount to that seismic shift everyone had expected.

In announcing that Penguin 2.0 was in effect, Cutts said: “This is the fourth Penguin-related launch Google has done, but because this is an updated algorithm (not just a data refresh), we’ve been referring to this change as Penguin 2.0 internally.

“About 2.3% of English-US queries are affected to the degree that a regular user might notice. The change has also finished rolling out for other languages world-wide. The scope of Penguin varies by language, e.g. languages with more webspam will see more impact.”

The algorithm update had been expected, and Cutts outlined the probable changes in search over the coming months in this recent video: 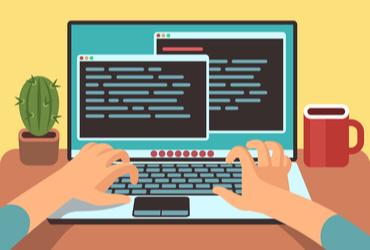