Home    Insights    Are you underestimating the power of Bing? 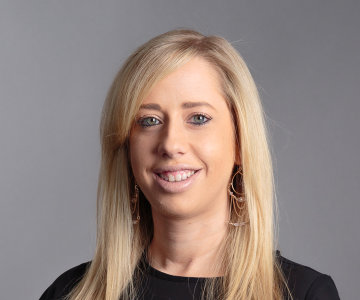 When people talk about SEO, and search engines in general, more often than not they are specifically talking about Google.

At the time of writing this, Google accounts for around 88% of the market share worldwide, so it’s no surprise most SEO strategies prioritise Google’s algorithm over all other engines.

However, completely forgoing other search engines in favour of Google can be detrimental to your overall traffic – particularly if the search engine you happen to neglect is Bing.

Bing is a Microsoft owned search engine which has been around since 2009, although Microsoft has provided various search engines prior to this – remember MSN Search? While it is the second largest search engine, Bing only holds 6% of the global market share, so it’s not a huge surprise that it is often neglected. That said, 6% of internet users equates to millions of users every day, and with Bing’s audience differing slightly from Google’s, it could be a great opportunity to capture highly relevant traffic for your brand.

Who is using Microsoft Bing?

So, who actually uses Bing? The answer is more than you think, although it is unlikely those using it are heading to bing.com! Bing’s share has slowly been growing, too – partly in thanks to the 90% YoY growth of active Windows 10 devices.

Bing is the default search engine for Windows Cortana Voice Search, Windows 10, and Office products (like Outlook) – as a result, a large number of Bing searches are made on desktop – 13.7 billion monthly desktop searches, taking up 12.8% of the desktop market share. Bing users are typically slightly more mature with an average age of 45, more educated, and more affluent. As a persona, think of a slightly older office worker who has kept their desktop’s default search engine.

There are other audiences that use Bing, too. It is the default search engine for Xbox users, which has a slightly younger and male-dominated audience; Yahoo, DuckDuckGo and Ecosia also use the Bing search network, each with their own unique audience – for example, Ecosia users are younger and more mindful about the environment; they are also predominantly based in Germany (where the search engine originates).

Bing has also partnered with several major ecommerce platforms including Amazon (and subsequently, Alexa) and GumTree. As a result, Bing reaches more than a third of all online retail searches, which gives advertisers who run shopping campaigns on Bing a great advantage.

What this means for international brands

While Bing only accounts for 6% of the market share worldwide, this is significantly more in certain countries on desktop:

Neglecting to consider Bing in your SEO and paid media strategy for international markets means you may be missing out on potential customers. While there is a smaller audience pool, Bing users have a higher income than Google users and more buying power, which means they can be much more valuable.

Another benefit of running international ads on Bing is that your ads will appear on more search networks, meaning a wider reach which is essential for building brand awareness in new markets.

Reaching your audience on Bing

Convinced that you need to get your brand on Bing? Great! The good news is that many of the practices used to optimise your website for Google work for Bing too.

That said, there are some differences that are worth paying attention to.

Unlike Google, Bing looks at social signals when deciding which websites are more authoritative, so having a strong social media presence with high engagement will improve your position in Bing’s SERPs.

On-page is more important than off-page

External links are less of a ranking factor for Bing than they are for Google; instead, the algorithm places a greater focus on the quality of your content. Optimise your page titles, meta descriptions and website content (e.g. keyword placement) with your target keywords in mind, but also ensure that the content you produce is audience-focused and of high quality.

Bing has also said that presentation impacts ranking, both in terms of webpage layout and appropriate presentation of advertising (e.g. not hiding content behind ads).

It is unlikely that you would benefit from advertising exclusively on the Bing search network but supplementing your Google Ads with ads on Bing can help to improve performance, particularly if your target audience fits those that use Bing search networks. Bing Ads perform particularly well in the health, business and finance, automotive and telecom industries, and they typically have a lower CPC than Google due to less competition.

One advantage of Microsoft Advertising is the ability to review performance by the search engine as well as choose to target or specific Bing search engines. This is useful if you have identified your audience is much more prominent on just one of their search networks, as it allows you to focus your budget on this platform.

What about other search engines?

Knowing where your audience is online is key to growing branch reach and awareness when entering new markets.

If you are selling internationally, it is important to be aware of any market specific search engines used by locals. For example, Google does not operate in China and most Chinese people use Baidu, and in Russia Yandex is the most popular search engine. 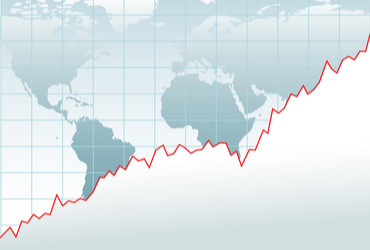