The path between finding a product online and getting it delivered to your door is just a few simple clicks, and it is this ease alongside the wealth of choice online that is causing the ecommerce market to rise exponentially. It wasn’t that long ago that online shopping was considered risky, but as internet security and safety has become increasingly advanced, buying through the internet is now the norm. And this is still just the beginning; research shows that sales figures are set to rise to $4.8 trillion worldwide by 2021.

Brands must take advantage of the growing ecommerce opportunities around the world to stay ahead of their competitors and grow their business, but where should they be looking? Using Statista data, we carried out research to find out which international markets retailers should be targeting if they want to be successful in online sales.

Our study resulted in a top ten ranking for online spending per capita, ecommerce revenue, and ecommerce markets on the rise, and also reveals the leading industry in each country.

When it comes to spending per capita, the UK comes out on top, with Brits spending on average more money online than any other country at£3,161 worth of purchases per person each year. This is some way ahead of the next biggest spenders: the United States (£2,593), and South Korea (£1,960). 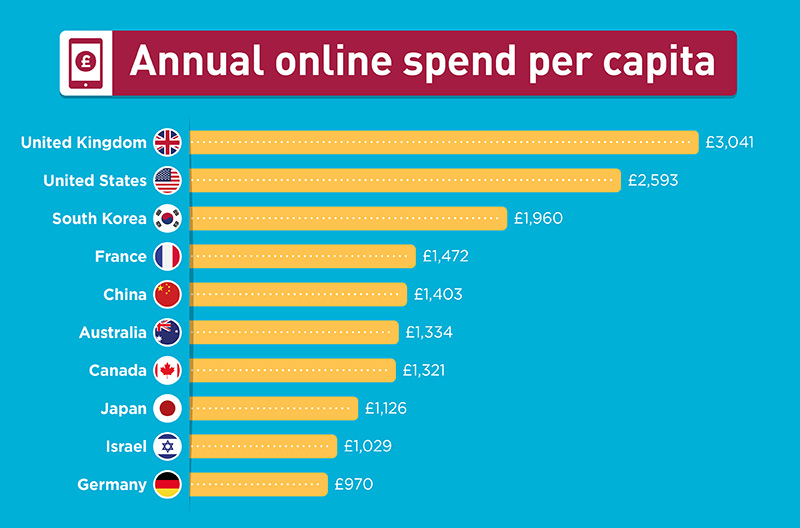 There is a huge opportunity for businesses targeting customers from these nations online. These are the countries where people spend the most money, making them the most valuable customer markets for online retailers.

Although nearly all of the top ten ten spenders per capita keep their place on the list, things look a little different when you compare the capita’s total ecommerce revenue across the world: the UK falls to third with a total revenue of £69.4 billion, with China taking the top spot with £543.3 billion total spend, and the United States taking second with spending that amounts to £414.3 billion.

There’s some change further down the rankings, too; Israel drops out due to its smaller population, replaced by India who rise to 8th with a total spend of £24.4 billion. Canada and Australia take the final two places, racking up totals of £23.7 billion and £16 billion respectively, with the likes of Italy, Brazil and Russia narrowly missing out. These top ecommerce economies across the world are where businesses should be focusing their attention when it comes to online retail. 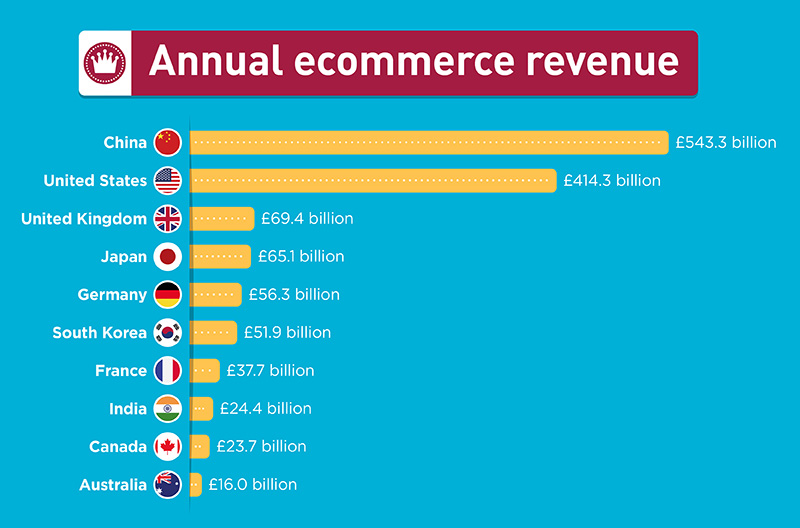 Economies on the rise

We’ve looked at who’s currently on top, but as technology becomes more accessible to everyone around the world, a number of nations are closing the gap. The rankings for growth are measured on each country’s predicted annual growth for B2C commerce from 2018 to 2022. 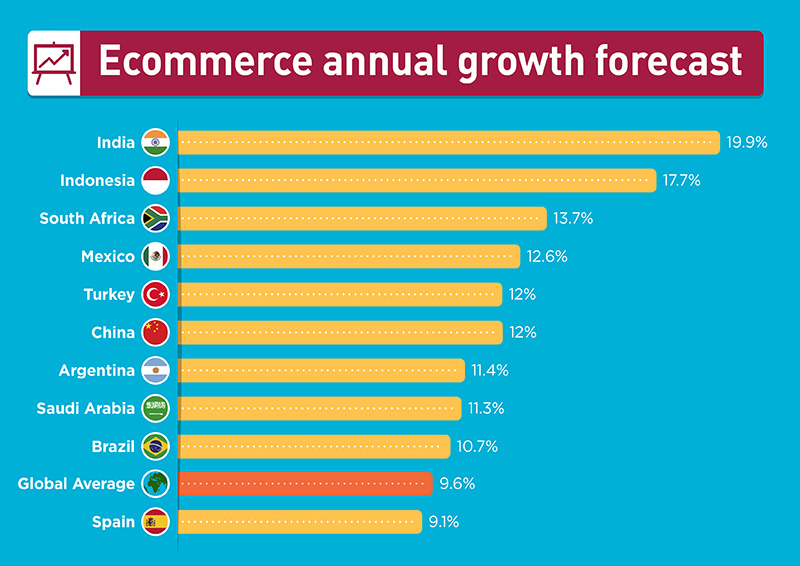 India is already in the top ten for ecommerce revenue, also boasting a predicted growth of 19.9%. Indonesia is predicted to see a growth of 17.7%, and South Africa completes the top three with 13.7%.

Despite missing out on the top ten for revenue, Brazil is also showing a fast growth rate of 10.7%. Spain’s revenue is predicted to rise by 9.1% as it looks to catch up with European rivals. The UK falls some way behind the global average when it comes to growth, rising at a rate of 5.8%.

These are the countries that, although they might not offer as many opportunities for online retailers as the current top spenders right now, are worth keeping on the radar for the coming years. India, for example, could be a key nation to keep an eye on – especially considering its sizeable population.

China looks set to continue its domination of ecommerce revenue, coming in at sixth for growth despite already generating the biggest revenue by some way. This adds weight to the point that it’s a country which online retailers can’t afford to ignore.

There’s a clear winner when looking at which industry currently dominates global ecommerce. Of our top spenders per capita – five of the top ten generate their biggest revenue from the fashion industry – making up for over a quarter of the UK’s total revenue (27%) and a huge 39% of China’s.

Another leading market is food and personal care – bringing in a huge £17.3 billion for Japan, and £13.5 billion for South Korea.

You can see a full list of the leading markets and the revenue generated below: 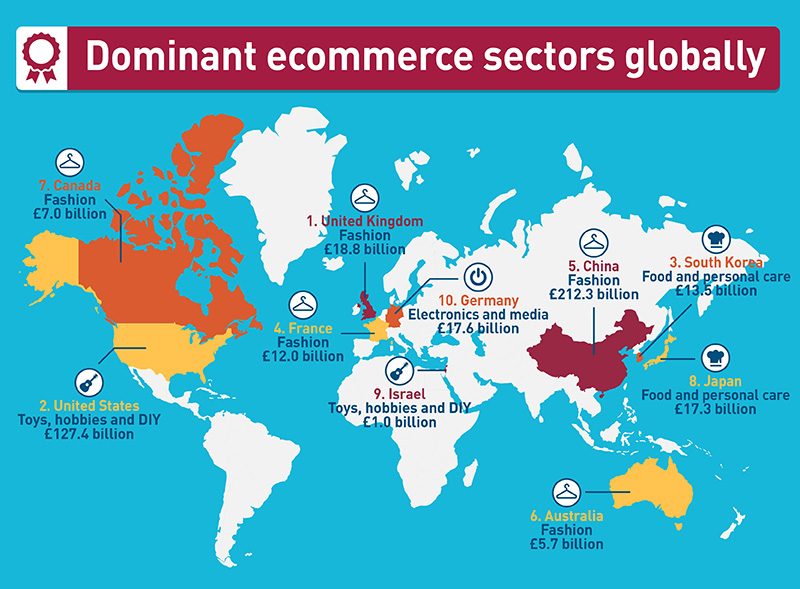 Rather than launching into a market based solely on its total ecommerce spend, businesses should consider which countries their industry is finding the most success and incorporate this into their global strategy.

Just because countries such as China generate such a high total revenue for ecommerce doesn’t mean there is opportunity for all businesses. Different cultures create more opportunities than others for certain market sectors. 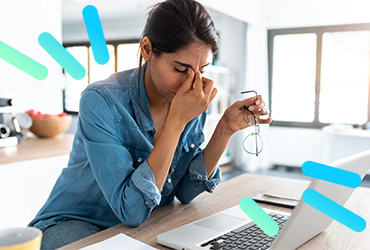 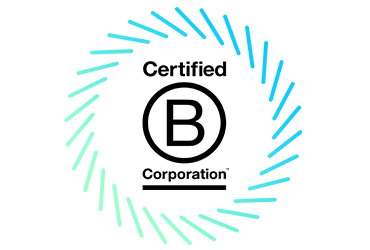