With the original target of £10,000 smashed a week before the Coast-to-Coast bike ride was due to take place, the team decided to raise their target and now have more than £20,000 to split between the two deserving charities; St Gemma’s Hospice (Leeds) and St Leonard’s Hospice (York). 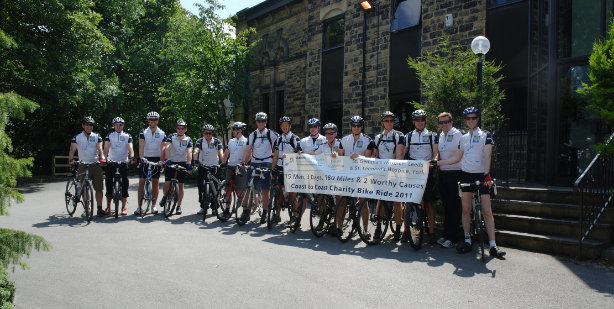 “The staff at St Gemma’s looked after Claire incredibly well in her last days. They made her comfortable and looked after us as a family”.

“The majority of the last year of my dad’s life was spent at St Leonards. I cannot thank them enough for the support and care they gave both my father and my family during this time”.

The traditional ‘Way of the Roses’ route took the 13-strong team from Morecambe on the West coast of England, across the country to the finish line at Bridlington on the East Coast. However, the lycra-lads took two detours to visit the hospices on the way.

Sadly, John was unable to complete the three-day ride due to a hip injury. John’s competitive spirit meant he was not prepared to take a back seat as team photographer, instead planning a second coast-to-coast ride for charity. This time the team want to complete the 180-mile journey in just two days.

“Crossing the country from west to east on a bike is a great thing to do, and we are very grateful to John, Ian, and all their colleagues, for undertaking it on behalf of St Leonard’s and St Gemma’s. They did a brilliant job.”

“They have managed to raise an incredible amount of money that will really make a difference to the patients and families we support at St Gemma’s Hospice. Without the support of the local community, and fundraising like this, we wouldn’t be able to provide our services free of charge.”

Contributions are still welcomed: you can donate by visiting the Virgin Money Giving Page. 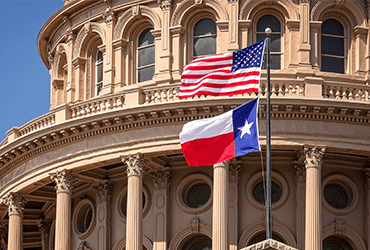