Social media addiction – are you hooked?

Social media has become part of our everyday lives and I’m sure many of us have sometimes wondered what we did before Facebook existed. It has become an important source of news that we can access in one click instead of buying newspapers. Meeting friends for coffee has been replaced by online interaction via social media.

Social media can also play an important role in our political awareness, marketing and our childrens learning process. It can be seen as both negative and positive, bringing us together and also keeping us apart. Its fascinating how we can easily communicate with people all around the world but not necessarily talk to our next door neighbour.

Being French and living in the UK, I decided to carry out two surveys, one in French and one in English, in order to look at the social media habits between the two countries. In both surveys, Facebook turned out to be the most used social media (75% for the British and 88% for the French) and the second most popular was Twitter (12% for the British and 6% for the French). In examining the main function of social media, in both countries the vast majority (78%) believed that it is mainly used as a social tool rather than a media tool.

In March 2013, Facebook had 1.11 billion global users. On average there are 4.5 billion “likes” daily. While 200 million is the number of regular global users on Twitter and 500 million tweets are sent per day. Those mind-blowing numbers made me want to read a bit more about social media addiction. Social media has become a growing concern and many surveys about this topic have been carried out.

In London, specialised clinics have been set up to help deal with addiction to social media networks. In the UK, specialists treat more than a hundred patients a year and it has even been recognised as an official addiction. A study last year by the University of Chicago found it can be more addictive than cigarettes and alcohol.

The main symptoms of social addiction would be:

Here are some interesting results from the survey in each respective country (many thanks to the people who took the time to answer the questionnaire – merci à ceux qui ont répondu au questionnaire). 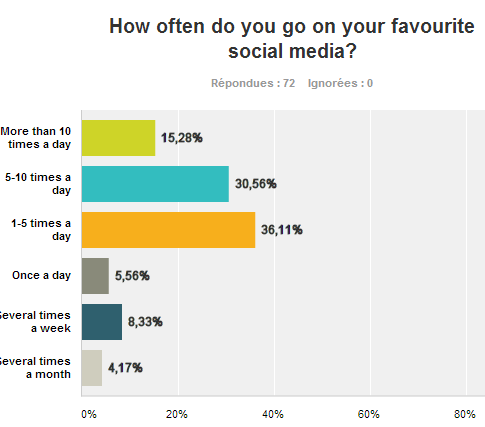 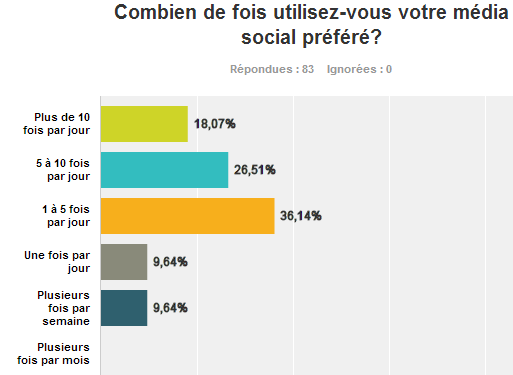 In both countries, 36% of users check their social media one to five times a day. However, a large number of people use it more than 10 times a day! 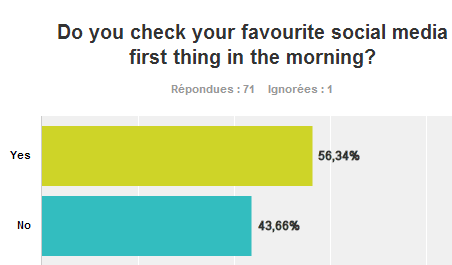 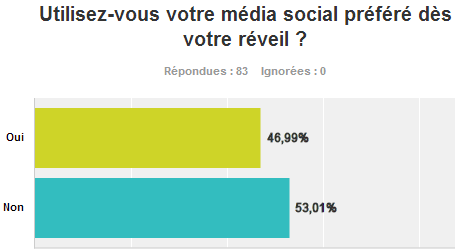 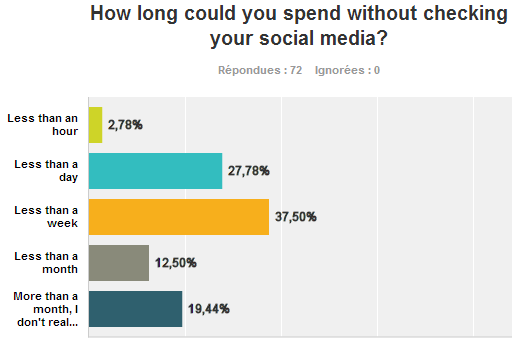 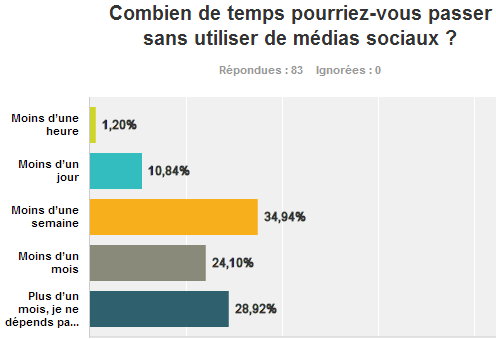 In both countries, 35% of users could spend less than a week without checking social media. In Britain 28% of users could not last more than a day. To the question: “Do you think you spend too much time on Social Media?” 48% of UK users answered yes compared to 59% of French users.

So, who needs to book in for rehab?