Five examples of great content marketing in 2014 so far 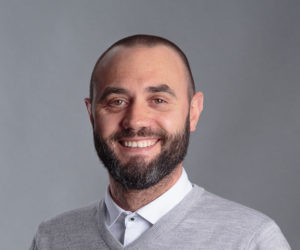 Game of Thrones bring The Wall to London

To mark the DVD release of series three of Game of Thrones its US network maker HBO commissioned the 3D depiction of The Wall from the show. Measuring over 70m in area the eye-tricking image was created on Londons Liverpool Street. 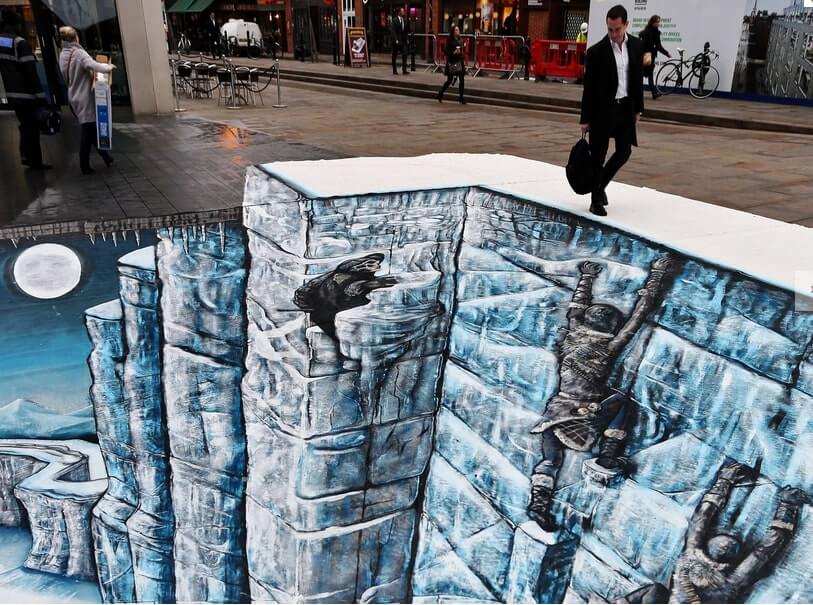 This isn’t the first time Game of Thrones has turned to striking imagery to garner publicity either, as this set of dragon bones on a Dorset beach shows.

(*Disclaimer: This comes under the category Most Effective Content rather than Great.) Whether you agree or disagree with Paddy Powers advert publicising the Irish bookmakers market on the Oscar Pistorius case is by the by (and also an argument I’m going to shamelessly side-step here). The fact remains that more people now know of Paddy Power than before the ad ran. This is because it evoked a reaction, in this case a backlash in the media and on Twitter resulting in the ASA banning the ad.

Controversy is part of Paddys brand though – a statement from the bookie responded to the ASA ruling read: “In your face KFC”, relating to the Colonels failure to get a previous controversial ad banned – and from an SEO point of view the ad attracted links galore. 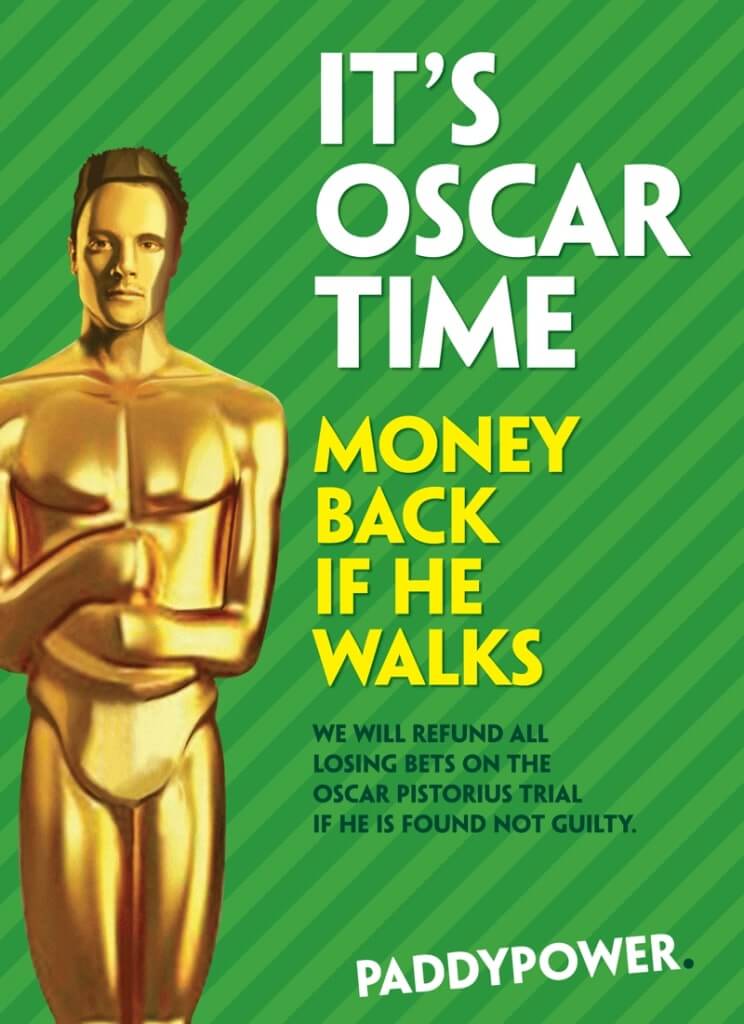 Brewdog stick it to Putin

Russia’s archaic attitude to homosexuals dominated headlines throughout the Sochi 2014 Winter Olympics and beer company Brewdog capitalised on this with the launch of a special protest beverage called ‘Hello, my name is Vladimir’ – they even sent a case to the Kremlin. Impeccably timed and in-fitting with Britain’s feelings towards Russia the stunt got blanket coverage and crucially a shed-load of natural links. 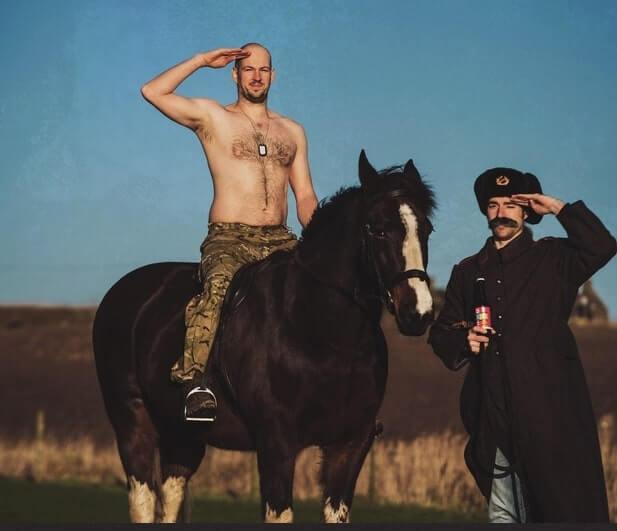 Wolves turn complaint on its head

A customer kicking off on social media is generally a bad thing but every now and again such complaints double as content opportunities. That was the case when a Wolves football fan took to Twitter to slate his club for selling him a replica shirt with an upside down crest emblazoned on it.

The usual response in these kinds of situations would be to tweet a public apology and then steer the conversation into Direct Messages before sending out a replacement shirt. Wolves however played on the mistake by responding with an upside down letter (below) detailing a generous recompense. The result: coverage in most of the nationals and one happy fan no doubt. 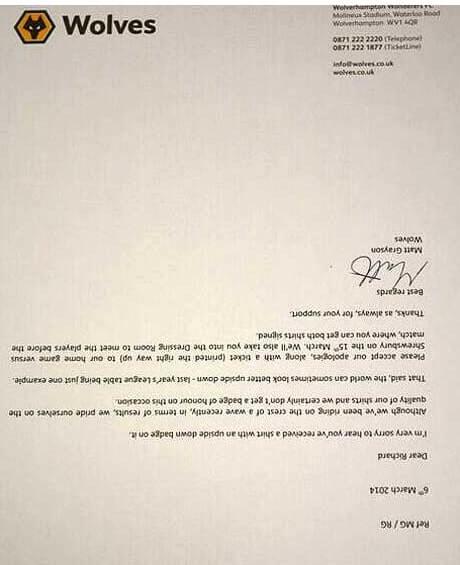 Heineken use infographic for crisis comms

Infographics have been a staple of content campaigns for a while now, however Heineken have extended this use to form part of a crisis comms strategy on social this week. The beer brand has been inadvertently linked to dog fighting in Mongolia, and with damaging images circulating on social this is a potentially costly problem for Heineken.

To combat this the beverage company has decided to address these images head on and get their side of the argument across in a simple infographic (below). Heineken are replying directly to any mentions of them and dog-fighting on Twitter with the infographic and it appears to be working a treat. 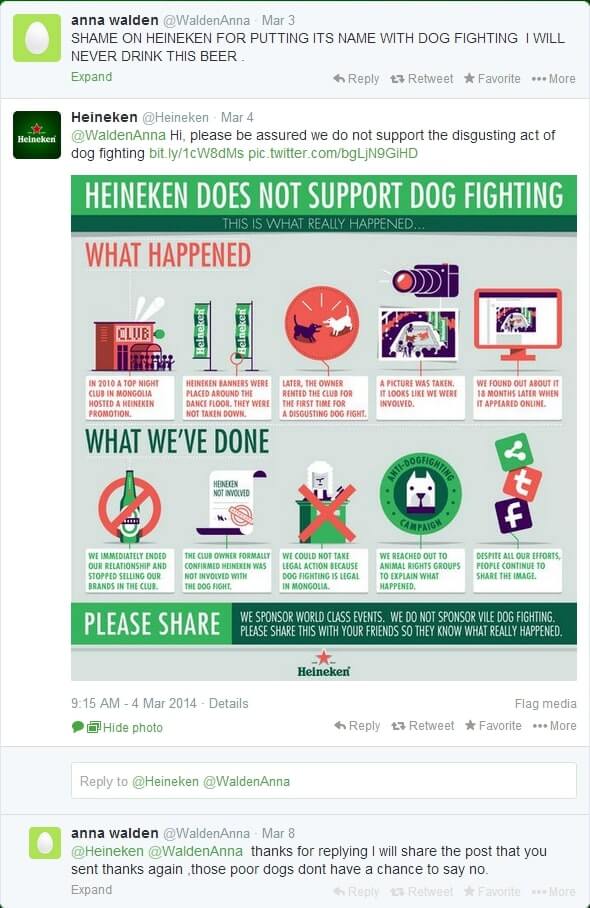