Despite the fact they can cost a small fortune to make yet don’t return any money, short films are a growing online presence as directors and actors use the internet as a platform to showcase their talents in a bid to win awards or pitch ideas for features. Traditionally a staple of film festivals, short films now have an increasing number of outlets to maximise their reach, with popular sites such as YouTube, Vimeo, Shorts HD, Fandor, Funny or Die, Distrify and others providing services which easily allow viewers to consume new content.

While shorts may not be to the tastes of many who engage primarily with mainstream feature-length film, they are popular with those seeking original or deviant content, which includes Hollywood producers looking for ‘The Next Big Thing’. If they manage to garner enough exposure, film-makers can use their short as a vehicle to a future career in Tinseltown, letting the world know who they are and what they are capable of.

But how exactly do you go about promoting your film in a world which sees over 300 hours of video uploaded to YouTube every minute?

‘You can’t just put a film online and expect people to find it just because it’s a good film’ explains film-maker Andrew Allen speaking to ShortOfTheWeek.com, ‘you need a surge of traffic to get noticed’. Discussing what he learned from promoting his film The Thomas Beale Cipher (2011), Allen points out that the very expensive ‘year-long festival run doesn’t make sense to me anymore. Medium and smaller festivals just can’t compete with the reach and impact of what you can do online. Next time I’ll keep the entrance fee money and put it toward online marketing. I’ve come to think of a festival run as more of a preview screening… the wide release where a short film can make its biggest impact happens online’.

Like all smart film promoters, Allen didn’t limit his launch plan to a YouTube upload. In fact, he forwent YouTube altogether and instead posted it on Vimeo due to the site having a stronger film-making community more inclined to share such content. This was followed by a week-long campaign which involved offering interviews, guest posting and targeting others who might be interested in the film, which due to its subject matter, in the case of The Thomas Beale Cipher were technology publications.

However, much more can be done to promote a film even long before its premiere. Although it may be a no-brainer that any sort of promotional campaign these days should involve social media, it should be utilised as soon as possible. Frequently updating these outlets with pre-production and production progress such as fundraising, posters, stills and blogs not only helps build an audience for the accounts before the launch date (especially helpful if this is your first film and you have zero followers), but also ensures there is a level of anticipation for its arrival.

Before posting your film up make sure you do a keyword search to help maximise the SEO benefits in the description and media kit. If it doesn’t compromise your artistic integrity then a quick keyword search may be of help when coming up with a title for the film itself. Creating a hashtag will allow any information relating to the film to be easily found by those interested, as long as you make sure it is relevant and isn’t already in use. 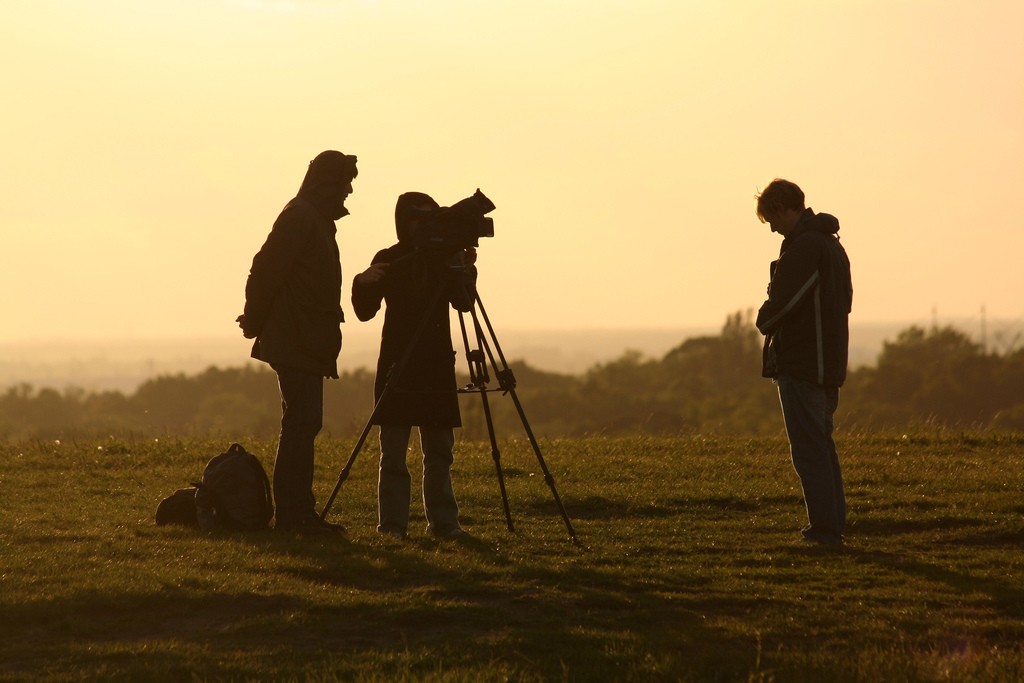 Get involved in the community, get into discussions on forums and make your presence known.

While Tumblr might suffice, having a dedicated site to your film/films is essential for demonstrating how serious you are about your craft. It needs to include your biography and should be kept up to date. Also make sure that your contact details can be easily accessed by all those Hollywood producers falling over themselves to offer you a deal.

Ask people to review your film on their sites. Don’t worry too much about receiving negative feedback, even if one or two people don’t like it if it is good then this will be reflected in what most reviewers say.

Guest posting may no longer be regarded as the best method for SEO, but in terms of traffic and building a reputation among relevant peers and industries there is little else that will benefit you more. Offering to be interviewed by a film website about your art and motivation can also yield the same results.

Developing your own channel can offer a real boon to your publicity. Although you may not be posting a new film every week, frequent videos where you disseminate news on upcoming projects and views on current industry news will keep your profile up and cultivate a reputation as someone who really knows their stuff.