Arabic content is less than 4% of the total content online. In a striking revelation, 95% of Fortune 500 websites in 2012 did not have an Arabic version. Hence, “Arabic content is a must”, says Ian Humphreys, Regional Director of Caliber Middle East. So what can you do to create successful Arabic content?

There have been some successful initiatives that boosted Arabic content on the internet. One, is Google’s ‘Arabic Web Days’ in 2012 where Arabic bloggers were encouraged to create Arabic content. Another initiative is that of Wikipedia. The initiative was set in 2012 to boost the 150,000 articles in the Arabic version of the website. In order for this to be successful, Wikipedia initiated a pilot project where selected Ain Shams and Cairo University students in Egypt had to write and edit Arabic articles as part of their assignments under the guidance of their professors. The number of Arabic articles has risen to 350,000 as of April 2015. Yahoo! too, has had an impact on the Arabic content. Some of its successful ventures are its acquisition of Maktoob, an Arabic webmail service; a partnership with Aljazeera, Rotana, Saudi Publishing and BBC Arabic; a ‘Women Thought Leaders’ forum; and a partnership with the ictQATAR incubation centre. The partnership with ictQATAR is also set to develop the 2020 Doha Olympic bidding portal.

There are several challenges to content creation in the Middle East:

Arabs are collectivists. To guarantee a successful campaign, the focus of the content should be shifted towards community and family. This simple rule is proven to be successful in some of the biggest brands. An example of this is Nissan Pathfinder. Below are two pictures of Nissan Pathfinder ad. Picture A is an ad for Saudi Arabian Market and Picture B is for the US market. The only difference between them is that the ad for the Saudi Arabian one depicts the car as a ‘family car’ whilst the US one just states its properties. 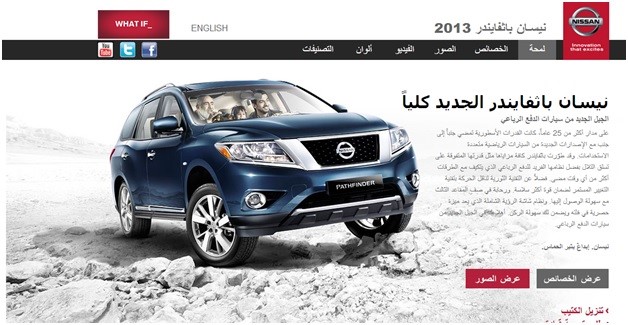 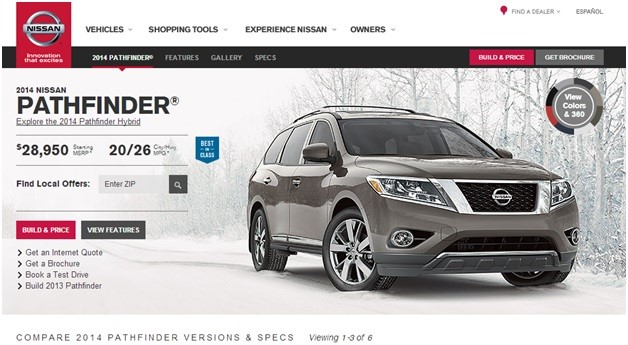 Another tip is to sell status with luxury as this does very well in the MENA mostly in the GCC countries (Bahrain, Kuwait, Oman, Qatar, Saudi Arabia and United Arab Emirates) and Lebanon.  However, it should be taken into account that this might not work in all Arabic markets. For example, the idea of luxury might work in the GCC countries where there is a huge middle class necessitating these goods, but it might not work in Egypt, the most populous country in the region with a much lower middle class.

Get the language right

Content should also be written in succinct language, in both Arabic and English for GCC (Gulf Cooperation Council) and Levant countries and Arabic and French for North African countries and Lebanon. This will only result in best audience outreach, as English and French are the languages in which business is conducted.

If the content is a ‘How to’ or a ‘Best Practice’, points should be easy to follow. Additionally, images that may be confusing for the readers should be avoided. One important rule to remember, though, when content writing for the Arabic market is that content should always be mobile-friendly as most Arabs use their smart phones to use the internet (more than 60% of Saudi Arabians own smart phones). Failing to make your website mobile-friendly in both Arabic and English could cost you leads.

Tailor to the audience

Finally, if running a competition, for example, asking users to upload their photos might not work in some of the conservative Middle Eastern countries like Saudi Arabia where women wear veils. It may be better to use another competition strategy. One example of this is L’Oréal’s Facebook competition where women were asked to submit ‘text’ stories about hair troubles. Another example is Rainbow Milk and AXE using quizzes and personality tests. It is also noteworthy that some channels might perform better than others. For instance, as very few people have a mailbox, direct mail campaigns are less effective than others.