How to Measure your Social Impact

Home    Insights    How to Measure your Social Impact 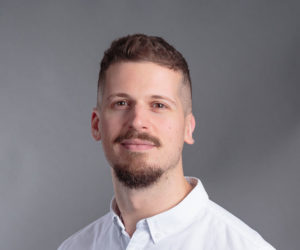 Social media gets a facelift, but is it actionable?

Social media has been growing in power over the past few years and although it is still unclear how it directly affects your brand page’s SEO, Google and the other major search engines are factoring it in more and more with each algorithm update. I’m sure many of will have noticed that your SERPs are noticeably different when logged in to Google+, as shares and +1s from your connections help to boost certain pieces of content for relevant keywords.

Fundamentally, it is these shares that matter most to those seeking an audience. A post that has been shared numerous times by individuals with large spheres of influence should in theory prove that it is of good quality, interesting or funny. In order to track these interactions, social media platforms Facebook and more recently Google+ now offer updated data services by which users can see a wide range of information about how their content has been shared. Twitter is yet to provide any sort of statistical data but has also received an update to its service over the last few weeks.

However, while it’s interesting and fun to have a look through the numbers and see how your content spreading, there is still some debate as to how useful the data actually is for businesses looking to act upon it. As these new developments have been in place for a few weeks, now would seem an appropriate time to weigh up the pros and cons.

There was a big fuss over the last Facebook update. Its complete revamp of the timeline and other user interface properties caused the usual outcry about change and was followed by threats from members about leaving the site. In reality few probably did, especially when those with brands began to explore the new Insights tab on their page. The update allows brands to extract physical data in the form of a .CSV or spread sheet and use it to analyse brand visibility and their ROI.

Page owners are now able to see the demographic of the people that are liking their pages and sharing their posts. Posts can therefore be tailored to the demographic that is interacting on the most regular basis. Conversely, if content that was aimed at one age group is actually being picked up by another, future posts can be adapted. The impact of events that a brand is involved in can be tracked directly via the timeline shown below. 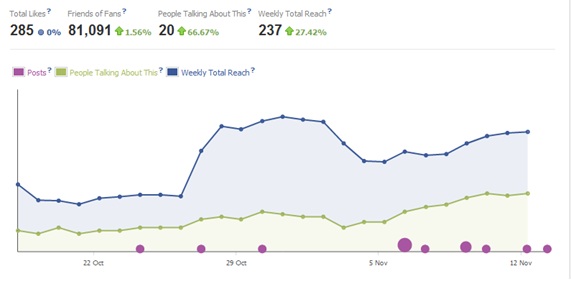 The frequency that people are shown content over the week can also be accessed, which allows the owner to view both unique and previous visitors to the site side by side. This is a distinct improvement in accuracy over their previous service, which only offered one impressions figure. Also the source locations of likes, visits and people talking about your brand have been added. A brand could therefore use this data to geotarget posts for a select group of their audience. 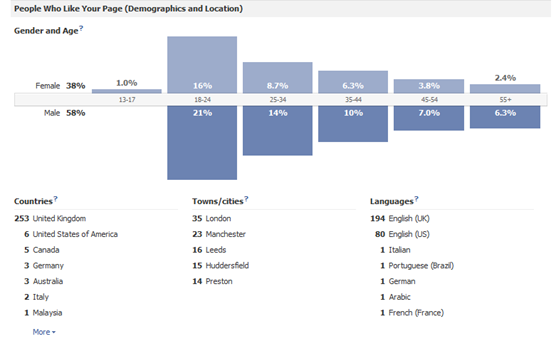 However, for all this useful data, the service lacks the details of actual individuals interacting with your page and how those interactions are then passed on. The nearest you get to this stat is the percentage ‘virality’ of each post. This is an area which Facebook will surely be quick to catch up on, with the potential of the Google+ metrics system being realised.

As noted by Casey on the SEOmoz blog last week, Google+ Ripples feature went largely unnoticed when it was launched almost three weeks ago. However on closer inspection, it becomes apparent that this is a tool that brand owners and social media execs should not be overlooking. Just like a dropping a stone in a pond, Google+ tool places the source at the centre of a visualisation and then displays how the content spreads throughout the social network in real time.

Let’s take this post by Will Wheaton on the eviction of Occupy from New York’s Zuccotti Park. Its Ripples page can be seen below, accessible on G+ by clicking the drop down menu to the right of the post itself. The most recent and total number of shares statistics can be seen at the top left, above the visualisation. The graphic itself shows how the post has been shared via arrows to each user doing the sharing. Circles around the arrowheads indicate that particular user has a sphere of influence that people within his connection group are sharing the same post within. You can zoom in on each of these sections to see the individuals within these groups. 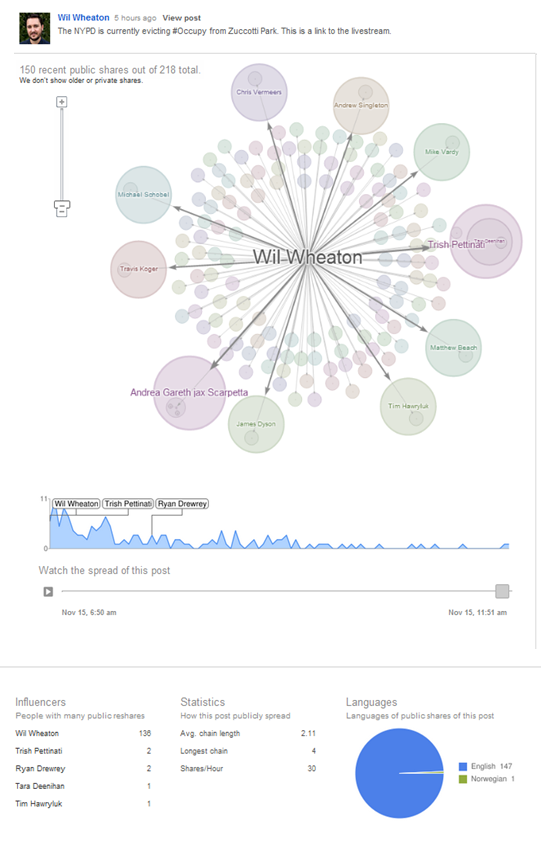 Below is a very cool time line feature, which allows you to playback the sequence in which the post was shared and a graph showing the peaks and troughs of sharing frequency over time. Finally, you can see the main influencers, i.e. users with most re-shares, a few stats on how the post spread and the different languages it was shared in.

There are currently a few limitations to the Ripples feature though, detailed by Ryan Crowe. First off, the post has to be public in order for you to view its Ripples. They also only date back to August 31st at the moment and you can only access the Ripples of a post if it has been publicly re-shared once. You are able however, to re-share a Ripples page by linking to it.

The main advantage of this Google+ feature for businesses over Facebook Insights is obviously the ability to view the individual main influencers of content. Brands producing content can actively hunt for shares via certain highly influential users. If they don’t already have a connection with the individual they can look to build a relationship with someone who is active within the desired user’s group of connections. This could be done through LinkedIn or any other contact info on their page.

In short, Google+ appears to have one-upped Facebook Insights in terms of how actionable the data is, although it does lack a downloadable option. Whilst brand owners have been able to track social interactions via Google Analytics for some time, these new updates have opened the door for increasingly targeted social activities. As social media becomes more and more influential to SERPs, brands will need to be completely switched on to maximise their impact.