Germany’s internet is slow. So slow, in fact, that according to Akamai’s State of the Internet Report (see Figure 1) Germany does not even make the world’s top thirty. The average internet speed in Germany (8.7 mbits/s) is thirty percent slower than other nations in Europe like Switzerland, Sweden, the Netherlands, Ireland, Latvia and the Czech Republic. This is surprising for a country which claims that ‘Vorsprung durch Technik’ (English advancing through technology) is essential. 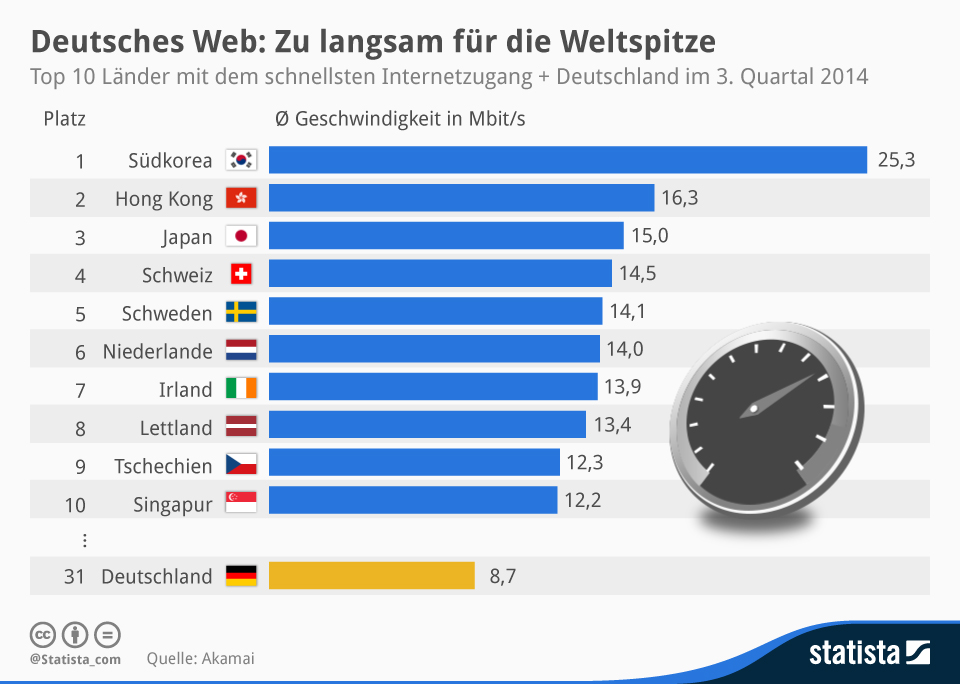 Although speed has increased from 6 to 8.7 mbits/s since 2012, Germany fell in ranking positions from 19th in 2012 to 31st in 2014. Michael Kroker, journalist for one of the biggest German Economy magazines, Wirtschafts Woche, perceives this development as a threat to the German economy as neighbouring countries in Europe are exceeding Germany’s capabilities.

Mobile internet is also falling short of global competition. According to We Are Social, only 18 percent of German internet traffic comes from a mobile device. The reason behind the low usage could be the relatively slow speed. The German magazine for mobile, ecommerce and social media (GFM Magazin) explains that within Europe, Germany has an average speed of 6.1 mbits/s. For an economic powerhouse like Germany, this is not satisfactory. That is why the federal network agency, Bundesnetzagentur, introduced new measurements to enforce every operator to guarantee a 98% coverage of German households with broadband mobile internet within three years.

Naturally, politicians are aware of the situation and try to change it. The problem is that investing in fast broadband is a costly enterprise that needs backing from the population. This is difficult as there is a deep-rooted fear towards technology in Germany. Gesche Joost, internet ambassador for the German government and professor for design research at the Berlin University of Arts thinks that there is an underlying fear of being replaced by machines. Everything is interconnected and even Hamburg harbour does not need any human control, operating on intelligent algorithms and a network of sensors. This can be a frightening thought. Joost claims that Germany is lacking a vision of a digital society; a vision to make use of the advantages of new technology helping people to partake in society, foster economic growth as well as enabling interconnected education. This way it does not come as a surprise that Germans in general are more concerned about privacy compared to markets like the UK or USA. This is reflected in the strict data protection laws in Germany, about which my colleague Ms. Stocks has written an extensive article on our blog.

Despite this fear of technology, Germans seem to enjoy ecommerce. According to We Are Social (see Figure 2) Germany is in second place with 63% of its population having bought something online, this is only surpassed by the UK with 64%. This shows that despite the concern about digitalisation and privacy, Germans are interested in shopping online. This reflects a study by the German voucher site deals.com, which found out that Germany is the second biggest ecommerce market in Europe behind the UK. 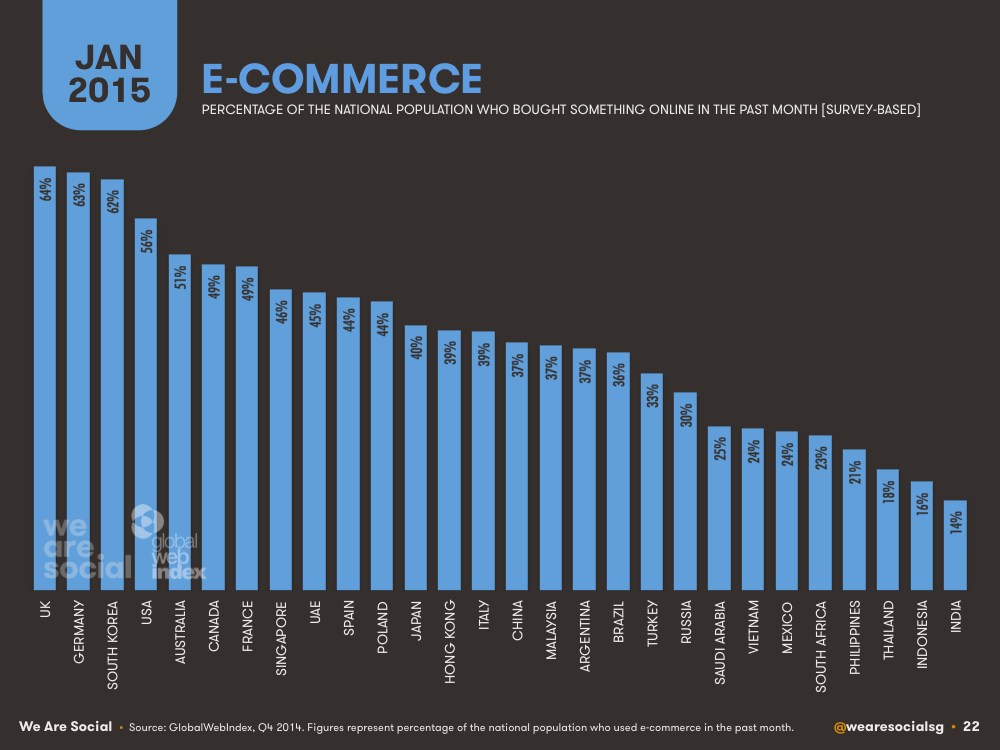 Figure 2: Percentage of population who used ecommerce by country; source: We Are Social

This information demonstrates that you need to optimise your client’s site, not just in terms of language, but also for Germany’s infrastructure and culture. If you want to be successful in the German market, ensure that the loading time is as short as possible, even if that means that you have to remove animation to accommodate faster speeds. Finally, make sure that you take the privacy concerns of your customers and clients seriously. Make sure your data protection privacy is visible (e.g. privacy protection, return policy, payment methods etc.) and of course in German. Nothing kills trust in your company more than badly-translated content about issues that your customers care about.