Home    Insights    Tools for creative content – alternatives to the Infographic 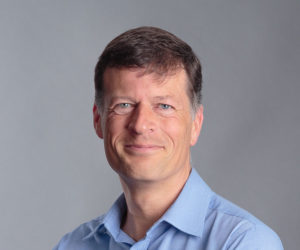 In recent years, Infographics have been increasingly used in online articles to communicate information in a concise and visual way. A quick Google will uncover any number of free tools available which make it quick and easy to blend imagery, graphics and data to present anything from survey results to more complex datasets – all you need are the design skills to create a good one.

However, you can have too much of a good thing, and sometimes data needs more explanation than can be crammed into a single page – so what alternative options are there?

For the richest and most interactive content, a video is the obvious choice. Embedding the video in your blog post or article, as well as sharing on a social site such as YouTube increases the potential reach of the content and allows for as much in depth discussion about an article as you want. If you’re wanting to be more creative (or have a limited budget), a 6 second Vine is a great way to challenge yourself to get the point across (very) concisely. However, making videos isn’t always possible. They’re relatively time consuming to record and edit, require good editing skills to look professional, and also need an engaging presenter and ‘cast’.

If you’re lucky enough to have these skills in-house, all well and good. If not, however, all is not lost. Traditional tools such as PowerPoint, Google Slides or KeyNote are still the way most people create presentations. They are easy to create, familiar to most users, and have an array of animations, transitions and other effects to keep them engaging. As long as you resist the temptation to create too many slides and make the presentation over-long, the recent r

ise of social sites such as Slideshare have shown there’s a huge market for sharing this type of presentation. As with YouTube for video, they open up your content to a much wider audience and provide an additional platform on which they can be discovered.

If you want to take your presentations to the next level, you could try tools such as Prezi or Haiku Deck, which aim to make it easier to create highly focused, animated and engaging presentations. Prezi has a bit of learning curve in terms of understanding the swooping animations, but does allow you to really grab the viewers attention. Go steady on the transitions though – too much motion can soon induce sea-sickness in the viewer.

Haiku Deck on the other hand is simpler, and that in many respects is it’s key benefit. It comes with a set of pre-defined slide templates, together with a vast array of images that make creating a professional presentation (including user-defined charts and graphs) easy – no matter what your level of expertise.

k with two new offerings. Office Mix is an add-in for PowerPoint which allows you to record video, voice-over and annotations on your presentations, and then upload to the Office Mix Video portal. It also allows you to include screen recordings, other video and even create quizzes and polls. Interestingly SlideShare dropped their similar SlideCasts as they weren’t as popular as they’d expected, so time will tell whether Microsoft’s offering is more successful.

Last, there’s Sway – another new tool from Microsoft currently in beta (see the video below). This is aimed more at creating fluid, touch-friendly presentations which allow the user to move around and explore the presentation in a more interactive manner. Like Haiku, it gives to access to a library of images (Bing Images) to include in your presentations, and allows for ad-hoc charts and graphs to be created. It’s definitely in its infancy at the moment, and takes some getting used to compared for those familiar with PowerPoint, but as more of us use mobile and touchscreen devices, it could become the ‘new PowerPoint’.

I hope this has given you some ideas for new tools to try when creating online presentations and alternatives to the well-worn infographic.