Read how a car rental company found humour in Germany, by jumping on a recent news story.

Germany’s train driver union (GDL) was in the middle of the longest strike in its history and had declared to strike for 4 days. This was not met with support by the public as major disruptions were expected. The lack of support is probably the reason that the Union announced on Friday that it will be cutting its strike short by ending on Saturday. This news story has become the unlikely setup of an unusually funny and successful campaign by the German-based international car rental company Sixt.

I love you very much, GDL 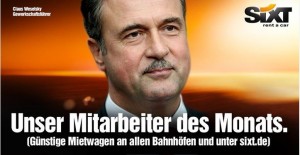 Sixt has thanked the GDL openly with a loving message “HDGDL, GDL”, a German abbreviation meaning “I love you very much, GDL”. Sixt has excelled with its tongue-in-cheek campaign, by underlining the company’s benefit from the strike in a way that provides comic relief for all those affected. 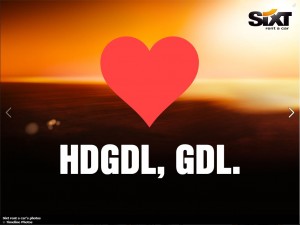 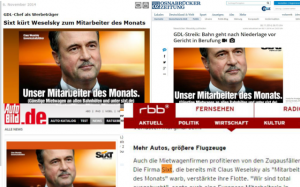 The exposure on social media has been equally successful. Both images combined have over 7,700 Facebook shares. Articles that covered this story have been shared over 10,000 times. Over 250 German Tweets regarding the employee of the month campaign have been sent in the last 2 days. This is all the more astonishing given Germans caution towards Twitter, which is reflected in the strong data protection laws in Germany. 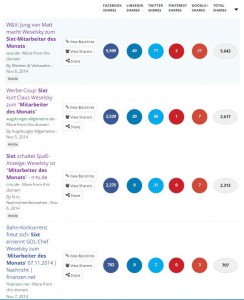 The Sixt sense for success

Aside from the spot on timing and the funny angle, the success also traces back to the way the images were rolled out. Sixt published the employment of the month image not only on its website and blog, but also its social media platforms and print ads in newspapers. Seeding out the content across multiple media channels encouraged maximum exposure. As the great exposure and fantastic response to Sixts campaign shows, it can pay off to take a funny angle on a serious story, even in Germany.