Search Engines As Trusted As The Media

Home    Insights    Search Engines As Trusted As The Media

Picture the scene: You’re sat on your sofa watching The One Show when your phone vibrates with a text from a friend, who asks if you’ve seen the big news story that is breaking.

Obviously you haven’t, as you’ve been engrossed in the witty exchanges of Alex Jones and Matt Baker for the last 20 minutes – but your friends text has piqued your interest.

So where do you turn to get up-to-date with this big news? Do you open up your laptop and log on to the Daily Mail website? Grab your tablet and check out bbc.co.uk? Or – perish the thought! – abandon Jones and Baker and switch to Sky News?

You may – but a recent study suggests you’d be just as likely to head to Google.

Search engines along with mainstream media are the most trusted source of information, according to the 13th annual Edelman Trust Barometer survey.

The Barometer – which surveys over 25,000 people across 26 countries, all of whom are educated to at least university level and are within the top quartile for household income – reports that both search engines and the traditional media have a trust rate of 58%.

In comparison social media has just a 26% trust rate in developed markets, so you certainly wouldn’t be scrolling through reams of Twitter feeds to catch up on that breaking story. Social media’s trust rate rockets up to 58% in the emerging markets, which on the whole have a much more trusting population compared to their developed counterparts.

For example search engines have a 71% trust rate in emerging countries, with developed markets boasting a percentage of only 51.

The Barometer fails to offer any convincing theories for the factors behind this discrepancy. Perhaps information in emerging markets is less ubiquitous compared to those that are developed and therefore cynicism has yet to take hold.

Unsurprisingly the youngest generation surveyed (18-29-years-old) place most of their trust in the global search engines, with 61% citing Google and co. as their preferred source for information. Traditional media, which also suffered in the UK trust rates following the Leveson Inquiry, ranks lowest within this age band. 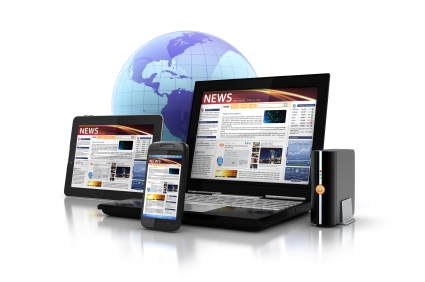 Search engines are undoubtedly portrayed favourably in the Barometer and sharing the overall trust top spot for information with the wider media is no mean feat, while many commentators have focused on more people trusting internet search rather than social media.

However, the fact remains that only 58% of people admit to trusting search engines and that is unlikely to have the staff at Google, Bing and Yahoo popping champagne corks anytime soon.